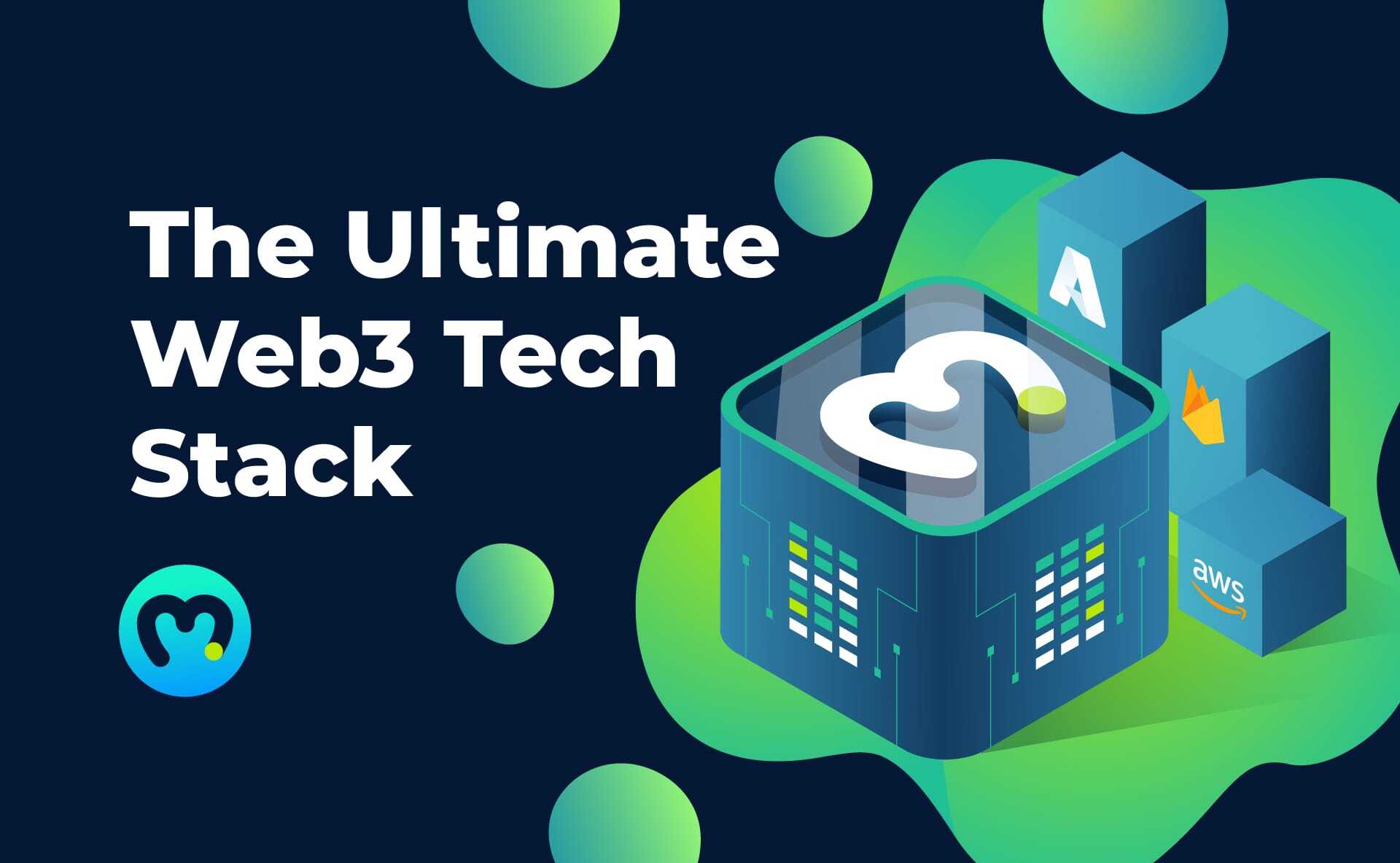 Even though the first programmable blockchain (Ethereum) came to life over six years ago, we are still early in the Web3 game. This has largely had to do with a historic lack of Web3 tools for developers. As such, blockchain development was long overly complex. For example, the main way to create decentralized applications (dApps) was long to build directly on top of nodes. Since building on e.g. Ethereum nodes is rather primitive, many devs were impaired by the limitations of RPC nodes. Now, however, Web3 development is becoming easier than ever. With the introduction of Moralis, the definitive Web3 tech stack, Web3 development is now far more accessible.

We will devote this article to taking a closer look at the current Web3 tech stack. Throughout the following sections, you’ll get an excellent overview of all layers involved in blockchain development. Plus, you’ll learn about many incredible tools that are waiting to be utilized by you. Nonetheless, you’ll be introduced to Moralis, the premier Web3 development platform, sometimes known as the “Firebase for crypto”. When using Moralis, you will save time and resources, giving you a chance to perfect your dApp’s frontend. In addition, Moralis has cross-chain interoperability built-in, which will future-proof your projects. Thus, make sure to create your account today. But enough about Moralis for now; let’s rather focus on the broader view of the Web3 tech stack.

Before we take a closer look at each level of the Web3 tech stack, it’s important to have a clear picture in mind. Since a picture can be worth a thousand words, make sure to take a good look at this image:

In the image above, you can see that programmable chains are at the lowest level of the Web3 tech stack and that Web3 applications (dApps) are at the top. In between, we have (from the bottom to the top) nodes, APIs, and platforms. As mentioned, we will take a closer look at each of these levels of the Web3 stack. However, if there’s one thing we want you to take away from this article, it is the image above (its meaning).

Now, let us ask you a quick question before moving on. Which of the above levels do most users care about? Yes, it’s the top one. This is an important fact that you, as a dApp developer, need to keep in mind at all times. This will enable you to select your particular Web3 tech stack in a way that will enable you to focus your resources on the “applications” level. Thus, you will avoid wasting too much precious time on creating your own backend. Instead, use the right tools and cover that part in minutes. With the right tools, you can reach your users faster and offer them a much better experience. Therefore, make sure to choose your Web3 development tools wisely.

Blockchains, or to be exact, programmable blockchains, are the first Web3 tech stack layer. If you take that layer away, there’s no Web3 development, no dApps. As such, this is the core. Fortunately, there are many reputable public available options at your disposal. Of course, Ethereum is still the leader. Though, high Ethereum gas fees are making way for so-called “ETH killers”. However, Ethereum is simply too big and has too strong of a community to be overshadowed anytime soon. Nonetheless, the future will most likely be all about cross-chain interoperability with multiple quality chains carrying the load. Some mention-worthy programmable blockchains include (but are not limited to) Binance Smart Chain (BSC), Avalanche, Polygon, Solana, and Fantom.

You can look at the blockchains (the protocols) as CPUs. How often have you interacted directly with a CPU in all your development days? Most likely never, right? As such, you can’t expect to interact directly with blockchains either. Furthermore, to communicate with blockchains, you need to run a node. Essentially, nodes are pieces of software that connect with other nodes on the same chain. As such, nodes enable you to speak with the chain (the blockchain network) and access its data. The problem is that running a node is a full-time job. In most cases, it requires a team for maintenance, proper backup, and much more. Thus, it is not a proper solution for developers. That is why there are several specialized blockchain node providers that devote all their time to running nodes.

Above, you’ve learned that you need nodes to communicate with the blockchain. Also, you now know that running your own node as a developer is not the way to go. Fortunately, you have quite many services that provide nodes for you. Companies such as Infura, Alchemy, Chainstack, Getblock, Pocket Network (decentralized), Quicknode, and RunNode enable you to use their nodes. As such, you don’t have to worry about running and maintaining your own nodes. This sounds like a great solution, right? Well, nodes are still limited, and you can’t actually get a lot of data from them.

For example, you’d think that a node should be able to tell you the balances of various users, right? Well, it can’t. It can only focus on a specific chain and can’t cover multiple smart contracts that are behind the crypto tokens. As such, nodes can give you the raw data from the blockchain. However, unfortunately, that raw data is rather useless. Of course, you can create your own infrastructure to make it useful, but that doesn’t make any sense for most developers. Remember, creating phenomenal user-friendly dApps is the goal! Thus, speaking to nodes directly (in most instances) isn’t the way to go. Doing so would still be like speaking directly with a CPU when building a website. As such, there must be a better way. Fortunately, this is where APIs come into the picture.

Application programming interface (API) is a set of definitions and protocols for building and integrating apps. Or, in the case of blockchains, dApps. It offers a neat way for a piece of software to interact with other pieces of software. Moreover, a proper set of APIs contributes to consistent coding in a stable environment. Fortunately, in 2022, there are several reputable Web3 API providers, such as Moralis, Covalent, The Graph, Quicknode, Alchemy, Bitquery, and Biconomy, just to name a few. The API providers have different APIs that connect to the nodes behind the scenes. As such, you don’t have to worry about that yourself.

APIs are the Web3 tech stack layer that you as a developer should interact with. That way, you can obtain all sorts of useful precompiled and precalculated on-chain data. All API providers offer documentation where details about their APIs are explained. For instance, Moralis documentation even provides you with practical examples for its broad range of useful endpoints. In turn, you get to cover many queries with short snippets of code.

Here are some examples of Moralis’ endpoints: getBlock, getDateToBlock, getLogsByAddress, getNFTTransfersByBlock, getTransaction, getTokenPrice, etc. As you can see, Moralis offers a wide range of APIs, including the ultimate NFT API, which makes NFT development straightforward. However, there are also other solid NFT API alternatives.

If you now look at the image in the “Web3 Tech Stack – An Overview” section again, you know that APIs and the above layers should be of interest. Furthermore, while APIs are a great way to communicate with the chain in many instances, there are even better methods available.

Looking at the legacy system, you have several development platforms. For instance, there are platforms such as Firebase, Azure, and Amazon Web Service (AWS). But when it comes to Web3, Moralis is the premier platform. Without a platform, you need to run your own backend in order to use APIs. This is where you’d build your database, login features, and so on, which can take weeks or even months. But with a platform, such as Moralis, you can fully focus on the frontend.

For instance, here are some of the powerful tools that Moralis provides you with:

As you can see, a platform is essentially an end-to-end experience. A proper Web3 platform provides you with all the necessary tools to get from an idea to a working dApp. Do you already have an idea? Use Moralis to bring it to life! All you need to do is create your free Moralis account. With your account ready, you’ll be able to log in to your admin area. From there, you can create a Moralis server, index the blockchain, and much more. If you combine the simplicity of Moralis with the ultimate Ethereum dApp boilerplate, you can have your dApp ready in minutes.

Finally, we’ve reached the top layer of the Web3 tech stack – Web3 applications. They are what all users are interested in. Moreover, this is where you can get creative and, thus, deliver a spectacular UI and offer the best UX. In addition, with excellent dApps, you also get to contribute to the mainstream adoption of blockchain technology. Furthermore, when using a proper development platform, it will cover most of the backend. In some instances, you will still communicate directly with APIs, but generally, the platform takes care of that. With that in mind, you may use Moralis to create a DeFi dashboard, an NFT marketplace, build an NFT game app, and other types of dApps.

At this point, you are all caught up and know that the Web3 tech stack consists of five layers:

Herein, you’ve also learned the basics of each layer. Thus, you now know that as a blockchain developer, you’ll focus on APIs and platforms to cover all your needs. Furthermore, by now, you’ve probably already created your free Moralis account. As such, you have full access to the ultimate Web3 development platform.

With Moralis on your side, its neat documentation, the Moralis YouTube channel, and the Moralis blog, you have all the tools to take your blockchain game to the next level. Moving forward, we recommend you take on some of our example projects. The latest ones include exploring gasless transactions on Ethereum, building a Web3 login in five steps, and how to interact with smart contracts through a website. By completing example projects, you will also learn how to complete the initial Moralis setup. Moreover, in some instances, you will also discover how to work with the most practical Web3 boilerplate. Also, don’t forget to learn about JavaScript ETH libraries (Web3.js vs Ethers.js), GameFi and play-to-earn (P2E), Web3 wallets, and the WalletConnect Android SDK.

However, in case you are not yet JavaScript-proficient, make sure to enroll in the “Build a DEX Using JavaScript” course. This will give you a chance to learn JavaScript from scratch by building real-world projects. By enrolling in Moralis Academy, you’ll also access some of the best communities in the industry. Also, as an academy member, you’ll have a chance to get professional mentoring from crypto experts. As such, you’ll be able to go full-time crypto in no time. 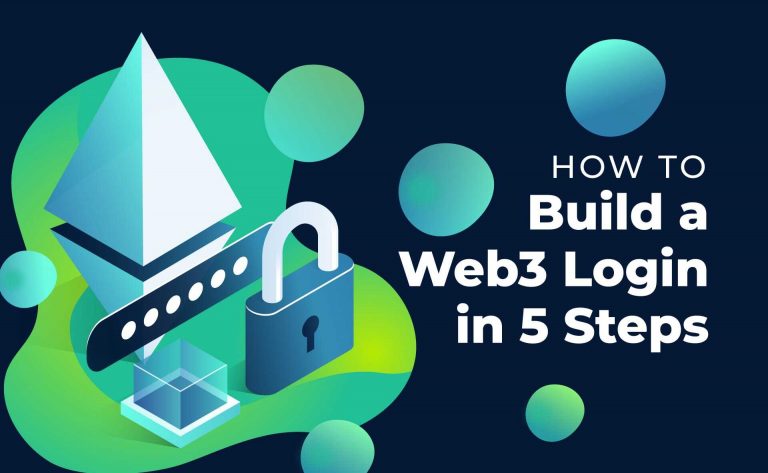 How to Build a Web3 Login in 5 Steps

In the following guide, we outline how to build a Web3 login – in just 5 simple steps. If you 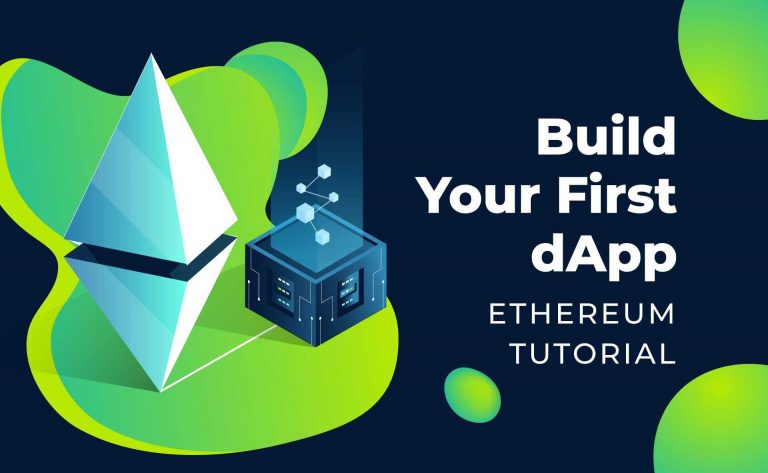 If you are getting started as a dApp developer, you must be eager to learn how to build your first 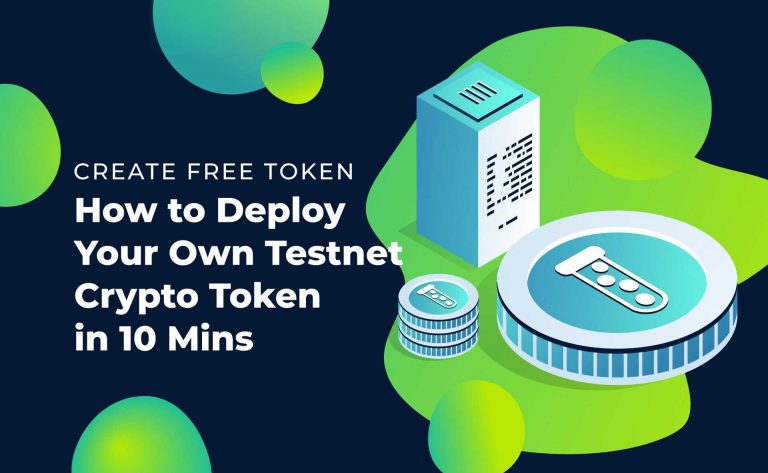 Whether you’re developing dApps, NFTs, or want to create free tokens, there is a crucial part in blockchain development programmers