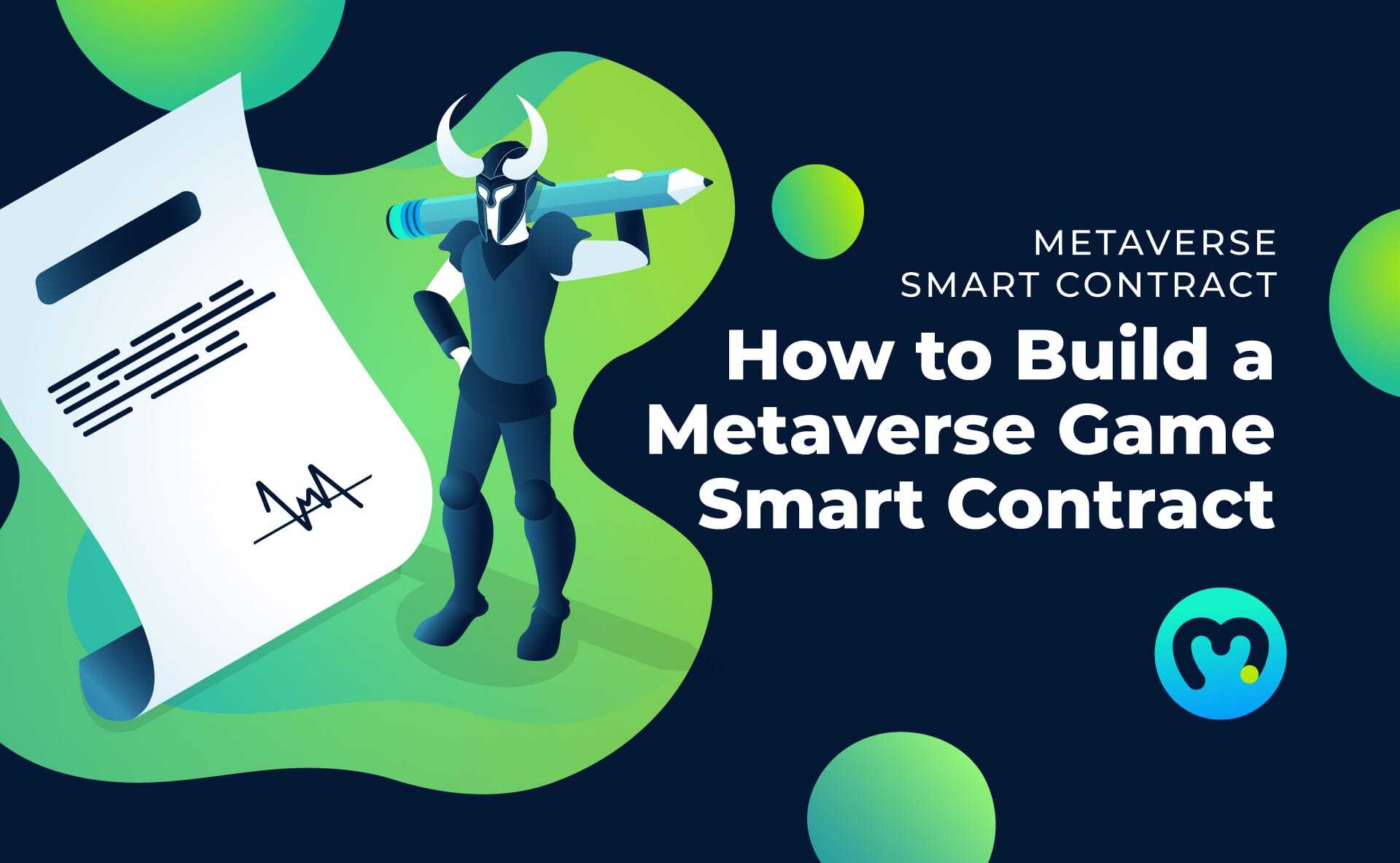 A smart contract on a programmable blockchain, such as Ethereum, is the key to automating specific actions that will execute when predefined conditions are met. Furthermore, they ensure that things run smoothly and in a fair manner. While there are all sorts of smart contracts out there, we will focus on metaverse smart contract examples herein. Despite the current fear and uncertainty in the present crypto market, metaverse development continues to soar. The fact that people play games no matter what the market conditions are probably has a lot to do with that. Now, since we are still pretty early in the game, this might be the best time to learn game smart contract programming. Moreover, for the sake of this tutorial, we’ve created a couple of metaverse smart contract examples. Moving forward, we’ll go through them together.

After getting familiar with our metaverse smart contracts, we’ll also show you how to use Remix to deploy them. With that knowledge under your belt, you will be ready to create a metaverse dApp. By using the Moralis Metaverse SDK, you can put your new game smart contract to use seamlessly. However, if you want to boost your skills and confidence first, be sure to check out our other tutorials. They come with boilerplate codes, which you can clone in many cases. As a result, you can have a functional Web3 game up and running in minutes. For instance, you can build a medieval metaverse game.

By taking on these simple example projects, you’ll strengthen your skills and get familiar with powerful Web3 development tools. Also, while the Web3 tech stack is evolving each day, Moralis remains the ultimate tool. This “Firebase for crypto” can help you save 87% of development time. Thus, sign up and give it a try today!

Before we dive into our metaverse smart contract examples, we want to ensure that we are all on the same page. Thus, let’s first cover some basics. Being able to answer “what are smart contracts?” and “what is the metaverse?” confidently will simplify things tremendously.

We’ve already mentioned that smart contracts exist to automate operations on blockchains. In addition, they also ensure that events such as transactions transpire according to set rules and standards. Moreover, there is a smart contract behind every token creation. Plus, smart contracts are also the backbone of all dApps (decentralized applications). In their essence, smart contracts are pieces of software that trigger certain actions once predefined conditions have been met. Thus, they also offer solutions for eliminating the middleman in countless industries. For a more detailed explanation of smart contracts, use the above link.

On the other hand, in its “truest” form (think Ready Player One), the metaverse is for now only a theory. As such, the word “metaverse” started being used for a wider range of online worlds. In these digital worlds, users can interact and engage in different activities. Hence, according to this vague definition, many multiplayer games could be considered as “metaverses”. However, the main focus of current metaverse development is in the crypto realm.

By using this disruptive technology, metaverses can easily include digital monetary systems. In turn, the value created in the metaverse could transfer into the real world. In addition, blockchain also gives people the chance to truly own their in-game assets, which can be represented by NFTs. Furthermore, metaverses built on top of the blockchain can be decentralized, which should be the ultimate goal. Use the link above to dive deeper into the “what is the metaverse?” discussion.

What is a Metaverse Smart Contract?

With the basics under your belt, you now know that smart contracts are the key to recording events and converting them into immutable on-chain data. As such, in-game assets’ ownership can be properly managed. Hence, a Moralis expert created a couple of smart contract examples that we will take a closer look at herein. Furthermore, we made all of them available on GitHub so that you can access them easily. That also means that you can use them in your games. Nonetheless, to make sure that you can easily follow along, start by cloning our NFT game sandbox. Moreover, we will be using Visual Studio Code (VSC); however, feel free to use any other code editor.

At the top of “Character.sol”, we have pragma directive. This tells the compiler of the contract which version of Solidity to use:

Following are the imports of other contracts. This is where we heavily utilize OpenZeppelin. As a result, we save a lot of time:

Then, we create state variables that will set up the rest of the smart contract’s functions. Moreover, most of these variables are public. For example, this is where the maximum limits of tokens per transfer and maximum limits for fees are set:

Moving forward, we define a “struct” type to represent a record of our characters’ attributes. This enables us to keep track of our character within our game’s universe:

We also need to map the above struct to a publicly accessible “var”, which enables us to retrieve on-chain info about the characters:

From that point on, we start focusing on the functions that will declare the logic of our smart contract. We start with a utility function to generate a random number that is used for our characters’ IDs and rarity. For more details about the functions used in our “Character.sol” metaverse smart contract, watch the video below, starting at 4:29. At 5:33, you will also get to see the “write” functions that update our characters’ attributes on the chain. Furthermore, these functions trigger player-executable and admin-executable actions.

Now it’s time to take a closer look at our “Asteroid.sol” metaverse smart contract. The general structure of this game smart contract is quite similar to “Character.sol”. As such, we also start with the pragma line:

Next, we have the imports of other smart contracts:

Then, we define the inheritance from the imported contracts above:

Following are the lines where we define public variables:

Moving forward, we define a struct type and then map it. Then, this finally gets us to “constructor()”:

This is where ERC-1155 plays a significant role. It enables us to mint each piece of in-game land by storing them in a decentralized manner using IPFS. Moreover, at its core, ERC-1155 is designed for bulk minting. As such, it fits our purpose better than ERC-721. For more details, use the video below at 8:20.

Once you have your smart contracts ready, you can deploy them in a pretty seamless manner using Remix. This browser-based tool is easy to use. Moreover, you can use the link to our metaverse smart contract examples given previously and then copy the entire code to Remix. There, you first create a new file, then paste the code and save it. Once your code is saved, you can compile your game smart contract example. Now you are ready to proceed with the deployment. Of course, make sure that you have your MetaMask ready and a sufficient amount of testnet tokens to cover the transaction fees. Nonetheless, for detailed guidance, use the video below at 9:53.

Here’s the video we’ve been referencing throughout the article:

At this point, you are an actual semi-expert on metaverse smart contracts. You’ve learned what they are, and you went through a couple of game smart contract examples to get a proper understanding. Along the way, you’ve also learned about Moralis. As such, you now know that this Web3 backend platform can cover all your blockchain-related backend needs. In addition, you’ve had a chance to see how to use Remix to deploy smart contracts in minutes as you watched the video.

Moving forward, we encourage you to take on some example projects to put your metaverse smart contact knowledge to use. On the other hand, you may want to explore other blockchain development topics. For both of these paths, the Moralis YouTube channel and the Moralis blog are just what you need. Both of these outlets offer a ton of valuable content. As such, they are undoubtedly one of the best ways regarding free crypto education. For instance, some of our latest topics dive deeper into Web3 e-commerce and how to build a Web3 Amazon marketplace, how to connect a Unity app to a Web3 wallet, Alchemy API alternatives, how to create a BNB Chain token quickly, cloning Coinbase Wallet, how to create a Solana token, NFT minting page creation, and much more.

On the other hand, you might want to become a blockchain developer as soon as possible. If that’s the case, taking a more professional approach usually works best. As such, consider enrolling in Moralis Academy. Aside from getting access to professional courses, you will also get your personalized study path. Moreover, you will become a part of one of the most supporting and loving blockchain communities. Plus, you will get expert mentoring to further boost your progress. 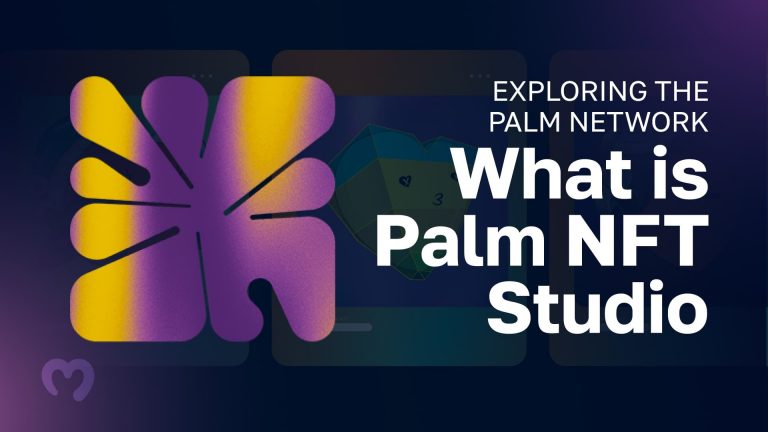 Exploring the Palm Network – What is Palm NFT Studio?

Palm NFT Studio is all about creating, trading, and managing NFTs more efficiently. Furthermore, Palm Studio has some big players 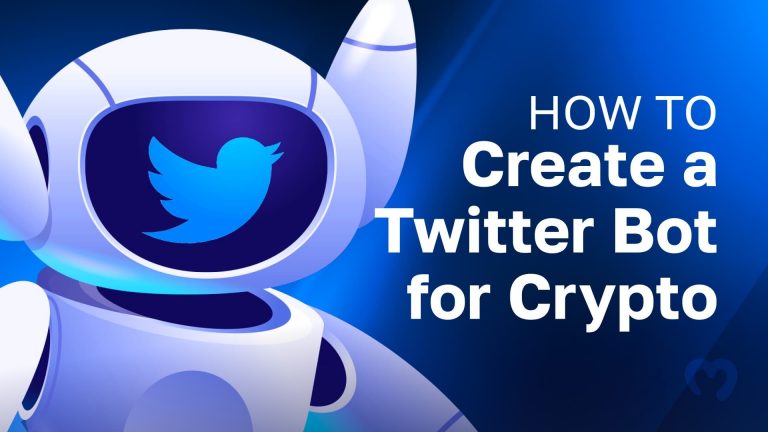 Today’s tutorial will teach you how to create a Twitter bot for crypto using Python, Moralis, and Twitter’s developer portal. 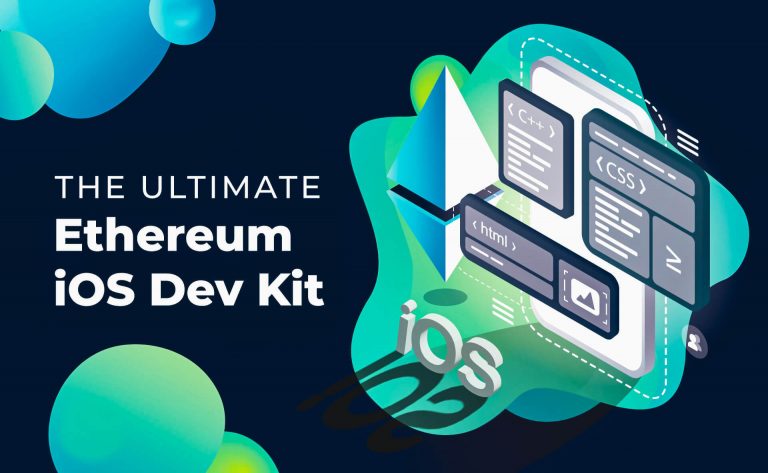 With iOS being one of the most popular smartphone operating systems, a blockchain developer would benefit from having a mobile-first