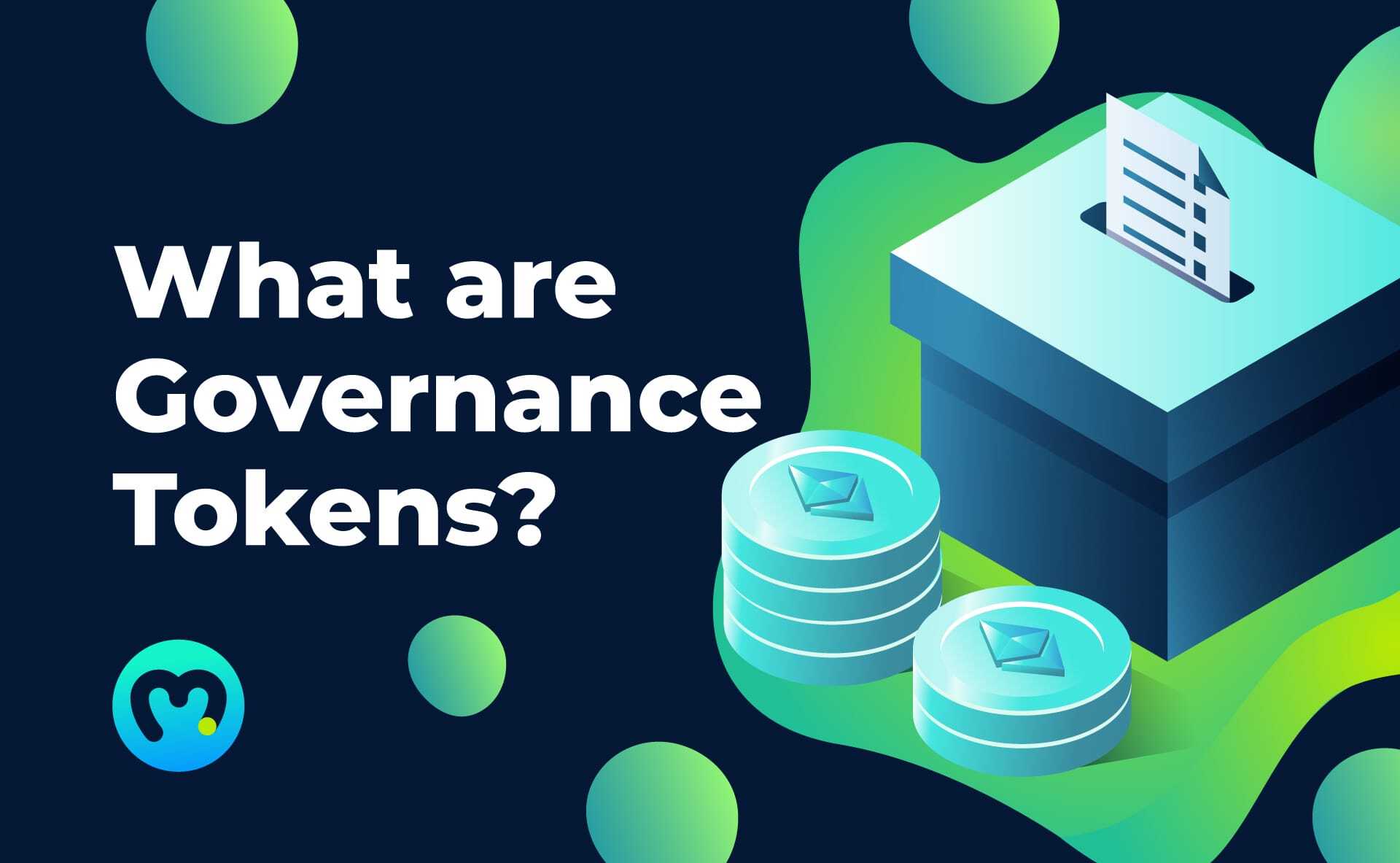 What are Governance Tokens? – Full Guide

Tokens are at the heart of Web3 and the cryptocurrency industry. There are generally two types of tokens: fungible and non-fungible tokens, with the latter also known as NFTs. These tokens can, in turn, serve different purposes. Other alternative token types are platform, security, utility, and governance tokens, to name a few. Governance tokens play an essential role in the decentralization of the internet, which is a vital aspect of Web3. As such, we will in this article look closer at these tokens and answer the question, “what are governance tokens?”.

A closely related concept interconnected with governance tokens is DAOs. DAO is an abbreviation for “decentralized autonomous organization”, which generally refers to the governance body of a project or dApp (decentralized application). As closely related concepts, we’re also going to dedicate a portion of this article to explaining DAOs. In addition, we will briefly look closer at the process of how you can create your own DAO using Moralis.

Moralis is the greatest operating system for Web3 development, which allows you to cut the average development time by 87% for all your future blockchain projects. Moralis provides an infinitely scalable backend infrastructure making blockchain development significantly more accessible. This, combined with tools such as Moralis Speedy Nodes, the Web3UI kit, the Moralis Price API, etc., supplies you with the best developer experience on the market!

If you have ambitions to become a blockchain developer, sign up with Moralis straight away! You can create an account entirely free, and you’ll receive immediate access to all of the platform’s tools. So, what are you waiting for? You have nothing to lose!

What are Governance Tokens?

“Governance tokens” is quite a self-explanatory term. Essentially, it refers to tokens that provide holders with governance rights within a particular protocol, game, dApp, or DeFi (decentralized finance) solution. However, what exactly does this mean in practice?

Traditional organizations generally have a centralized structure where individual leaders or a board of executives dictate the company’s future. This suggests that the power is bestowed upon one or a set of individuals who have the final say in all decisions. This is typically an efficient structure; however, individual investors, users, and other stakeholders have no way of influencing future decisions.

In Web3, thanks to smart contracts and tokens, it is possible to distribute power among the token holders. As such, it provides power to anyone holding a governance token, and they receive the right to lay forward propositions and participate in making decisions.

Even though token holders receive voting power, this power, in turn, can be distributed in different ways. The simplest structure is that one token is equal to one vote. However, this makes the system vulnerable since large investors can utilize their deep pockets to ensure that a project steers in the desired direction of their own.

To avoid issues like this, projects can implement other mechanisms and take other variables into account. For example, in some instances, the time a token is held provides greater voting power. This brings more power and incentives to early adopters who have believed in the project for a more extensive amount of time.

So, with a better understanding of what governance tokens are, another question remains: “what do token holders vote on?”. In the following section, we’ll explore some general examples to answer this question.

Governance Tokens – What do Holders Vote On?

Distributing control to stakeholders through governance tokens is often referred to as “on-chain governance”. The individuals participating in this system can vote on a number of different proposals ranging from minor details to more complex changes to the governance system itself.

The number of proposals is vast, and there are often as many as there are token holders. This suggests a wide variety of proposals that the token holders need to consider. However, some general examples can be changes to the ecosystem of a cryptocurrency to implement more advanced technology to increase security, interest rates in a DeFi protocol, or game mechanics of a video game.

To summarize, token holders vote on numerous different proposals. But how are these proposals presented, and how do the token holders actually vote? Well, the community of governance token holders propose suggestions. This community is, in many instances, referred to as a DAO or decentralized autonomous organization. So, what exactly is a DAO, and how are they initially created?

What are Governance Tokens? – DAOs Explained

Even though the logistics surrounding the practices of governing protocols, dApps, games, or DeFi platforms might vary, the general way in which they form remains the same. Once a project initially launches, it mints a number of governance tokens that individuals or groups on an open market then purchase. The people who purchase these tokens create a decentralized autonomous organization or DAO.

A DAO, in layman’s terms, refers to the governing body of a particular project or protocol. The organizations, in turn, often function through Ethereum smart contracts, which allow token holders to participate in the network and vote freely on matters concerning the projects’ future. Moreover, as this is on-chain governance, anyone with a device can participate if they hold tokens. As such, it is independent of where in the world they are located. This suggests that a DAO eliminates the traditional forms of governance and provides Web3 with a way of decentralizing decision-making.

DAOs, therefore, democratize blockchain projects and ensure that all users have a say in future prospects. Also, as anyone has the potential to propose changes, suggestions previously deemed “insignificant” can be discussed and voted on in the community.

DAOs provide several benefits, and two prominent examples are building community trust and transparency. By letting users and token holders participate in the project’s decision-making, it can build trust as the users themselves can decide whether a change should be implemented or not. Moreover, as decision-making takes place on-chain, it means that everything is as transparent as it gets.

As great features of the blockchain world, it can be extremely useful to have the ability to create DAOs. For this reason, we’re going to outline the process of creating a DAO in the following section.

Creating a DAO is generally a tedious task; however, with Moralis, this process becomes more accessible. If you are already proficient in JavaScript and Solidity programming, it shouldn’t be difficult to get your own DAO going. As this is the case, we’re going to provide an overview of the necessary steps to create a DAO.

This widget or app will allow users to do an essential action in a DAO, which is to sign votes in a poll using Web3 wallets. As such, these are the necessary steps:

How to Create a DAO in 5 Steps

With a server at hand, you’ll then need to fetch the server URL and application ID. You can find this information under the “View Details” button for the server in question. Then you can use this info to initialize Moralis in the “.env” file.

If you’d like a more comprehensive guide on the topic, check out the following article on how to create a DAO. Moreover, if you prefer watching videos to learn, take a closer look at this tutorial from the Moralis YouTube channel:

There is a substantial amount of different governance tokens out on the market, and it would be impossible to cover all of them in this article. As such, we’ll dive deeper into three governance tokens from some of the most significant protocols of the crypto industry. We’re going to take a closer look at Maker’s Maker (MKR), Uniswap’s UNI, and Aave’s AAVE. So, with no further ado, let’s begin by taking a closer look at Maker.

What are Governance Tokens? – Summary

Some of the crypto world’s most prominent features are tokens, and there are several different types. One of the most important is governance tokens, as they enable a higher degree of decentralization. Also, they provide a way of democratizing Web3 protocols, platforms, dApps, and games.

Typically, governance tokens sell when a Web3 project launches. Moreover, in exchange for tokens, buyers provide liquidity which makes up the treasury of a protocol. Whenever the protocol needs to implement changes, they use these funds.

Furthermore, governance tokens provide individuals with voting power, allowing them to have a say in a project’s future. The token holders often make up a DAO where suggestions are laid forward in the form of proposals which the token holders then decide on. Moreover, in its simplest form, one token is worth one vote on issues. However, this isn’t always the case as, for example, the time someone holds a token might influence the voting power.

In addition, we’ve also briefly covered what a DAO is and how they are created using Moralis. Moreover, if you have further interest in Web3 development, check out the Moralis blog and the Moralis YouTube channel. Here you’ll find outstanding and relevant articles on all sorts of blockchain-related content. For example, you can learn more about how to create your own NFT, the best languages for blockchain development, or how to create a DEX. You can also learn more about the Moralis operating system and discover the platform’s native support for MetaMask and IPFS.

If you are looking to become a blockchain developer, then the journey starts here at Moralis. You can sign up with Moralis for free and receive full access to the platform’s benefits. This will allow you to save both valuable time and money in all future blockchain projects! 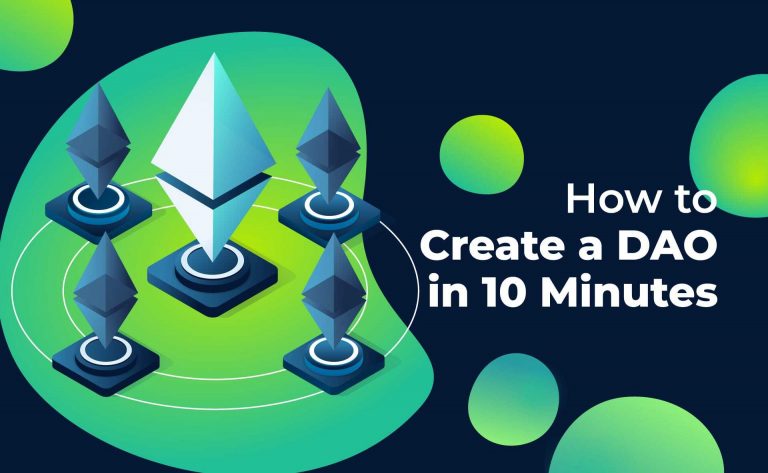 How to Create a DAO in 10 Minutes

If you’ve been following the development process of Ethereum’s ecosystem, including Web3 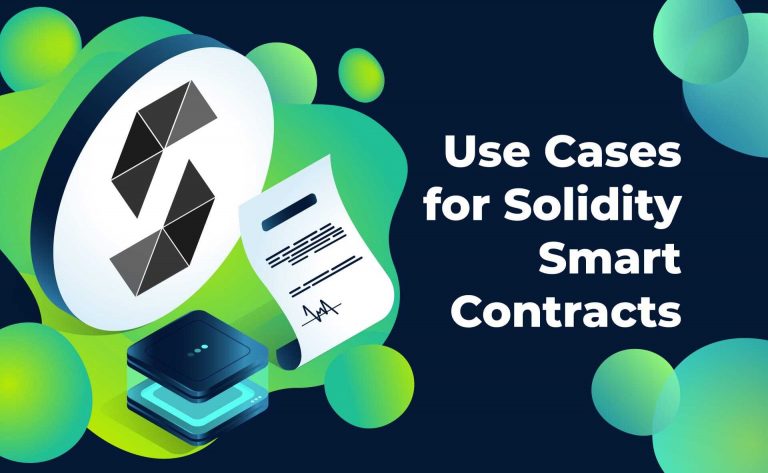 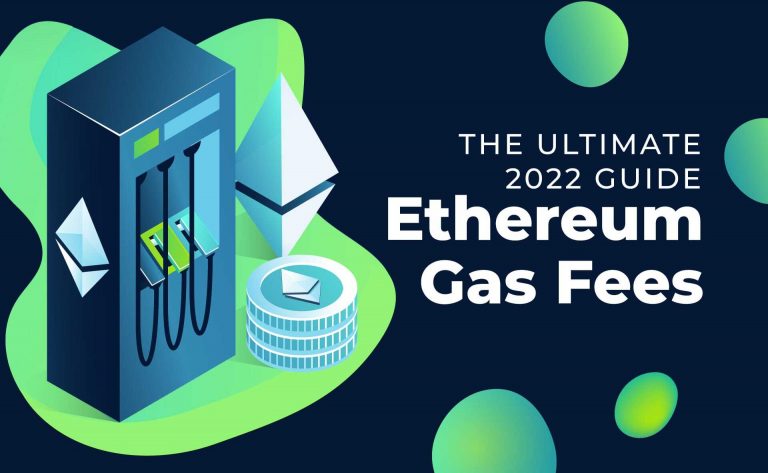 While Bitcoin may still be largely synonymous with crypto, much of the