How to Authenticate Web3 Users 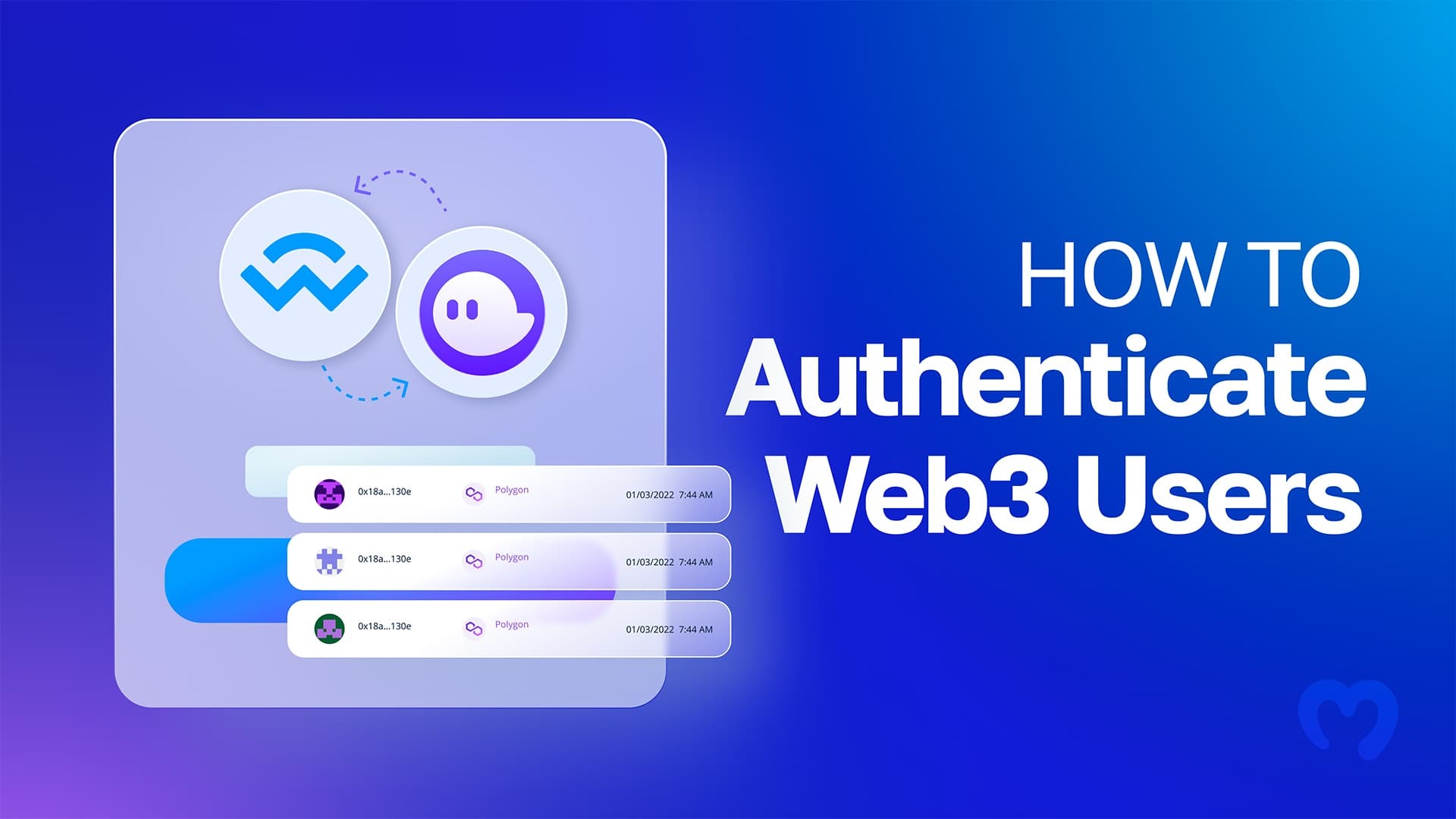 Whenever you’re using a DeFi platform or any other Web3 project, this interaction generally requires Web3 authentication. As most interactivity on the decentralized web involves Web3 authentication, it’s also essential for Web3 development. If you fail to successfully implement a smooth way to authenticate themselves, e.g. with a Web3 wallet, your dapps will most likely fail. As a vital part of blockchain development, we’ll take this article to illustrate how to authenticate Web3 users with Moralis!

Using Moralis makes it significantly easier for you to authenticate your Web3 users, thanks to Moralis’ authentication API. The API provides a consolidated process for various Web3 authentication methods, allowing you to easily integrate options like MetaMask or WalletConnect when building dapps. What’s more, Moralis provides extensive SDKs making the integration of authenticating Web3 users more attainable. However, we’ll further explore the intricacies of Moralis’ Web3 auth API in another section.

Along with a comprehensive API for authenticating Web3 users, Moralis also provides a set of additional APIs. For example, if you’re looking to build NFTs (non-fungible tokens), you should check out Moralis’ NFT API. This will allow you to mint NFTs easily and integrate loads of NFT-related functionality into your projects.

Moreover, if you want to become a blockchain developer and learn to create dapps for several different chains, Moralis’ Web3 API will be a significant efficiency booster. Take Ethereum development as an example. With Moralis Ethereum dapp API, you can decrease your development time significantly and lower your costs. As such, this tool will allow you to easily create an Ethereum dapp!

If you have ambitions to create a dapp, sign up with Moralis right now and learn to authentic Web3 users easily!

What is Web3 Authentication?

Before exploring the intricacies of how to authenticate Web3 users with Moralis, we’ll provide a quick breakdown of what it actually entails. At first glance, it might seem like Web3 authentication is relatively complicated. However, it really isn’t, and it’s basically only a type of login mechanism.

The conventional Web2 practices for authentication – as you’re most likely familiar with – websites use email addresses and passwords to authenticate users. In Web3, on the other hand, dapps instead utilize users’ Web3 wallet addresses. Unfortunately, as cryptography ensures a blockchain’s safety, authenticating Web3 users can be more complex. Manually logging in users could be problematic and provide a poor UX (user experience).

Fortunately, this is where web3 wallets enter the picture – as they also work as authentication tools. As such, wallets like MetaMask are more than just something to store cryptocurrencies; it is an essential tool for interacting with Web3. This means that crypto wallets significantly aid in the process of authenticating users. However, from a traditional perspective, it can still seem challenging to authenticate Web3 users, even using wallets.

In the past, developers have been required to build this functionality on top of RPC nodes which, as most developers can tell you, is a cumbersome task. You can read more about the limitations of RPC nodes here at Moralis to understand this point better.

Luckily for us, it’s possible to avoid the hassle of creating this type of functionality from scratch thanks to Moralis’ Web3 auth API. The API allows us to authenticate both web and mobile users with ease. All that’s essentially needed is a single line of code. However, we’ll dive deeper into the API in another section!

Why Is Web3 Authentication Important?

With a slightly more profound understanding of what Web3 authentication is, we can explore why Web3 authentication is essential. As we previously mentioned in the article’s introduction, most Web3 webpages or dapps provide users with a way to interact with particular blockchains. For this reason, users must have the option to do so in a safe manner.

Through Web3 authentication, we can enable users to connect to their desired network. As soon as someone authenticates, they have the possibility to interact with other users that also have been authenticated on the network. For this reason, it’s essential that all dapps have this functionality to authenticate Web3 users.

Moreover, as previously mentioned in the preceding section, these authentication mechanisms occur through a Web3 wallet. In contrast, Web2 authentication occurs through emails and passwords, but this doesn’t make sense when it comes to the decentralized web. As such, Web3 authentication using a Web3 wallet is essential to keep private key pairs safe and secure. This suggests that authenticating Web3 users contributes to the security of the various blockchains.

Now, with a better understanding of why it’s important to authenticate Web3 users, we can move on and explore Moralis’ authentication API!

What is Moralis’ Web3 Auth API?

From a traditional perspective, it has been relatively cumbersome to set up the infrastructure to authenticate Web3 users. However, Web3 authentication is made easy when working with Moralis’ Web3 auth API.

When using Moralis’ Web3 authentication API, you can avoid the hassles of solving Web3 authentication. For example, you don’t need to redirect the users to additional third-party authentication interfaces, understand Web3 auth flows, learn how wallets verify and sign messages, etc. Instead, you can leave these tasks to Moralis and focus your attention elsewhere in the development process.

Moralis provides one API for all authentication methods, comprehensive SDKs, and compatibility with some auth aggregators, such as Auth0. Moreover, as the Web3 industry continuously moves fast, new wallets, chains, and methods to authenticate Web3 users constantly emerge. As such, when working with Moralis, you ensure that your authentication flows are future-proof.

Through the utilization of Moralis’ Web3 auth API, you have the ability to supercharge your authentication capabilities. The API combines the ease and accessibility of traditional Web2 development with the capabilities of Web3 tech. As such, this will result in the safest and simplest way for your users to authenticate themselves.

The API will therefore allow you to scale faster so you can focus on what’s really important and bring value to your customers. As such, you can, for example, focus on creating a great dapp UI for all your projects using Moralis’ web3uikit!

When working with Moralis, you can authenticate users with only one single line of code. As such, all you need is the following code snippet:

As soon as a user authenticates, all assets, NFTs, and tokens are autonomously synced to your database. Moreover, all these assets are updated in real-time, meaning that you’ll receive access to the most relevant on-chain data as soon as transactions are made on the network.

How to Authenticate Web3 Users — MetaMask

The default option for authentication when using Moralis is MetaMask. As such, to authenticate using this option, all you need is the code snippet from above. This will connect the user’s MetaMask and require a quick signature. What’s more, users don’t need to pay any gas fees for this action. This option works the same for all EVM-compatible (Ethereum Virtual Machine) blockchains like Polygon or Binance, as they share the same Ethereum addresses.

Moreover, if you’d like to learn more about how to authenticate Web3 users with MetaMask, check out the official documentation at Moralis.

How to Authenticate Web3 Users — WalletConnect

Another option is to utilize WalletConnect, which lets users connect through a QR code, desktop wallet, or mobile wallet. However, this is somewhat more tricky than if you’re opting to use MetaMask.

The primary thing you’ll need to do is add the WalletConnect provider through the following script:

Once you have added the provider, you can call the same basic function from before, including a provider option. It would look something like this:

What’s more, you can additionally specify the chain id that WalletConnect is going to use by default. All you need to do is provide the ”chainId”:

Moreover, you have additional options like filtering mobile linking options. Check out the Moralis docs if you’d like to learn more about this.

The last option we’re going to take a closer look at is if your users have a Phantom wallet installed. The Phantom integration is super easy and allows you to create sophisticated dapps for the Solana network. So, if you want to authenticate users through Phantom, you simply need to specify the ”type”, and the function would look something like this:

Unfortunately, the Solana integration is still under development. As such, Solana users are not going to get their transitions synced into their database just yet.

Moreover, if you’d like to learn more about creating Solana dapps, we have an excellent guide allowing you to build a Solana dapp in 3 steps! Moreover, you can additionally learn more about Solana programming or get an explanation as to why someone should build on Solana. The accessibility Moralis provides originates from the Moralis’ Solana API, allowing you to easily create all sorts of Solana projects.

Moreover, you can’t only build Solana dapps, but Moralis’ Solana NFT API allows you to create NFTs for the Solana network. The API makes NFT development more accessible, and you can, among other things, get Solana NFT metadata without any trouble.

If you’re interested in the NFT market in general, check out the following article on NFT staking, allowing you to earn interest on your assets!

So, if you have ambitions to become a Solana developer, make sure to sign up with Moralis right now!

How to Authenticate Web3 Users — Summary

At first, glance, if you’re not an experienced Web3 developer, it might seem like Web3 authentication is a daunting concept. However, it really isn’t, and it’s essentially a form of login mechanism. From a conventional perspective, it has been quite challenging to authenticate users as developers had to set up a complete infrastructure to accomplish this.

This is where Moralis, and more specifically Moralis’ Web3 Auth API, enter the picture to make this process more accessible. In fact, when working with Moralis, you can authenticate Web3 users with only single snippets of code. What’s more, you have several options like MetaMask and WalletConnect to choose from. Even though MetaMask is the default option, all you need to do to use another option is to make a few adjustments.

However, this is only one of many areas in which Moralis shines. For example, you can additionally learn more about Web3 syncing and Web3 webhooks facilitating a more seamless developer experience for you. As such, you can create amazing dapps and Web3 projects. For example, you can get into metaverse development as Moralis’ metaverse SDK allows you to create sophisticated projects or even create your own metaverse!

So, if you want to develop dapps and easily authenticate Web3 users, sign up with Moralis and become a more proficient Web3 developer today! 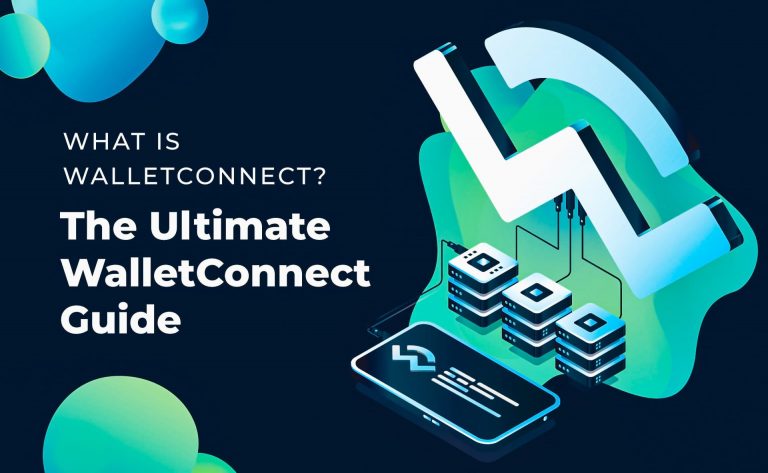 A crypto wallet is an essential component if a user wants to interact with Web3 applications. Moreover, crypto wallets act 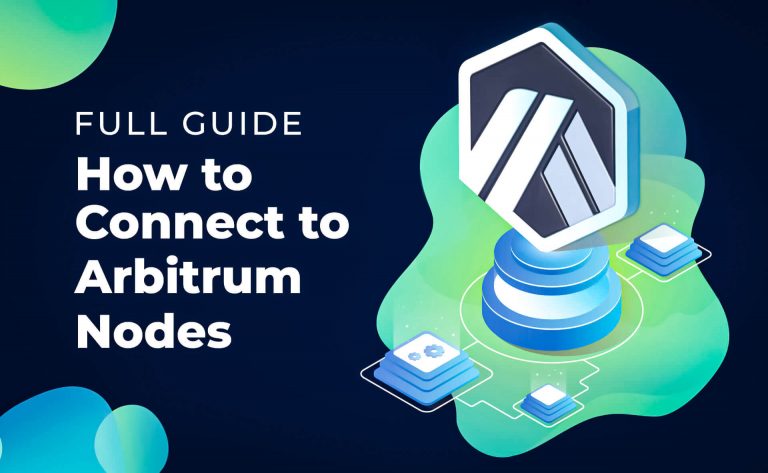 Full Guide – How to Connect to Arbitrum Nodes

If you are looking to develop dApps (decentralized applications) for the Arbitrum network, you’ll likely find you need an Arbitrum 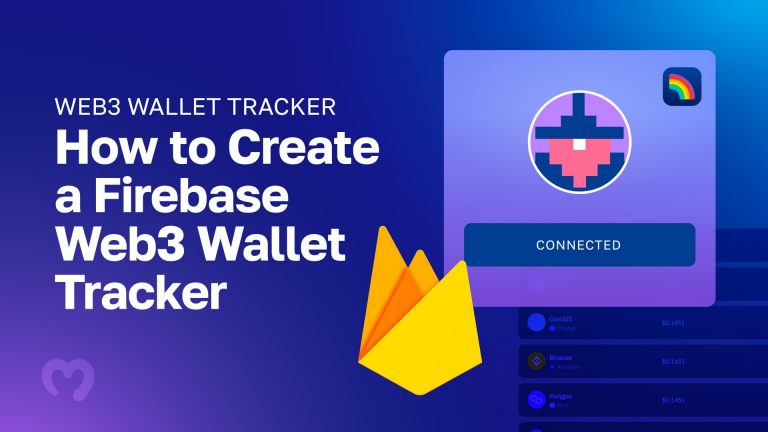 Want to use Firebase and other Web2 dev skills to create a Web3 wallet tracker? If so, follow along in