Blockchain Infrastructure Companies – How to Choose the Right Provider 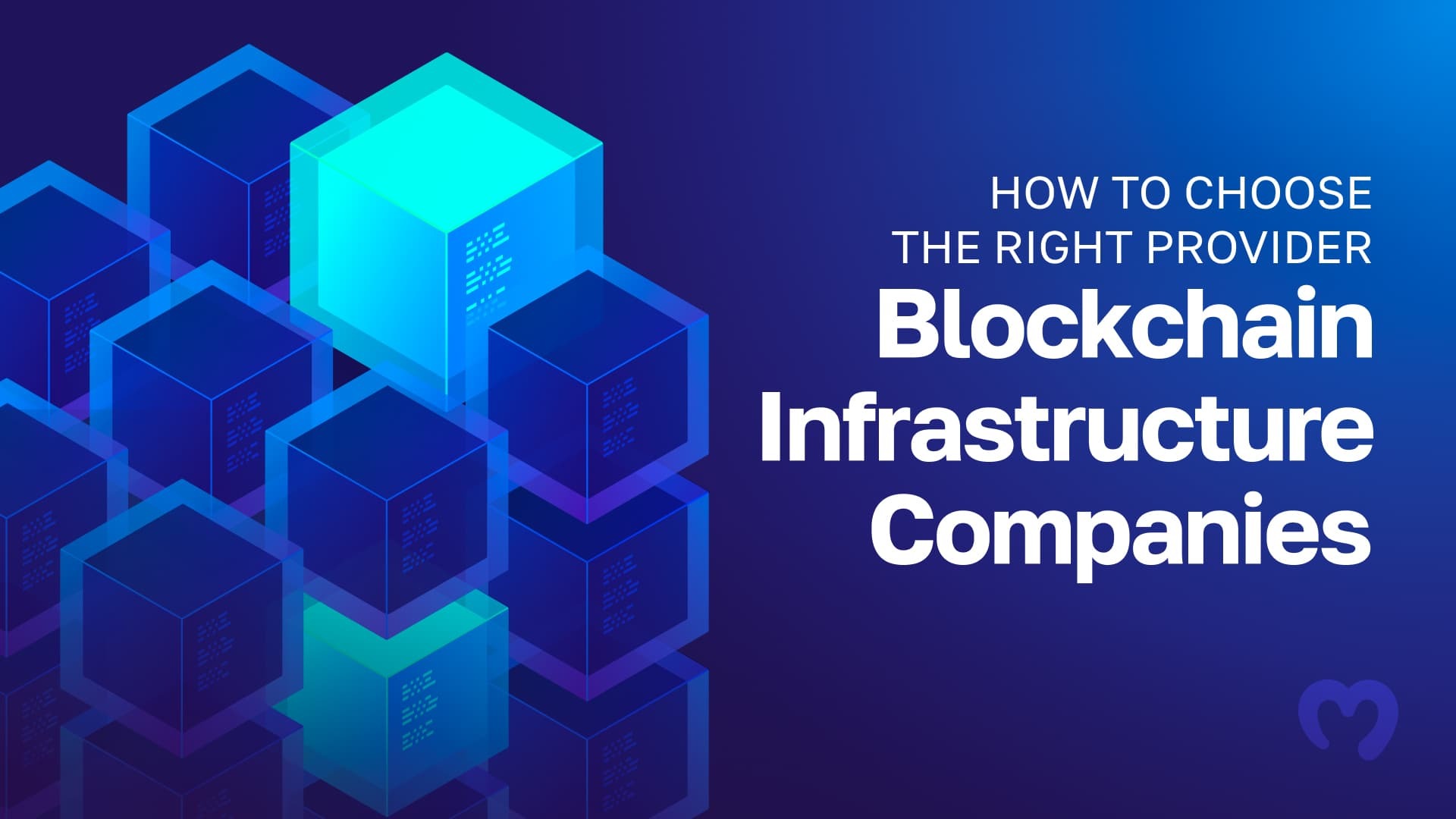 After completing this article, you’ll know which company you should choose for your development endeavors. However, if you’ve been looking for a Web3 API provider, we can start by letting you know that Moralis should be your go-to option!

What is Blockchain Technology?

Thanks to blockchain infrastructure companies, you can start building in this space without being a blockchain expert. Especially if you focus on creating dapps, your legacy skills will get you far. However, understanding the basics will help you proceed with more confidence.

So, what is blockchain? It is an open and distributed digital ledger. The latter can record transactions between two parties efficiently and in a verifiable and permanent way. That said, blockchain technology is the tech that is in some way involved in helping blockchains function smoothly. Furthermore, at the core of blockchain tech are blockchain networks – a combination of hardware machines, code, and software. As you may know, Bitcoin was the first blockchain that saw the light of day back in 2009. However, Bitcoin was and continues to be quite limited in what can be programmed on top of it. As such, a group of developers created Ethereum – the first and still the leading programmable blockchain. The birth of Ethereum (2015) also marks the beginning of smart contracts. The latter are on-chain pieces of software that have the power to automate blockchain transactions according to predefined rules.

To help you better understand why we call it “blockchain,” we need to briefly explain how blockchain technology works. In short, each blockchain network consists of network validators (nodes), which in most cases, also store a copy of the current state of the blockchain. Using a certain consensus mechanism (PoW, PoS, PoH, etc.), validators confirm on-chain transactions and store them in blocks. When stored on-chain, these blocks get linked to their predecessor. This results in a chain of blocks or a blockchain. If designed properly, this chain is immutable, decentralized, secure, and permanent.

In the previous section, you learned about the essential layer of the blockchain infrastructure – programmable blockchains. As such, it’s worth pointing out that in the last couple of years, we’ve had many other projects following Ethreum’s example with some unique twists. Hence, there are now several reputable development blockchains (a.k.a. infrastructure blockchains) that dapps can be built upon.

In addition to layer-1 blockchains, the landscape of blockchain infrastructure also includes physical devices, pieces of software, and other moving parts involved in all layers of the current blockchain tech stack. That said, make sure to have a good look at the following image:

Moving on, we’ll look more closely at some of the leading blockchain infrastructure companies from layers two, three, and four of the tech stack shown above. After all, most likely, you’re not interested in building your own layer-1 blockchains but interested in developing dapps. As such, you can take programmable blockchains for granted and use available technologies, tools, and solutions to create awesome dapps without reinventing the wheel. However, before we take a closer look at the leading blockchain infrastructure providers, let’s also consider CoinDesk’s “Digital Asset Classification Standard” (DACS) to help you better understand the extent of blockchain applications. So, take a closer look at the following graphical representation of DACS:

The image above shows that DACS divides blockchain projects into the following six primary sectors: computing, currency, DeFi, culture and entertainment, smart contract platforms, and digitalization. It’s safe to say that there are various blockchain infrastructure providers in each of these six sectors. Yet, “computing” and “smart contract platforms” carry the most load regarding the support of dapp creation. However, some of the best blockchain infrastructure companies are, in fact, off-chain and serve as a bridge to help you incorporate Web3 features into your decentralized applications.

We pointed out above that the computing and smart contract platform sectors play the most important roles. As such, we can take infrastructure blockchains (another term for smart contract platforms) for granted. Hence, we can focus on the companies in the computing sector. Furthermore, these kinds of blockchain infrastructure companies can be further categorized into these five industry groups:

What to Expect from Blockchain Infrastructure Providers

After learning more about the leading blockchain infrastructure companies above, you probably have some sense of what to expect from these types of providers. By definition, reputable companies involved in blockchain infrastructure coordinate and maintain access to blockchain amenities. They also develop the code to build on top of decentralized networks. In addition, they can also provide a platform, development tools, metrics and analytics, container services, and community support to make devs’ lives as simple as possible.

However, as you saw above, Web3 tools and tech come in many different forms. Hence, the exact services obviously vary greatly. Yet, whenever there’s a reputable company involved in blockchain infrastructure, aside from the actual product and services, you can (and should) expect proper customer support. The latter can be of tremendous value. In fact, it’s so important that it often sets apart the best blockchain infrastructure companies from the rest. After all, most devs and teams are new to the crypto realm and typically appreciate all the support they can get.

Moralis is the ultimate Web3 API provider. Its main goal is to empower legacy devs to bridge the development gap between Web2 and Web3. Moralis achieves this with its outstanding cross-platform interoperability. Accordingly, this enterprise-grade API provider supports all leading legacy dev platforms, programming languages, and frameworks. Hence, basic blockchain knowledge is enough to join the Web3 revolution. In addition, Moralis supports all leading programmable chains. As a result, you and your team can use Moralis’ toolbox to build fully cross-chain interoperable dapps.

Furthermore, as one of the leading blockchain infrastructure companies, Moralis supports high-capability requests. As such, you get to cover large numbers of calls to access all NFT, DeFi, transaction, and token data quickly and smoothly. In fact, Moralis provides you with one of the most scalable Web3 infrastructure solutions on the market. That said, it shouldn’t come as a surprise that many other reputable blockchain infrastructure companies rely on Moralis’ Web3 for enterprise solutions. That’s how companies such as MetaMask, Delta, Polygon, and many others have been able to reduce their time-to-market by 87% on average and save over $86 million in engineering costs collectively.

Nonetheless, two additional outstanding advantages of Moralis come in the form of Moralis’ 24/7 worldwide support and an industry-leading business training program. This enables teams from all across the globe to make the most out of the ultimate Token API, Auth API, NFT API, and Streams API. Ultimately, with Moralis on your side, fetching on-chain data and creating dapps becomes as straightforward as it gets.

Blockchain Infrastructure Companies – How to Choose the Right Provider – Summary

Throughout the above sections, you had a chance to empower yourself to choose the right Web3 providers for your needs. After a quick overview, we explained what blockchain technology is. Next, you also explored all you need to know about blockchain infrastructure to make an informed decision when searching for a reliable blockchain infrastructure company to support your dapp development. You also had an opportunity to learn which are the leading companies involved in blockchain infrastructure. This is where we mentioned some of the reputable representatives from the computing sector, node and Web3 API niches, and other pick-and-shovel tools and tech.

If you are a developer looking to start building dapps the easy way, create a free Moralis account and tackle the tutorials that await you inside the Moralis documentation. However, if you have big ideas and would like to utilize Moralis to bring them to fruition, use the above “scalable Web3 infrastructure” link and get in touch with our support team.

Use the Moralis YouTube channel and the Moralis blog to expand your blockchain development horizons. Some of the latest topics there explore NFT metadata storage, deploying AWS Lambda functions, the ultimate ERC20 token API, and much more. Of course, you can also take a more professional approach to your crypto education by enrolling in Moralis Academy. The “Blockchain and Bitcoin Fundamentals” course is a great place to start. 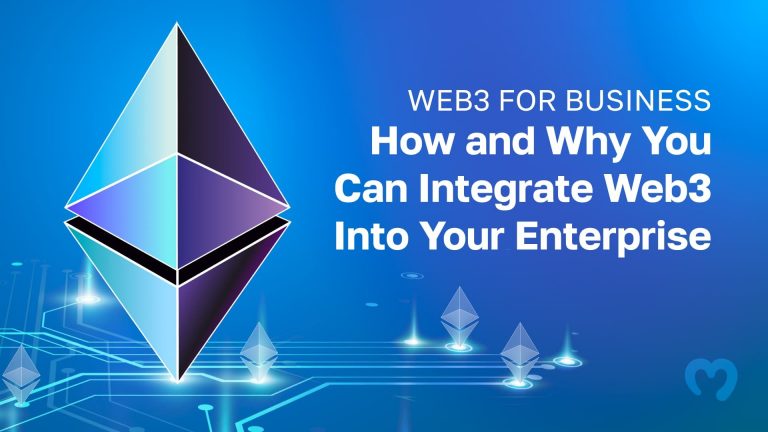 When exploring the intricacies of Web3 for business, you’ll quickly notice that the underlying technology has the potential to disrupt 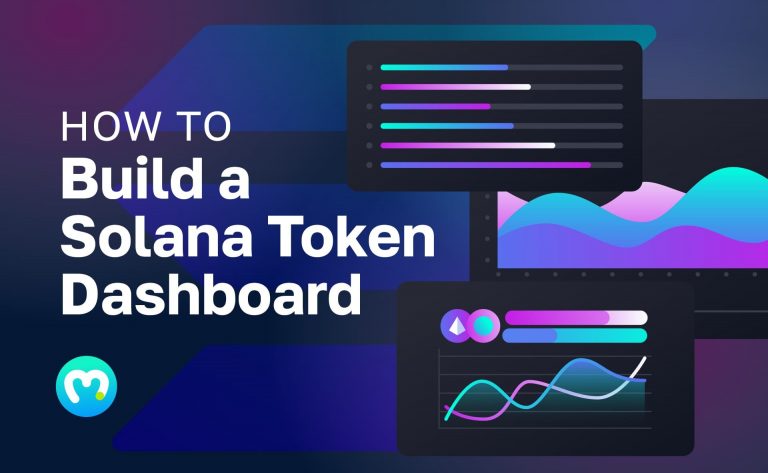 How to Build a Solana Token Dashboard

A Solana token dashboard can provide several features for a user. For example, it can display a user’s portfolio of 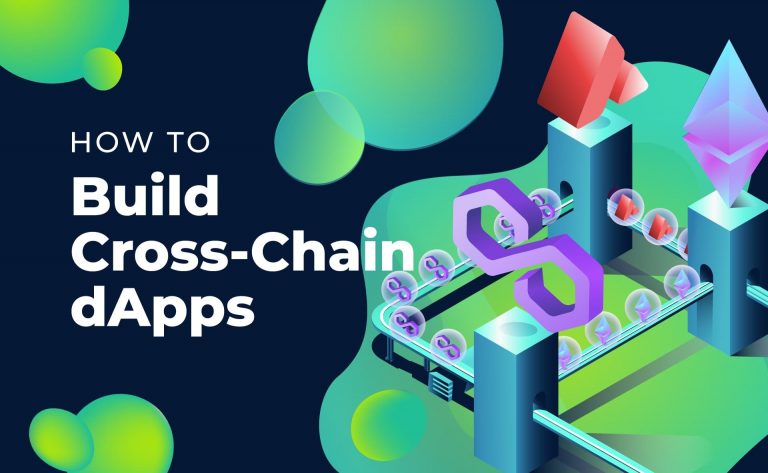 How to Build Cross-Chain dApps