Business Applications in Web3Web3 for Enterprise 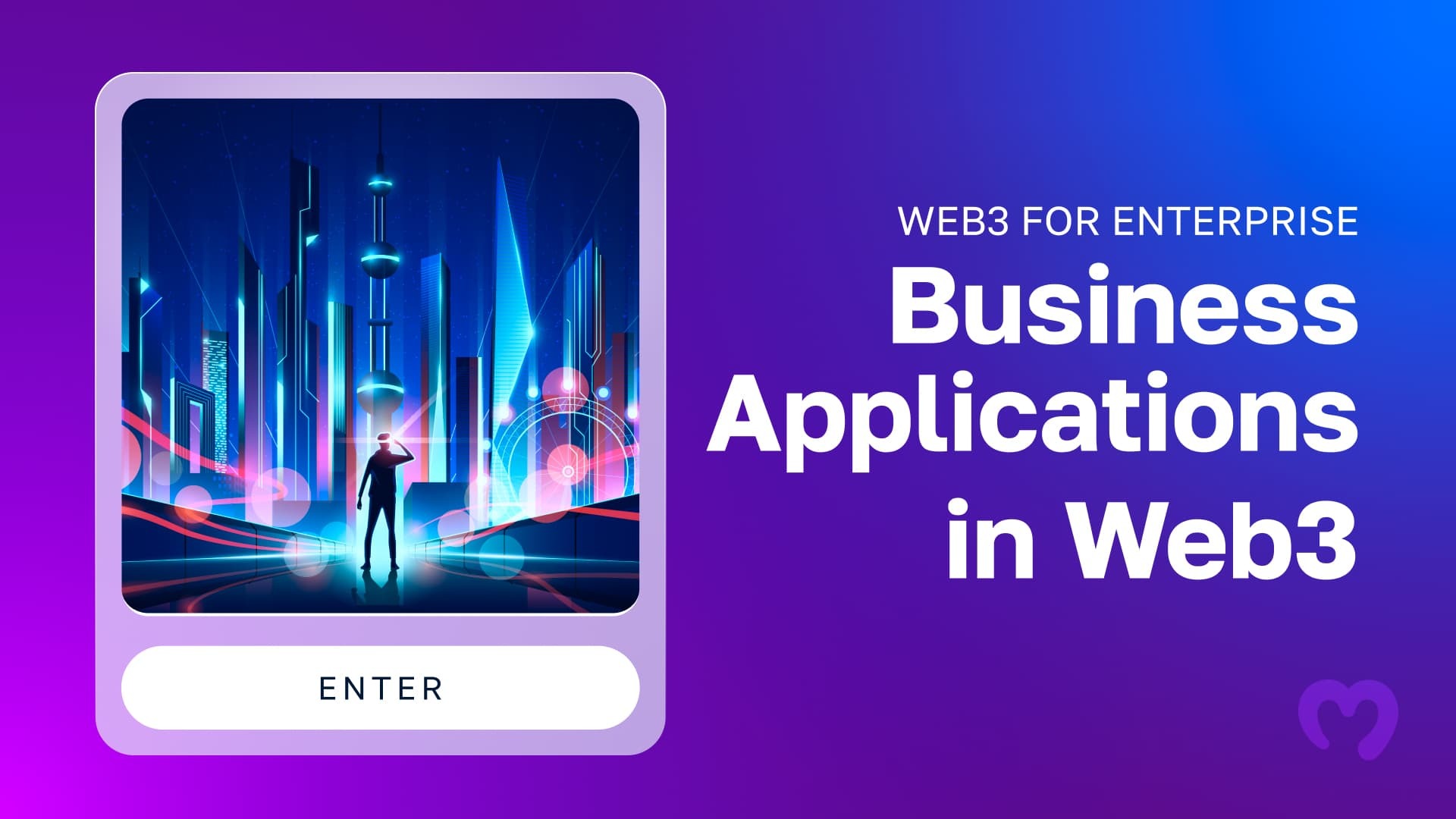 As blockchain adoption has rapidly increased, so has the demand for Web3 solutions aimed toward business applications. With scalable Web3 infrastructure from Moralis, any enterprise seeking to dive into Web3 can easily do so.

With Web3 for enterprise from Moralis, businesses can take advantage of the following:

Get Started with Moralis’ Web3 Infrastructure

Serious corporations and enterprises are eagerly exploring the implications of the shift towards Web3. However, how will enterprises leverage this technology? This is a trillion-dollar question we’ll focus on in this article while diving deeper into the intricacies of Web3 for enterprise!

For example, Moralis supplies a variety of APIs, such as the NFT API. This is a cross-chain compatible tool, meaning you can create NFTs for a variety of different blockchain networks. As such, this one API, for example, acts as a perfect Ethereum NFT API, Polygon NFT API, etc. If this sounds interesting, take a closer look at our guide on how to create an NFT project, which explores how to get started and launch successfully!

As an exciting emerging sector, now is the time to become a blockchain developer, and the best way to get going is to sign up with Moralis!

Before exploring Web3 for enterprise, we first need to make sense of what ”Web3” entails. As such, this section will explore what Web3 is and the effects this next stage of the internet might have. So, without further ado, let’s answer the question, ”what is Web3?”.

Defining Web3 can be challenging, as hundreds of different definitions are available on the internet. However, in short, Web3 is the “third generation of the internet”. This new web is perhaps most clearly defined by the use of decentralized blockchain technology – a term most commonly associated with cryptocurrencies such as Ethereum and Bitcoin. Nevertheless, as a central part of Web3, we need to understand the intricacies of blockchains.

In essence, a blockchain is basically a distributed ledger, or database, shared by a network of nodes. Nodes are vital for the networks as they are responsible for the chain’s security. Furthermore, nodes achieve this by keeping an immutable record of transactions and events that occur on the network. Moreover, this technology allows a higher degree of decentralization, a vital characteristic of Web3.

Web3 provides huge benefits to users and has the potential to disrupt large conglomerates. One example is the ability for users to monetize their activity and contribute to different platforms and projects. For large companies, blockchain technology provides easy access to an immutable database and has untold applications to, for example, logistics and finance.

Additionally, Web3’s decentralized aspect makes it possible for platforms to be democratically governed. This would distribute the power to make decisions to a platform’s actual users and remove power from the individual. Moreover, the decentralized aspect of Web3 removes the single point of failure issues that arise from centralization. However, these are only three examples, and the advantages are many more!

What is Web3 for Enterprise?

The ground-breaking technology laying the foundation for Web3 has the potential to change the infrastructure of the internet. Also, it could change how services are bought and delivered in the future. As such, we’ll take the following sections to explore how it will impact businesses and what it means in the context of enterprises.

Web3 will almost certainly have a significant impact on how our IT systems will work in the future. Decentralization is already a prominent business trend, continuously growing and showing no sign of halting. As such, a larger share of applications will most likely be open source and run through the use of smart contracts. This will provide more transparency allowing stakeholders to view, verify, and decide what happens on a platform or within a network.

This is simply the beginning when it comes to Web3 for enterprise. Cryptography and immutable ledgers have now somewhat stood the test of time and have laid the foundation for decentralization. However, even though decentralization on its own is revolutionary, it’s far from the only thing Web3 will influence. Many believe Web3 will further affect core technologies corporations use and, ultimately, how enterprises are run. This includes everything from IT to customer experience, business models, and management structures.

This showcases the importance of Web3 and gives some background as to why enterprises are increasingly looking to adopt Web3 technology. It might be an interesting opportunity to gain significant market share and competitive advantages and eventually become a necessity for survival.

Now, with a somewhat deeper understanding of what Web3 for enterprise is, let’s go on and explore more about the opportunities for organizations within this field.

Diving into a new field and adopting brand-new technology can seem like a daunting task for any organization. However, the benefits of Web3 and the opportunities outweigh the risks, even if the space remains in its infancy. As such, there are several targets businesses can begin working towards right now. For this reason, this section will explore some key areas where organizations can begin applying Web3.

We’ll take a closer look at the following three areas:

For quite some time now, there has been a buzz within several industries to use blockchain technology in a few areas. For example, organizations have experimented with the opportunity to use blockchains for supply chain tracking, storing data, detecting counterfeits, etc. These are all use cases currently maturing, and we’re even seeing industry-specific blockchain consortiums emerging.

DAO is an abbreviation for ”decentralized autonomous organization”, which generally refers to the governance body of Web3-based projects or protocols. At the launch of a DAO, tokens are distributed, and stakeholders have well-established decision-making processes, generally specified in smart contracts. Furthermore, token holders have the right to participate in an organization’s governance.

However, DAOs are not limited to the governance of an entire organization but can be applied in other enterprise contexts alike. For example, it’s possible to use DAOs in everything from investments and innovation to IP-based services.

Suppose you’d like to learn more about DAOs and would like to know how to create one. If so, please check out our guide on how to build a decentralized autonomous organization!

Web3 applications (a.k.a. dapps) are growing in popularity, providing users with a smoother and simpler login experience. Customers have different login details for various different platforms, which can make login processes confusing and fragmented. However, in some instances, we can, for example, use our Google accounts to sign in to other websites. In these instances, Google owns the user information and data.

Web3 authentication lets users log in using their Web3 wallets. As such, it would not be necessary to create accounts for all different dapps. However, implementing Web3 authentication or blockchain-based authentication can be quite tricky, which is why you might find it helpful to utilize Moralis. Moreover, these are only three prominent examples of how Web3 might come to play an important role when it comes to enterprise. There is much more to Web3 for enterprise!

Web3 for Enterprise Made Accessible with Moralis

Even though Web3 for enterprise is sure to emerge as an increasingly attractive opportunity, the entry barriers to this sector have remained high. From a traditional perspective, it’s not always easy for organizations and businesses to be willing to risk adopting new tech as it can be costly.

However, this is where Moralis enters the picture lowering the entry barriers and allowing enterprises to adopt Web3 technology more seamlessly. Furthermore, Moralis makes Web3 development significantly more accessible, where the focus is directed toward Web3 authentication, Web3 streams, and APIs. As such, we’ll explore these three areas more in-depth in the coming three sections, starting with Web3 authentication.

From a conventional perspective, it was quite challenging to set up the infrastructure to authenticate Web3 users. Now, with Moralis’ Web3 Auth API, you can achieve this functionality with single lines of code!

Whether you have an existing Web3 database to which you would like to connect Web3 authentication, want to use Web3 authentication aggregators for your organization’s authentication flow, or want to create a Web3 dapp from scratch, the Auth API will help in all these endeavors. Furthermore, Moralis’ Web3 Auth API allows you to avoid the conventional hassles of understanding auth flows, learn how wallets sign and verify messages, redirect users to third-party authentication interfaces, etc. As such, when using Moralis, you can save significantly on development time as the API handles this for you.

If you’d like to learn more about Web3 authentication, check out the official documentation here at Moralis.

As blockchains continuously facilitate transactions, the state of blockchain networks is constantly changing. Thus, whenever you’re dealing with live on-chain data, it’s essential to make sure that we utilize proper syncing. As such, this is where Moralis shines, allowing you to implement Web3 streams in a more accessible way.

As such, it doesn’t matter if you’re creating a new Web3 project from scratch or bridging your already existing company to Web3; Moralis’ Web3 Streams API will save you an abundance of time!

Moralis’ NFT API is one of many features that makes Web3 development easier. Along the NFT API, you’ll also find the EVM API allowing you to create dapps easily. Moreover, the EVM API is cross-chain compatible, enabling enterprises to create dapps for multiple EVM-compatible chains without extra effort.

As the Web3 industry matures, it’s becoming increasingly attractive for larger organizations and businesses to move into the space and adopt the technology. Hence, Web3 for enterprise is becoming an increasingly exciting area to explore further. For this reason, we took this article to dive deeper into the intricacies of Web3 for enterprise. In doing so, we discussed what it entails and how it will affect enterprises across the globe.

Furthermore, decentralization seems to be one of the most prominent business trends, and this is possible thanks to Web3 technology such as blockchains. As such, Web3 for enterprise will provide more decentralization and transparency for stakeholders. However, this seems to be the beginning, and we might see more innovation in areas ranging from IT to management structures, customer experience, etc.

However, from a conventional standpoint, it has been quite difficult for enterprise models to move into the blockchain space. Thus, it’s essential to lower the entry barriers to this field, which is where Moralis enters the picture. Moralis provides a more seamless developer experience by making it easier to, for example, authenticate Web3 users and create Web3 webhooks via its Web3 Streams API.

Suppose you are interested in the space and want to become a blockchain developer. If so, you can access fresh and relevant Web3 development content here at the Moralis blog. For example, explore more about the Web3 stack or how you can build a Solana dapp!

So, if you’re interested in Web3 for enterprise, sign up with Moralis and access some of the best features allowing you to create Web3-compatible projects with ease and bridge the gap between Web2 and Web3! 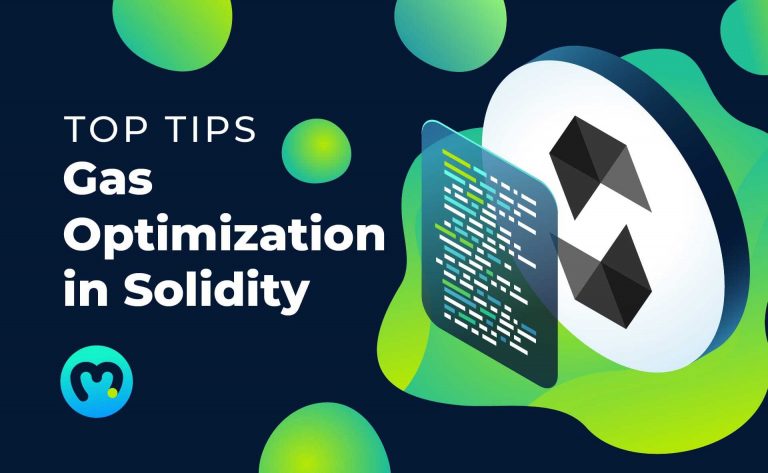 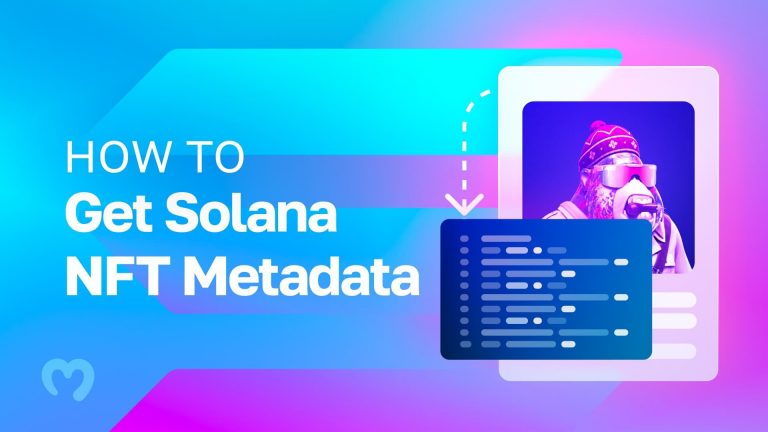 How to Get Solana NFT Metadata

Solana is, without a doubt, one of the most vibrant Web3 communities around. As such, there’s a huge growing need 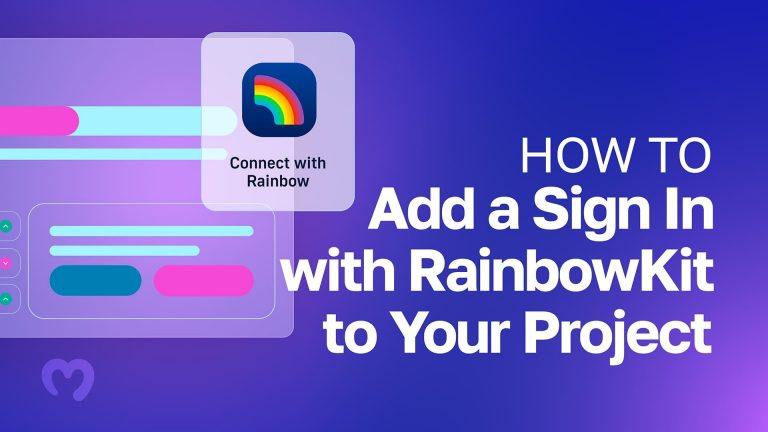 This tutorial will demonstrate how you can add a sign in with RainbowKit. To illustrate the process, we will create