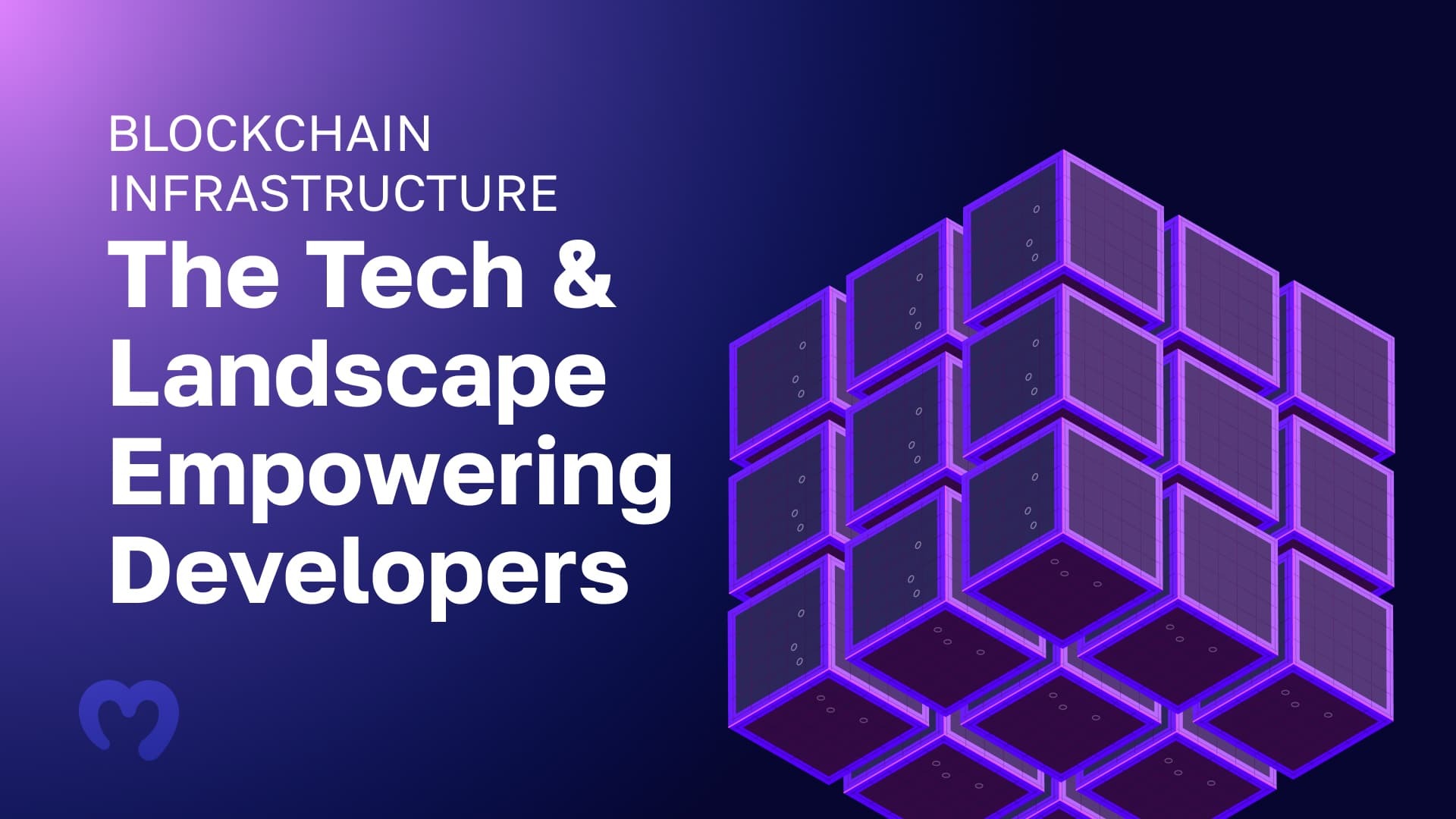 Moralis bridges the development gap between Web2 and Web3. Accordingly, this ultimate Web3 API provider enriches the blockchain infrastructure landscape by empowering Web2 developers to use legacy tools to create decentralized applications (dapps). However, it’s worth pointing out that we will also focus on solutions other than Moralis herein. As such, this article aims to help you better understand the infrastructure for blockchain as a whole.

You probably know that programmable blockchain networks are the base layer of the blockchain tech stack. You may also be aware that when building and operating dapps, you want to avoid dealing with this base layer directly. Fortunately, the blockchain network infrastructure has come a long way, and you can now work with many out-of-the-box solutions that do the heavy lifting for you. If you are interested in exploring these solutions further, read on!

Moving forward, we’ll first make sure you can answer the “what is blockchain infrastructure?” question. Moreover, you’ll learn about CoinDesk’s “Digital Asset Classification Standard” (DACS), which can be pretty helpful when trying to understand blockchain infrastructure. Next, we’ll explore blockchain technology infrastructure and its current landscape, especially the computing sector. Then, we’ll also look at leading providers of dapp development. Lastly, we’ll look closely at the number one infrastructure for blockchain developers – Moralis.

On the other hand, if you prefer to learn as you build, make sure to create your free Moralis account now. Then, start using this Web3 provider by completing some of the tutorials outlined in the Moralis docs.

It’s worth noting that blockchain terminology and classifications are not yet unified. Thus, it helps to approach this topic knowing that crypto is still a bit of a “wild wild west”. However, many advancing organizations, teams, and companies are doing their best to add more clarity to the entire blockchain industry. This is where CoinDesk’s “Digital Asset Classification Standard” (DACS) stands out. Thus, we’ll use this classification to help us answer the “what is blockchain infrastructure?” question.

Here’s a graphical representation of DACS:

The above image shows that DACS defines six primary sectors of the blockchain infrastructure:

With the above image from CoinDesk in mind, “smart contract platform” is, in a way, just another term for a programmable blockchain. Furthermore, such networks are, without a doubt, the foundation of the infrastructure for blockchain development. However, as a dapp developer, you do not need to interact with that specific layer. The computing sector and the technologies it offers deserve most of your attention. Before moving on, make sure also to investigate the five layers of the current blockchain tech stack. To do so, use the following image, which will help you understand the blockchain technology infrastructure even better:

The previous two sections answer the “what is blockchain infrastructure?” question; however, if you want to understand it correctly, we need to dive deeper. That said, let’s first ensure that you know what blockchain is. Blockchain is a distributed digital ledger or a database. Accordingly, it can’t do much on its own. Only when combined with other technologies and tools, such as leading infrastructure blockchain solutions, can it shine in its full glory.

As pointed out earlier, the computing sector includes several vital technologies for adequately operating a decentralized internet. Nonetheless, there are also other essential technologies or blockchain infrastructures involved. For instance, many legacy programming languages and platforms continue to play a significant role in creating frontends for dapps. Furthermore, some specialized programming languages for smart contract development, such as Solidity, are also imperative.

According to the above-presented DACS, the computing sector includes protocols focusing on building and supporting blockchain infrastructures. The goal of protocols and projects from this sector is to decentralize and remove intermediaries for services such as computing, cloud storage, databases, and networking. Hence, this sector is the key to returning ownership of data and information to network participants. As per DACS, these are the five industry groups (and self-standing new industries) of the computing sector:

Other Important Infrastructure Tech and Tools for Blockchain

The blockchain infrastructure landscape focuses on backend functionalities. The following technologies and tools make a world of difference in that aspect. So, here they are:

Now that you can answer the “what is blockchain infrastructure?” question and which technologies and tools support the infrastructure for blockchain, it’s time we list the leading providers that deserve to be on your radar.

The #1 Infrastructure for Blockchain Developers

Moralis has done an incredible job at bridging the development gap between Web2 and Web3. Thanks to its cross-platform interoperability, Moralis enables legacy devs to start creating dapps easily. Furthermore, Moralis is also cross-chain interoperable. As a result, you can easily create multi-chain dapps right from the start or switch chains whenever you decide by changing a single line of code.

Moralis is a highly scalable Web3 Infrastructure tool. After all, its enterprise-grade APIs can cover huge numbers of calls to access all NFT, DeFi, transaction, and token data fast. It also supports Ethereum and other EVM webhooks. That is why leading projects such as MetaMask, Delta, Polygon, and many others use Moralis as “Web3 for business” to fetch on-chain data. So far, projects utilizing the power of Moralis have experienced an average of 87% reduction in time-to-market. Moreover, more than $86 million in total engineering costs have been saved.

In addition, Moralis provides 24/7 worldwide support to help ensure all projects using this Web3 for enterprise solution have all the assistance they need to succeed. Also, Moralis has established an industry-leading blockchain for business training program through Moralis Academy. As such, your team can launch a successful Web3 project with Moralis’ core products – EVM API, Solana API, NFT API, Auth API, Streams API, and Token API.

If you want to try this powerhouse for blockchain technology infrastructure, create your free Moralis account and take on an example project or two. However, if you are determined to contribute to the development of the blockchain infrastructure on a larger scale, use the above “scalable Web3 Infrastructure” link and reach out to our support.

Now it is up to you whether or not you’ll make the information obtained herein count. Of course, it all depends on your current goals and situation. For instance, if you are primarily interested in learning more about blockchain development for free, you may want to explore the Moralis YouTube channel and the Moralis blog. Some of the latest topics cover AWS GameSparks, NFT collection data, IPFS for NFT metadata, etc. You can also take a more professional approach to your crypto education by enrolling in Moralis Academy. If you are a Web3 beginner, we recommend starting with blockchain and Bitcoin fundamentals.

On the other hand, you may prefer learning by getting your hands dirty. If so, you should tackle the tutorials that await you in the Moralis documentation. However, you may also need a reliable blockchain technology infrastructure for your business venture. In that case, contact our support team and let them know your needs and wishes. 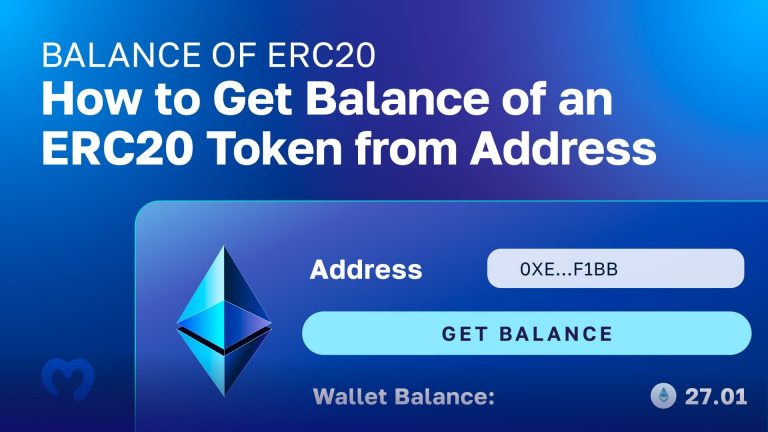 With a proper Web3 API endpoint, you can fetch any balance of ERC20 using a single line of code. In 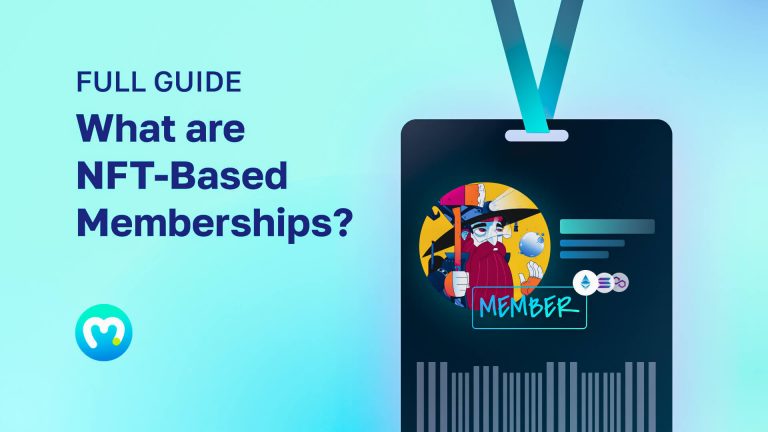 What are NFT-Based Memberships? Full Guide

Memberships that are NFT-based are becoming increasingly popular in a variety of industries. For example, a business can allow access 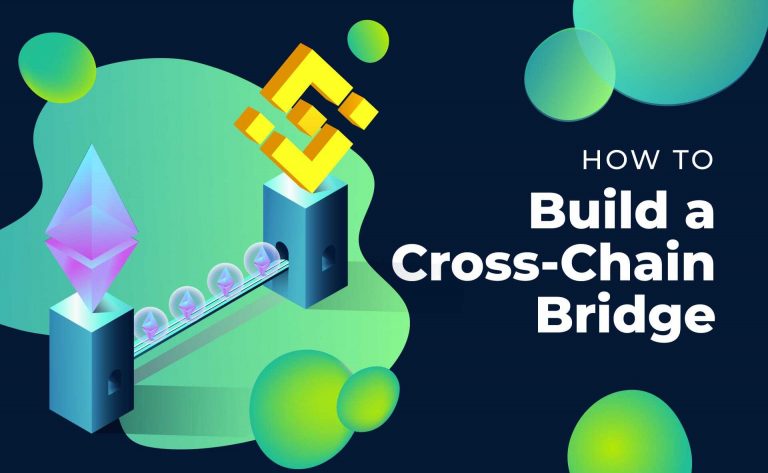 How to Build a Cross-Chain Bridge

With all the various programmable chains, it’s not a surprise that developers want to connect these with “cross-chain” projects. As