Build with Dogecoin on EVM – What is Dogechain?

Build with DogecoinDogechainWhat is Dogechain? 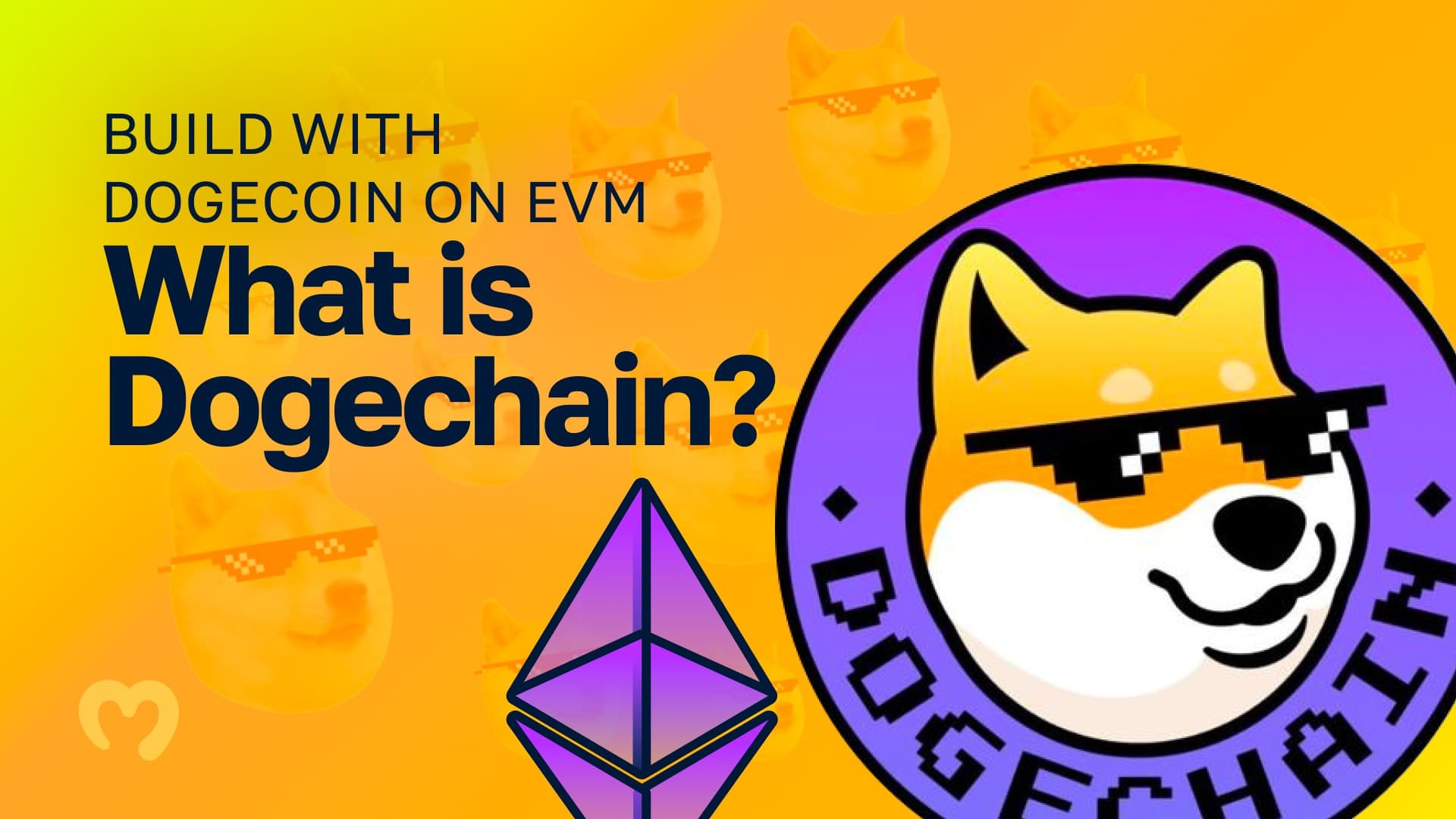 Dogecoin is one of the first meme coins that has seen tremendous growth and experienced huge price action since its launch in 2013, resulting in incredible success stories for early investors. However, Dogecoin’s use cases are quite limited, and besides selling or “HODLing”, there’s not much utility the meme coin has had to offer – until now. With the recent launch of Dogechain, things might turn out differently for the dog-inspired token. Dogechain is an EVM-compatible, Polygon Edge-based blockchain to supercharge Dogecoin by increasing its use cases. Further, Dogechain enhances Dogecoin’s utility by facilitating Web3 functionality such as NFT minting, accessing DeFi projects, and building dapps (decentralized applications). If you find this interesting, follow along as we explore the intricacies of Dogechain and how you can build with Dogecoin!

Since Dogechain is EVM-compatible, you can utilize many of the same tools, platforms, and programming languages used for Ethereum development to build with Dogecoin on the Dogechain network. This suggests you can leverage languages such as JavaScript and Solidity, along with Moralis’ scalable Web3 infrastructure, in your Dogechain development endeavors!

With Moralis, you can fully unlock the power of blockchain technology through its various Web3 APIs. Moralis’ APIs bridge the gap between Web2 and Web3 development, allowing you to build dapps quicker and more effectively. For instance, check out Moralis’ Web3 Streams API, enabling you to stream on-chain data into the backend of your projects via Web3 webhooks. Furthermore, the Streams API features cross-chain capabilities, meaning you can build dapps and Web3 projects compatible with multiple blockchain networks.

So, no matter if you are looking to build dapps on Dogechain or any other blockchain, Moralis is your go-to option. So, sign up with Moralis right away to fully leverage the potential of blockchain technology!

Dogechain was initially introduced as a ”layer-2 for Dogecoin”; however, this description is not entirely accurate since Dogechain is not built on top of the Dogecoin blockchain. Dogechain is – more accurately – a PoS (proof-of-stake) blockchain running on the Polygon network. Polygon is one of Ethereum’s most prominent EVM-compatible sidechains, a feature shared by Dogechain.

Dogechain aims to supercharge Dogecoin by improving the popular meme coin’s utility. Furthermore, Dogecoin (DOGE) is one of the first incredibly successful meme coins; however, DOGE has its limitations. The coin is primarily a means of online payment, a feature that is no longer unique since most crypto tokens offer this functionality. Consequently, this is where Dogechain enters the equation!

The primary purpose of Dogechain is to expand the number of use cases for Dogecoin by enabling Web3 features such as building dapps, minting NFTs, accessing DeFi platforms, and more!

The Dogechain token is called $DC, and network participants can use this token to partake in the chain’s PoS governance. In addition to $wDOGE (which we will explore further in the following section), $DC can be used to pay for transactions on the Dogechain network. Furthermore, the entire $DC token supply was pre-mined upon the release of the mainnet. In combination with this, the protocol simultaneously minted 1,000 $wDOGE tokens, which served as fuel for the initials bridging gas fees.

It is important to note that even though the Dogechain and Dogecoin names resemble one another, there is no direct affiliation between them or the organizations behind them. The lack of association has been expressed both by the Doge Foundation and Dogecoin’s founders, Jackson Palmer and Billy Markus.

Now, with a more profound understanding of Dogechain, let us take a closer look at how the network works in practice!

How Does Dogechain Work?

Polygon Edge has several advantages, one being EVM compatibility. Consequently, Dogechain additionally uses an EVM-based code execution structure at the core of its operations. As such, developers can mint tokens, develop dapps, DeFi platforms, and much more using Ethereum-based tools and programming languages!

However, even though Dogechain is based on Polygon Edge, it is worth noting that it is distinct from many other blockchains in several ways. For example, it does not leverage Polygon’s ”security as a feature” functionality but relies on its own collection of validators. As such, Dogechain is quite unique in how the network is kept secure.

Moreover, another essential component of the Dogechain ecosystem is the cross-chain protocol, which is the link between Dogecoin and Dogechain. This protocol enables users to exchange their DOGE for wDOGE tokens, which stands for ”wrapped DOGE”. The cross-chain protocol requires a ratio of 1:1. Consequently, if you want to wrap your tokens, you receive one wDOGE in exchange for one DOGE. The protocol also provides the option to destroy wDOGE tokens, allowing you to withdraw DOGE in return.

Nevertheless, the cross-chain protocol, in combination with EVM compatibility, provides increased utility to Dogecoin. As such, the networks increase the number of use cases for Dogecoin, allowing holders to do more, such as minting tokens and NFTs, participating in DeFi protocols, and, of course, building dapps!

However, how do you build on Dogechain? If you want to know more about this, follow along as the next section provides the answer!

How to Build on Dogechain? – Build with Dogecoin

Since Dogechain is EVM-based, it means that the process of building Dogechain dapps share many similarities with Ethereum development. Hence, you have the option to use tools, platforms, and programming languages you are already familiar with to build with Dogecoin on Dogechain. What’s more, it would additionally be possible to connect current dapps and other platforms to Dogechain with ease with only minor tweaks to the original code!

So, if you want to build with Dogecoin on Dogechain, you can utilize skills you are already proficient in. This includes JavaScript, Solidity for smart contract development, etc. In addition, you can also use excellent development tools such as Truffle, Hardhat, and, of course, Moralis’ Web3 APIs to help you in your development endeavors.

Even though Moralis does not directly support Dogechain, it is possible to use Moralis’ EVM API to quickly prototype EVM-compatible dapps that can easily be connected to Dogechain with only minor alterations. Accordingly, when working with Moralis, you can build with Dogecoin quicker and more effectively!

Moralis’ EVM API provides everything you need to quickly fetch on-chain data, a task essential to most blockchain development endeavors. Furthermore, this means that you, among other things, can fetch block info, token prices, DeFi liquidity data, user balances, etc. Moreover, the EVM API is a so-called REST API. This suggests it can be called in any programming language by default. Accordingly, it is possible to fetch data from any EVM blockchain through multiple platforms and dapps!

If you want to learn more about the intricacies of creating EVM-compatible dapps, we recommend checking out our article on how to build a Web3 app. This tutorial does not directly relate to Dogechain; however, with minor tweaks, you should be able to quickly prototype an EVM dapp and connect it to Dogechain!

What are EVM Chains?

Throughout this article, we have continuously mentioned EVM several times, and you might need clarification on what this means. As such, we will take this section to delve deeper into the intricacies of EVM and answer the question, ”what are EVM chains?”.

As you might have guessed, EVM is an abbreviation for ”Ethereum Virtual Machine”. Moreover, it comes with a set of unique and required features:

Now, with a more profound understating of EVM, it becomes relatively easy to answer the question, ”what are EVM chains?”. In short, EVM-compatible blockchains are essentially networks that support code execution in a similar environment to that of EVM. A significant benefit of this is interoperability. This means that developers do not need to build protocols from scratch for the various existing networks!

Even though Dogechain is a relatively new network, the Dogechain ecosystem already hosts several different dapps and Web3 platforms. This section covers some of the dapps featured on Dogechain’s website. However, since we have limited time, we will only cover the following three examples: Dog Swap, OASIS, and Dogegress.

Nevertheless, these are only three dapps powered by Dogechain, and there is more to discover on your own. However, be careful. Remember that the ecosystem is relatively new. Thus, do sufficient research before trying out any Dogechain-based platforms!

Summary – Build with Dogecoin on EVM

Dogecoin was one of the first successful meme coins, which has seen incredible growth in the past nine years since its launch. However, Dogecoin is mainly used as a means of online payment, meaning that the coin’s utility is relatively meager. As a result, Dogechain was developed to increase the number of Dogecoin use cases!

Dogechain is an EVM-compatible Polygon Edge-based blockchain with the intention of increasing Dogecoin’s utility. Furthermore, the platform enables Web3 functionality, such as accessing DeFi (decentralized finance) platforms, minting tokens, developing dapps (decentralized applications), etc., using Dogecoin. Moreover, as the blockchain is EVM-compatible, you have the option to use development tools and languages you are already familiar with when it comes to Dogechain development. This includes proficient Web3 development tools such as Moralis’ Web3 APIs, along with prominent languages such as JavaScript and Solidity. Consequently, if you are familiar with the Web3 development space, you will have little to no trouble if you want to build with Dogecoin on Dogechain!

If you found this guide helpful, check out more of Moralis’ unique Web3 development content here at the Web3 blog. For instance, you can learn all you need to know about cross-chain bridging or how to upload files to IPFS!

What’s more, if you are looking to hone your Web3 development skills, consider enrolling in Moralis Academy. The academy offers a selection of high-quality blockchain courses for new and more experienced developers. If this sounds interesting, kickstart your Web3 development journey with the ”Blockchain & Bitcoin 101” or ”Ethereum 101” courses!

Nevertheless, no matter what Web3 project you are looking to create, sign up with Moralis to leverage the full potential of blockchain technology. You can create an account entirely for free, and it only takes a couple of seconds, so you have nothing to lose! 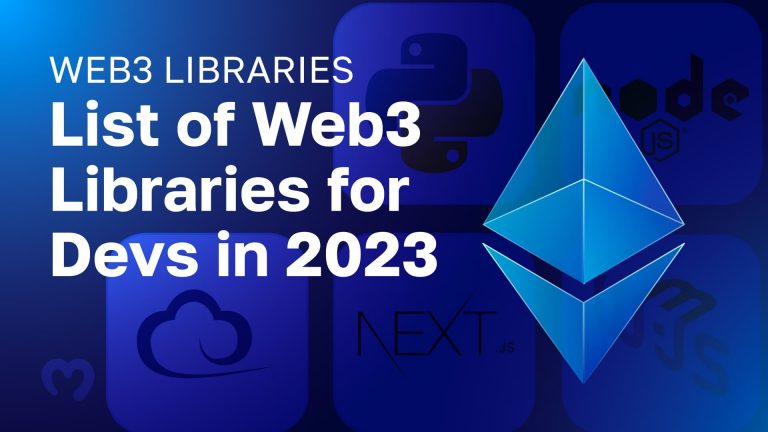 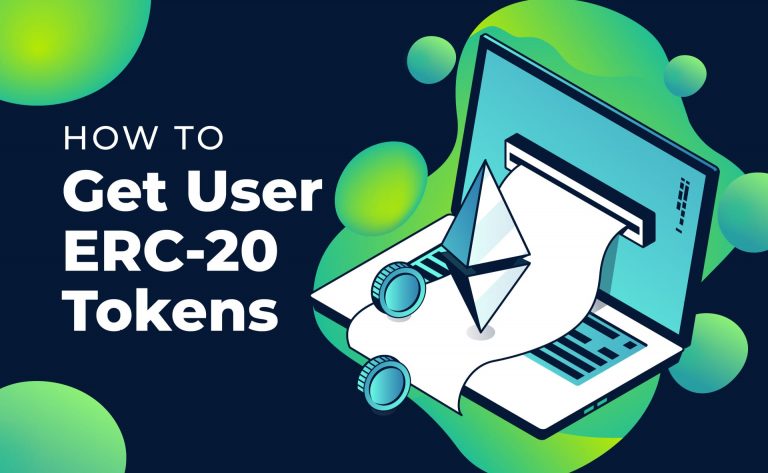 How to Get User ERC-20 Tokens in 4 Steps

When developing dApps, it’s not uncommon to need information regarding the balance of a user, such as ERC-20 tokens. Developers 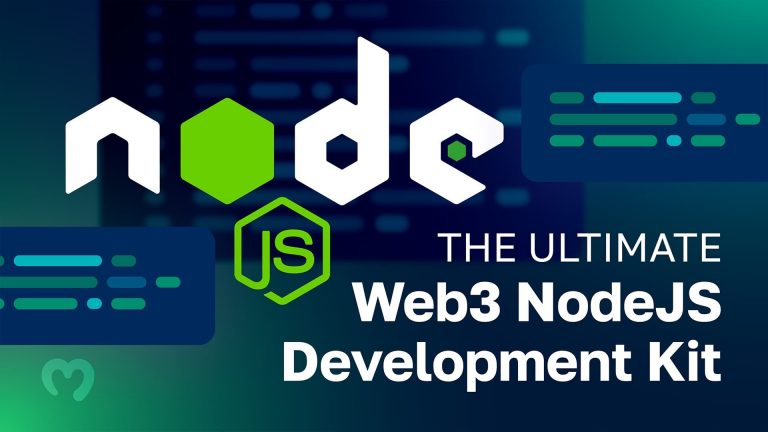 JavaScript (JS) is a programming language giant. However, since it is only used for client-based scripting, it can prove bothersome