What is Sui Blockchain? – The Ultimate Guide 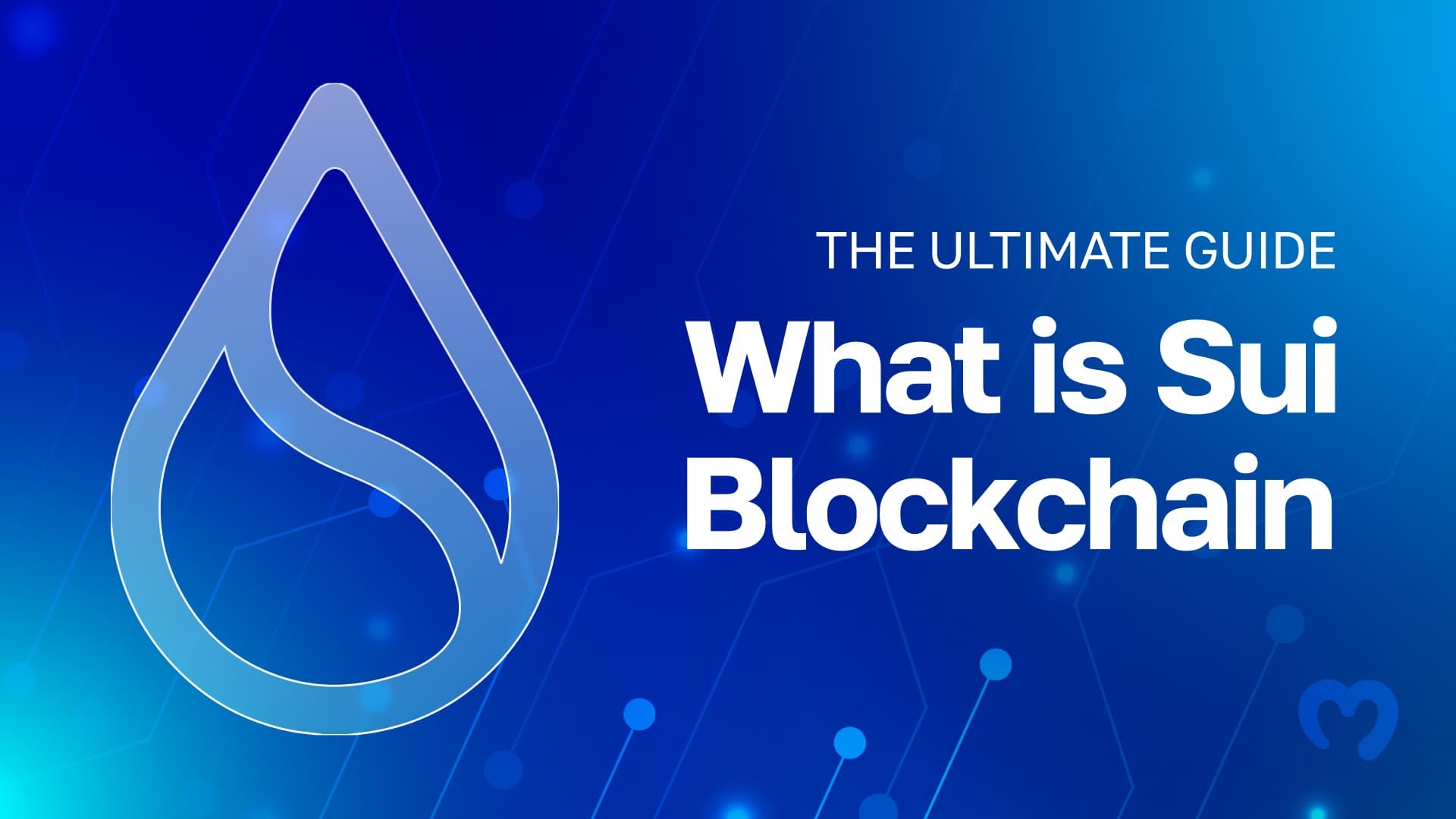 New layer-1 (L1) blockchain networks are constantly emerging at an increased frequency, and it is always challenging to determine which ones are here to stay. A recent addition to the growing number of programmable smart contract platforms earlier this year is the Sui blockchain. Sui looks rather interesting as the blockchain features a distinct set of unique features, making the platform stand out from the crowd. Moreover, Sui’s recent announcement of a successful $300 million Series B funding round indicates that the blockchain platform is not here temporarily. Consequently, it is now more interesting than ever to explore the intricacies of this network. If you want to learn more, follow along as this guide answers the ”what is Sui blockchain?” question!

This guide will cover several aspects to answer the above-stated question adequately. First up, this article will begin with a brief overview of Sui. Once you understand the network better, the preceding section will explore the intricacies of how the platform works and what makes it unique. Next up, the guide will present an overview of Sui’s benefits and features. Lastly, we will explore more about Sui development, where we will briefly cover the programming language called “Move”!

Moreover, if you are interested in blockchain development in general, make sure to check out Moralis. Moralis unlocks the power of blockchain by facilitating a more seamless developer experience. For example, read more about the recent launch of Moralis’ Streams API, bridging the gap between Web2 and Web3 development, allowing you to create sophisticated Web3 projects in no time!

So, if you want to get into blockchain development, sign up with Moralis immediately. Joining Moralis is free, so you have nothing to lose!

What is Sui Blockchain?

Sui has branded itself as the first permissionless layer-1 (L1) proof-of-stake (PoS) blockchain built from the ground up, allowing developers and creators to build Web3 projects that serve the next wave of Web3 users. Furthermore, Sui is a next-generation smart contract platform focusing on throughput and low latency. The blockchain utilizes an asset-oriented programming model based on the smart contract language known as Move. However, this guide returns to explore the intricacies of Move further in the ”Move Explained – What is Sui?” section below.

The platform claims to offer unprecedented low latency and scalability for straightforward use cases. This is achievable since the platform enables the capability of parallel transactions. Consequently, Sui can use processing resources more efficiently.

The platform bypasses consensus when it comes to simple use cases such as asset transfers and payment transactions. Instead, it utilizes simpler and low-latency primitives, which, according to the documentation, is a process unheard of in the blockchain industry. Moreover, this strategy facilitates developers to build new latency-sensitive dapps in various areas, ranging from retail payment to gaming!

The blockchain platform is maintained by a permissionless collection of validators fulfilling the same role as miners or validators in other prominent blockchain systems. Furthermore, the native token of the platform is called “SUI”, which plays a vital role in the functionality of the network.

SUI is the native token of the Sui blockchain, and it has a fixed supply of ten billion tokens. The purpose of SUI is multifaceted, and the token fulfills several functions within the Sui ecosystem.

How Does Sui Blockchain Work?

The blockchain is able to optimize speed and scalability as the platform holds network connections open longer, makes each request idempotent, and ensures that transactions are complete without any delay. In regards to simple transactions, users generally just want to send assets to a recipient. In these instances, the platform locks the address of the sender rather than the whole blockchain. As a result, the network can circumvent the consensus mechanism for straightforward transactions.

In addition, the platform validates transactions individually rather than accumulating them in traditional blocks. The main advantage of this strategy is the low latency, enabling each successful transaction to almost instantly get a certificate of finality. This high speed and scalability are an effect of the fact that Sui essentially sets up a two-way handshake between validators and requestors.

To better understand how the platform works, it is essential to explore the following three central concepts: objects, transactions, and validators. These are three vital concepts for the Sui ecosystem, and we will go through each of them individually, starting with objects:

The distributed ledger store a set of programmable objects, all of which have a unique ID. Furthermore, all objects are owned by single addresses, and these addresses can hold an arbitrary number of objects. The ledger is updated via a transaction sent by particular addresses. Moreover, each transaction can write, create, and destroy objects, along with transferring them to other addresses.

That covers the basic concepts and architecture of the Sui blockchain. If you want to learn more about how Sui works, check out the official documentation here!

Sui Blockchain Benefits – What is Sui?

According to the documentation, the network’s main selling point is the high performance of the blockchain. Moreover, this section will present some of Sui’s main benefits compared to traditional blockchain networks in the following three bullet points:

According to the Sui team, the platform has unique technical features. In this section, we will dive deeper into some of Sui’s most exciting and central features. More specifically, this section covers Sui’s unique approach to security, how the platform creates a more straightforward developer experience, and how Sui improves the UX (user experience) for Web3 solutions!

Unlike many other blockchain networks, Sui does not focus on strong asynchronous assumptions on the platform. Consequently, the chain can maintain its security properties, even under unfavorable circumstances or conditions such as DoS attacks or network splits.

Sui suggests they will enable software engineers to produce dapps and other Web3 projects with enhanced UXs by providing various tools based on the Sui SDK (software development kit). As such, the platform will, for example, facilitate the development of the following features:

Moreover, if NFT development is of interest to you, make sure to check out Moralis’ NFT API. This is one of the many Web3 APIs offered by Moralis, contributing to a significantly more accessible developer experience. For example, check out our guide on how to create your own Solana NFT! So, if you want to leverage the power of Web3 with the accessibility of Web2, sign up with Moralis immediately!

Move Explained – What is Sui?

To better understand Move and the advantages of this language, it might be good to compare it to another significant programming language, namely, Solidity. Moreover, as blockchain tech developed and advanced further, it became evident that the primary purpose of the various blockchain languages was to accommodate operations with digital assets. These languages’ leading quality or characteristic is verifiability and security.

In addition, to provide more protection, Move was developed alongside Move Prover, which is a verification tool. In turn, Move developers can write formal specifications for the central correctness properties of their dapps (decentralized applications) and Web3 projects and use Prover to make sure these properties hold for all possible future inputs and transactions.

Summary – What is Sui Blockchain?

This guide analyzed the intricacies of the Sui blockchain by answering the ”what is Sui blockchain?” question. To fully answer this question, the guide delved deeper into several different aspects of the blockchain and, among other things, covered how the platform works and its primary benefits/features.

The blockchain network is the brainchild of Mysten Lab. Furthermore, it is branded as the first-ever permissionless layer-1 (L1) solution built from the ground up. Moreover, Sui is a smart contract platform focusing on speed and scalability. The platform can achieve higher efficiency by applying parallel transaction execution and circumventing consensus for simple blockchain transactions.

Some of the main features of Sui are the platform’s unique approach to security, Sui’s ability to facilitate a more seamless developer experience, and improved UX for Web3 projects. In addition, the article covers an essential aspect of Sui development – the unique, Rust-based programming language known as “Move”. Furthermore, Move is a programming language for creating Sui-compatible smart contracts. Also, the language was developed alongside Move Prover, which is a verification tool that provides increased protection and security.

If you found this guide helpful, check out additional content here at Moralis’ Web3 blog. The blog features fresh and exciting blockchain development-related content that can help you become a more prominent blockchain developer. For example, learn more about Solana smart contract building or how to use Firebase as a proxy API! Also, make sure to check out additional Moralis tools, such as the Web3 Auth API, for example. This tool makes it quick and easy to implement various authentication mechanisms into all your future blockchain projects. If this sounds exciting, you can, for instance, learn how to add Coinbase Wallet login functionality in no time! 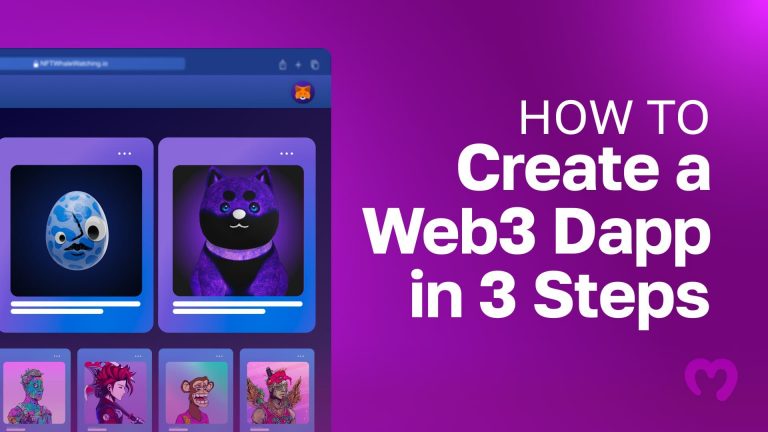 How to Create a Web3 Dapp in 3 Steps 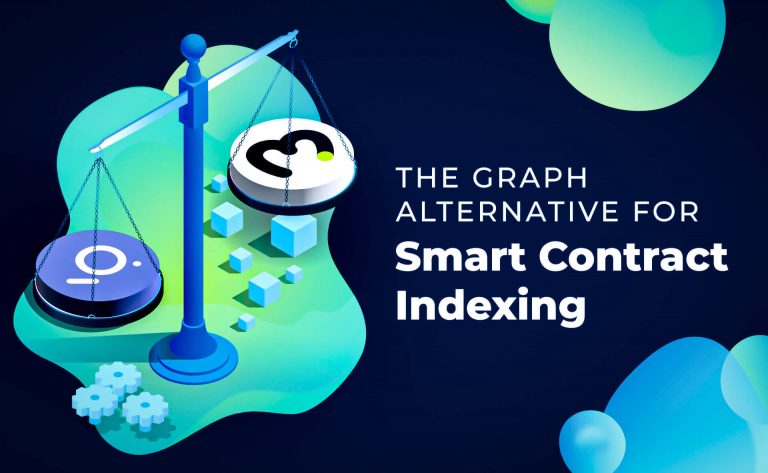 The blockchain world is growing and evolving fast and we’ve seen countless projects appear in a short amount of time. 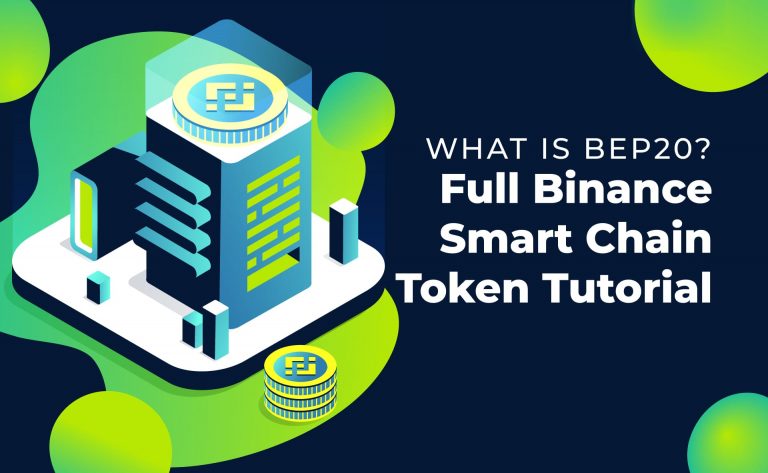 The Web3 ecosystem flourishes with the emergence of blockchains such as Binance Smart Chain (BSC). While Ethereum was the first