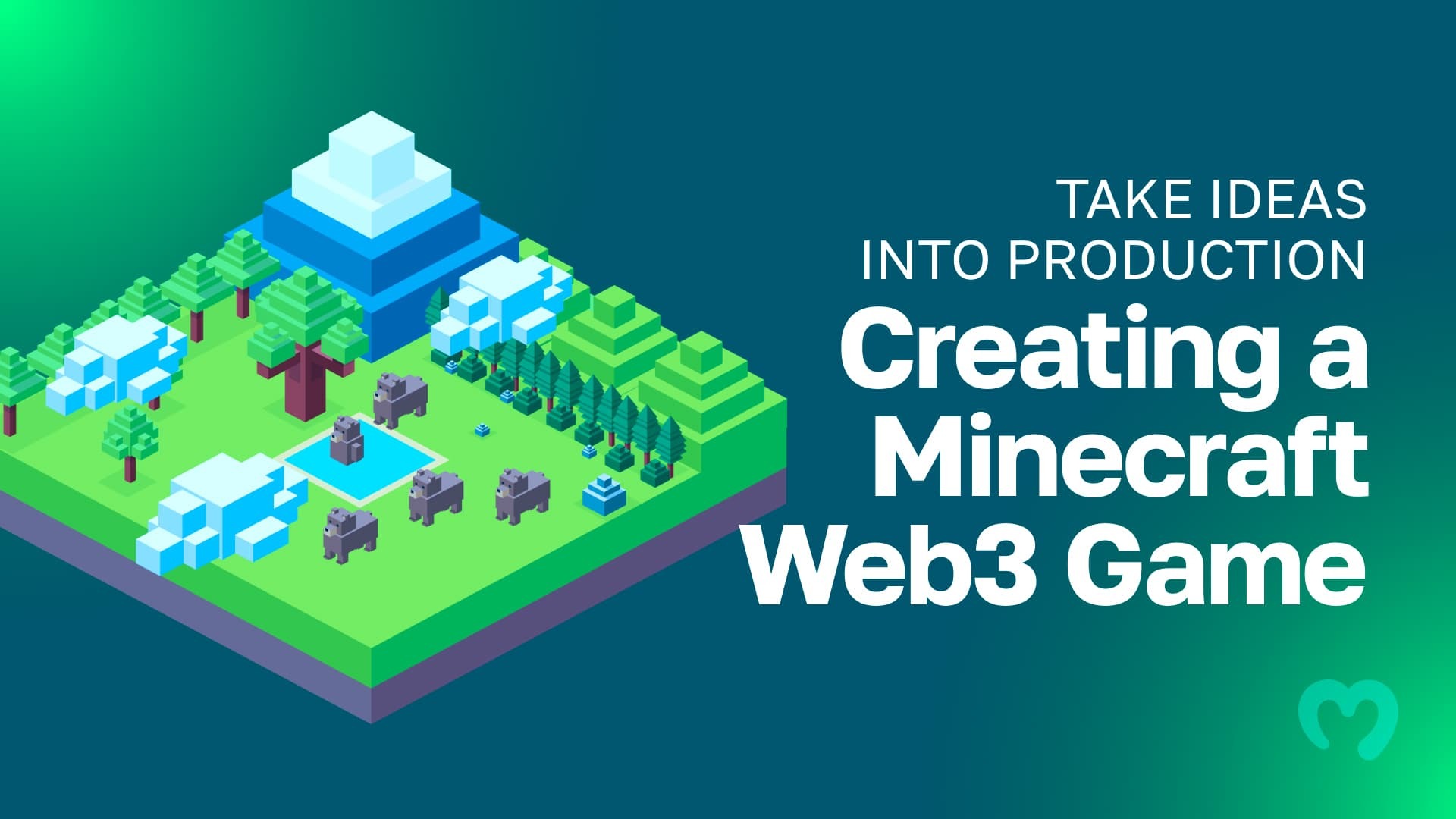 With the huge success of some already developed Web3 games, big-name companies from the traditional gaming sector are already exploring how to implement blockchain into their gaming model. As such, now is an excellent time to explore blockchain gaming and learn how to create a Web3 game. Moreover, as with any process, it all starts with an idea. However, initiating the creative mind and developing a Web3 gaming idea can be challenging. If you need some inspiration, you’ve come to the right place. In this article, we look at what a Minecraft Web3 game could look like. What’s great about Minecraft is that the game contains numerous elements that would perfectly match Web3 concepts. Hence, throughout the article, we will focus on a theoretical Web3 Minecraft game and explore concepts and tools to create not just a Minecraft Web3 game but any blockchain-based game you can think of!

Moving forward, we’ll first ensure you all know what Web3 games are. Also, although most people know what the game is all about, we’ll quickly explain what Minecraft is. After all, properly understanding these basics is vital if you want to dive into the “Minecraft Web3” discussion. Moreover, we will start the latter by answering whether or not Minecraft is a metaverse. Then, we’ll look closely at some great ideas and tools to help you create a Web3 Minecraft game without breaking a sweat. This is where you’ll learn more about Moralis – the ultimate Web3 API provider. Ultimately, Moralis lets you bridge the gap between Web2 and Web3 by using your legacy development skills to create dapps quickly and easily. Hence, make sure to create your free Moralis account!

What is a Web3 Game?

Since you know what games are, we need to focus on the “Web3” component for you to understand what a Web3 game is. As such, keep in mind that Web3 is the latest internet generation. Unlike Web2, which was all about centralized applications, Web3 is based on decentralization and blockchain tech. As such, it aims to add elements of true ownership, transparency, built-in economics, and more. However, it’s important to note that the main focus of Web3 is on the backend. Thus, the frontend will simply adopt most of what web 2.0 brought to life.

While blockchain networks and nodes are extremely important base layers of the blockchain tech stack, you do not need to deal with them. At least not directly. Instead, you can utilize powerful Web3 APIs and other dev tools to focus on the top layer – decentralized applications (dapps). After all, Web3 games are just particular types of dapps. As such, like all dapps, they offer players a way to interact with blockchain networks. While the details of on-chain interactions for Web3 games vary, they all become possible once players complete the Web3 authentication process. Hence, every Web3 game must have a reliable and user-friendly way of enabling users to connect their Web3 wallets.

Aside from Web3 authentication, Web3 games must be able to fetch on-chain data. Furthermore, to add even more advanced Web3 functionalities, blockchain games also need a way to listen to and trigger on-chain programs, known as smart contracts, which is the way to convert in-game assets into NFTs. As a result, it provides players with true ownership, which a Minecraft Web3 game should offer.

Despite Minecraft’s popularity, there are many people who don’t know what it is. As such, it’s worth pointing out that Minecraft is a sandbox video game. This means that the game includes gameplay elements providing players with a high degree of creativity. Furthermore, there are no predetermined goals. Instead, players get to set the objectives themselves. Moreover, sandbox video games are often referred to as non-games or software toys.

Mojang Studios developed Minecraft, and the man behind it was Markus “Notch” Persson. This developer used the JavaScript programming language to create this popular game. Furthermore, the game went public in May 2009; however, it was fully released two and a half years later. Since then, Minecraft has taken on the digital world, which led to Microsoft purchasing Mojang and the intellectual property of Minecraft for more than two billion dollars. In addition, Minecraft became the best-selling video game of all time. Hence, it shouldn’t come as a surprise that Minecraft is many players’ favorite game.

Depending on the selected game mode, players can fight hostile mobs or cooperate with or compete against other players in the same world. In addition, Minecraft comes with a variety of user-generated content, which expands the game’s possibilities. With all these features, a Web3 Minecraft game would make a lot of sense.

Minecraft and Web3 – Is Minecraft Considered a Metaverse?

The next section will discuss some particular ideas for a potential Minecraft Web3 clone. But before we move to that part, we want to answer whether Minecraft is a metaverse or not. Well, unfortunately, this question has a more complex answer. After all, there are so many explanations of what a metaverse is that it all depends on your opinion.

Ideas and Tools to Create a Web3 Minecraft Game

By doing so, you’d take a lot of guesswork out of the equation. After all, given Minecraft’s success, it’s obvious that this kind of game connects with players emotionally. Moreover, Minecraft also fits a wide range of players’ motivations and gamer types with its two game modes.

To understand that better, it helps to look at the “Bartle taxonomy”. The latter split player types into “socializers”, “explorers”, “achievers”, and “killers”:

The image above also clearly indicates that the majority (about 80%) of people are “socializers”, who are primarily just looking to have a good time with friends. Moreover, Minecraft is great for those types of players.

In addition to the above division, there are other ways to categorize player types and motivations. For instance, according to the latest research by Quantic Foundry, there are twelve gamer motivations that match nine gamer types:

By looking at the two images above, it’s safe to say that Minecraft covers quite a significant range. However, if you would manage to create a Minecraft Web3 clone, you’d be adding a whole new dimension:

The above image clearly shows how Web3 gaming (if constructed with proper incentives) can serve more than just players. Instead, investors and earners may also enter the arena (GameFi). This clearly shows you how Web3 functionalities expand the traditional concepts of gaming.

Ideas for a Minecraft Web3 Clone

In a game such as Minecraft, there are so many in-game assets and countless options to tokenize those assets. Depending on the type of in-game assets, they can be converted into NFTs or fungible tokens (e.g., ERC-20 tokens). NFTs would be the best choice for unique in-game items like maps, worlds, etc. On the other hand, fungible tokens could serve as the game’s currency. However, unlike Web2 games, when it comes to on-chain tokens, they can be exchanged for fiat, bringing their value to the real world.

Moreover, by converting in-game assets to NFTs, players would have true ownership of their game progress. Since NFTs would be stored in players’ Web3 wallets, they could send them to other players or trade them for other NFTs or fungible tokens. The latter could be done via a built-in marketplace or on third-party NFT marketplaces. Ultimately, there are countless utility options for fungible and non-fungible tokens in a Minecraft Web3 clone.

With the tokenization in place, you can easily implement all three current GameFi models, which include:

We’ve already mentioned that Moralis is the ultimate tool to use if you want to create Web3 games the easy way. This enterprise-grade Web3 API provider enables you to incorporate all of the features covered in the above section. However, the first step is to set in place Web3 authentication, where Moralis’ Web3 Auth API is the go-to option. Then, you’d use Moralis’ NFT API and Token API to fetch on-chain data related to those crypto assets. To effortlessly interact with smart contracts and use them as triggers, the Moralis Streams API is the best choice.

Furthermore, the Moralis SDK supports all leading Web2 development platforms. This means you can create Web3 games with legacy tools such as Firebase, Supabase, Unity, React Native, and many others. Hence, via this cross-platform interoperability, Moralis enables you to bridge the gap between Web2 and Web3.

Nonetheless, it’s also worth mentioning that Moralis is fully cross-chain interoperable. This means you can deploy your Web3 games to all leading programmable blockchains. Plus, you future-proof your work, as you will never get stuck to any particular chain.

In addition, Moralis comes with a complete suite of learning resources. These include the Moralis documentation, its blockchain blog, Web3 YouTube channel, and Moralis Academy. The first three outlets are completely free and come with countless explanations of Web3 concepts and tutorials. Accordingly, they can help you become a Web3 developer for free.

On the other hand, you can take an even more professional approach to your crypto education by enrolling in Moralis Academy. Given that you seem interested in creating a Minecraft Web3 game, the “Ethereum Game Programming” course may be exactly what you need.

Last but not least, below is a video of a Moralis team member explaining why Minecraft is his favorite game. It may spark some additional “Web3 Minecraft” ideas.

Throughout the sections above, you had an opportunity to obtain some great ideas for a potential Minecraft Web3 clone. However, we first explained what Web3 games are. This is where you learned about Web3 and how it is already revolutionizing the online and real world. We also provided some basic information about Minecraft. Further, we also explained that by our understanding of the metaverse, Minecraft could be placed in the “metaverse” category. Then, we took a closer look at some ideas on how to tokenize in-game assets and provide players with true ownership of their investment in playing the game. Finally, we did a quick overview of Moralis, which is the tool to create Web3 games the easy way.

If today’s article inspired you to actually tackle such a challenging feat as creating a Minecraft Web3 game, you probably already have impressive dev skills. As such, just create your Moralis account and start “BUIDLing”. However, if you are new to Web3 development, we recommend you start with some simple tutorials. For instance, use the Moralis docs to create your first dapp. Of course, feel free to explore other blockchain development topics that await you on the Moralis blog. Some of the latest articles focus on cross-chain bridging, programming smart contracts on Solana, uploading files to IPFS, minting a coin on Solana, the Aptos and Sui blockchains, and much more. 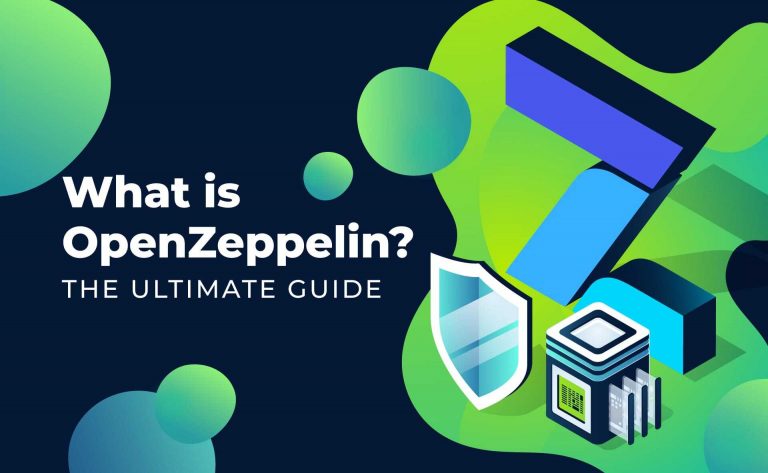 What is OpenZeppelin? The Ultimate Guide 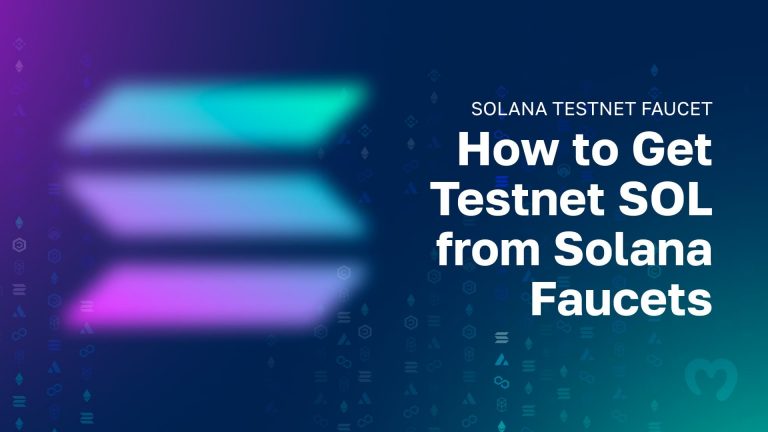 Solana Testnet Faucet – How to Get Testnet SOL from Solana Faucets

Are you wondering how to acquire testnet SOL using a Solana faucet? If so, you are exactly where you need 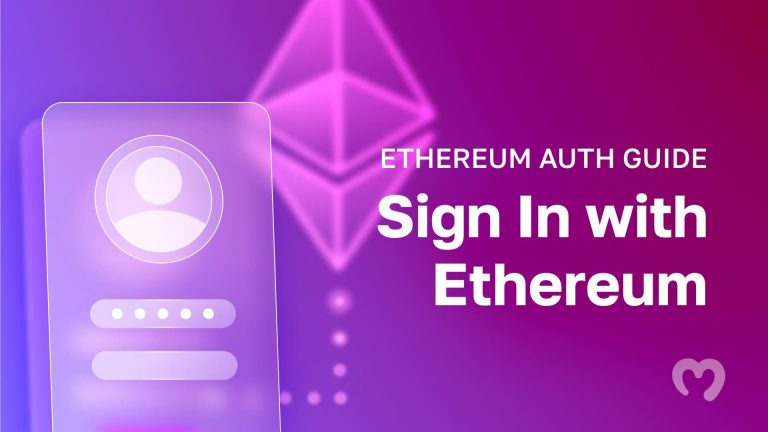 Despite the current macroeconomic climate, there’s no signal that Web3 adoption is stopping. Though, in the most immediate future, we