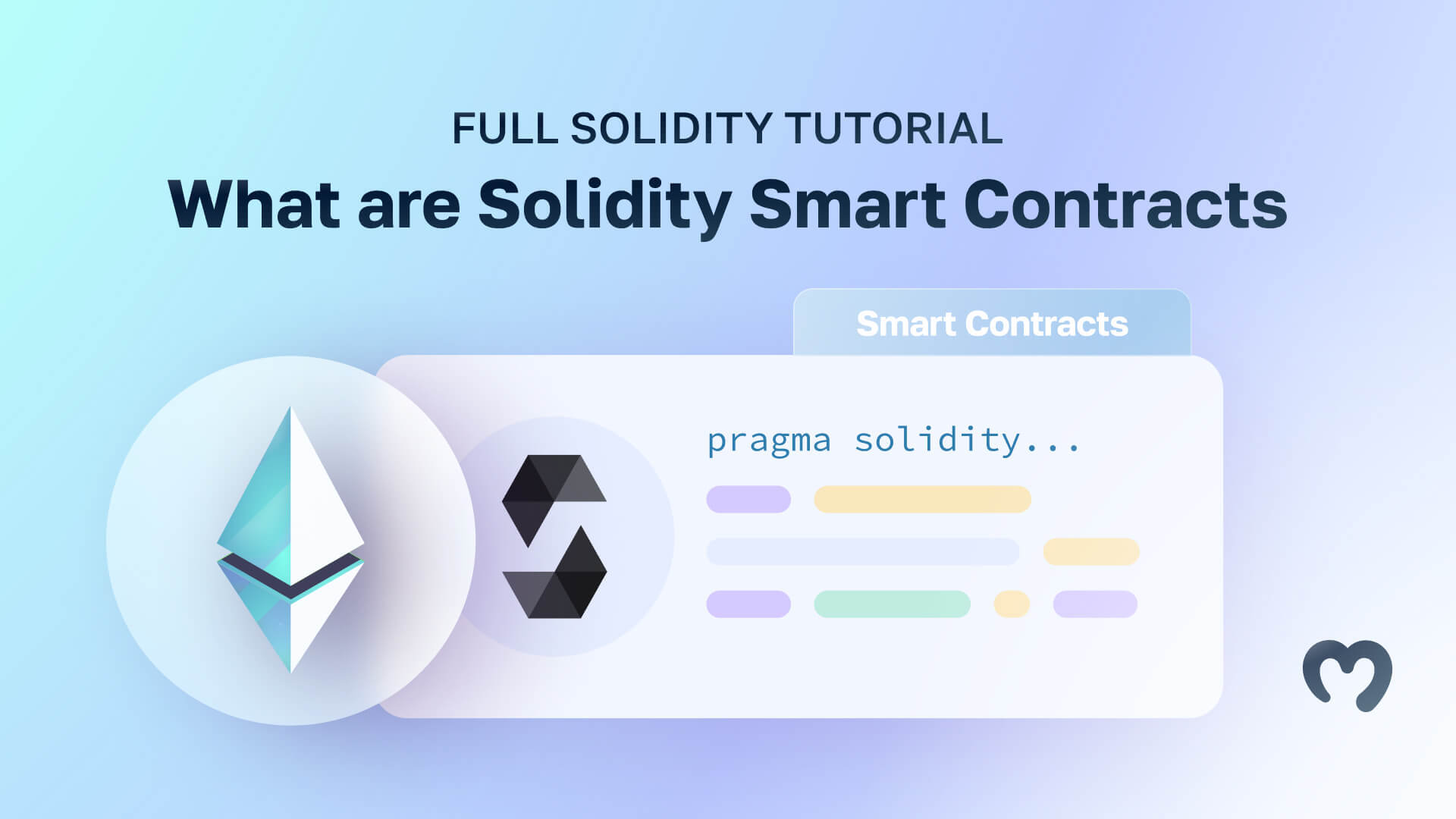 Clearly, our global presence is increasingly shifting online. What’s more, the advent of Web3 brings about a vision of decentralized finance, digital art, permissionless social media, virtual real estate, and more. Perhaps because we are dissatisfied with our tangible world, we are looking to find ways to connect on networks that can’t be controlled by centralized actors. As such, we are leaving behind our centralized era, setting out toward a new decentralized world. Here, users have the power to create, share, buy, and exchange anything in a digital, peer-to-peer setting.

So, what makes blockchain technology so special? Firstly, it allows anyone to complete a transaction between two parties without intermediaries. As such, we can accomplish things quickly and easily. For example, if you want to transfer cryptocurrency between users, you don’t need a bank, a notary, or a broker to certify or authenticate the transaction. Secondly, since the blockchain stores the transaction inside blocks, it’s difficult to corrupt, delete, change, fake, or steal the assets involved. Finally, blockchain is an open-source, decentralized technology verified by peer-to-peer interactions, adding another layer of trust.

Blockchain transactions are based on smart contracts – essentially strings of code – that provide all the information needed for a safe, secure, and authentic transaction between participants. But what exactly are smart contracts, and what makes them so important in the Web3 world?

Blockchain technology was, for a long time, largely limited to cryptocurrencies. That was, until programmers created a new computer language – namely, Solidity. The Solidity language was uniquely crafted for writing smart contracts that can be modified for many different use cases. However, without the Ethereum network, which Ethereum Virtual Machine powers, the ability to run Solidity smart contracts and add them to the blockchain wouldn’t be possible.

The Solidity language had to be as simple as possible, for smart contracts to be used in as many applications as possible. As such, new programmers could quickly learn and use it. In addition, it needed to be more human-like (high-level) and object-oriented (contract-oriented) to better mimic a real human contract transaction. To develop this kind of an elegant language, the founding programmers adapted the most suitable components of well-known programming languages. This included Python, C++, and JavaScript. Then, they created Solidity. Instead of ones and zeros, the Solidity language uses curly brackets and “if/then” statements that can handle complex user inputs.

Because the Solidity language is flexible and contract-oriented, it is perfect for creating smart contracts for all kinds of decentralized applications (dapps). Depending on their complexity, dapps can be difficult and time-consuming to develop, especially for those new to programming.

Moralis is the best platform for creating backend infrastructure for dapps quickly and easily. Specifically, Moralis allows you to do so using just a few lines of code. Also, you can easily learn how to create smart contracts with Moralis. Sign up for a free Moralis account so you can focus on your dapp’s frontend. We’ll handle all the rest! y

What are Solidity Smart Contracts?

Solidity smart contracts are strings of code written in the Solidity language. These specify the terms and conditions that all parties involved in a transaction need to fulfill before the contract can go through.

Each fulfilled smart contract gets a public key, or a string of randomly generated numbers, serving as its address. This is so that anyone can verify that it exists. Although the smart contract is stored permanently on the blockchain and everyone has access to it, it doesn’t mean that everyone can view the contents. Only the parties involved in the contract receive a private key, giving them access to an unencrypted version of the smart contract.

When the blockchain stores the smart contract on its chain, the transaction is permanently confirmed – meaning no one can alter it. Encryption and block confirmation is crucial to blockchain technology, as it makes changing or corrupting the information nigh impossible. A hacker would need to change code in every single block to modify a smart contract. This is an overwhelming, if not outright impossible, task. Because the transaction process does not involve middlemen, smart contracts can execute automatically at any time. As such, smart contract transactions present a revolutionary way for any parties to enter into agreements.

To create and execute a smart contract on a blockchain, you must sign up for a Web3 wallet. This wallet can store your cryptocurrencies and assets, public and private keys, and information connected to each transaction.

Each smart contract transaction requires a certain amount of “gas” to run. Accordingly, when a user interacts with a dapp on Ethereum, a user must pay for the gas to run that Solidity smart contract. Although each user can set a gas amount they are willing to spend on each smart contract, the more currency a user reserves for a transaction, the more quickly a transaction will be executed and be verified by miners. Essentially, this is because miners prioritize validating more lucrative smart contracts. As such, miners and node owners can earn money helping to grow the blockchain, However, this isn’t always lucrative – as doing so requires expertise, special equipment, and the right know-how.

Imagine being able to trade, invest, borrow, loan, send, and buy anything anytime, all across the globe. Decentralized finance (DeFi) is the future of finance, with cryptocurrency and blockchain technology as its essential components.

Today, we can sell or trade almost any tokenized creation through blockchain technology. Probably the most well-known tokens are NFTs. These tokens can be any form of art, music, video, piece of writing, or even a web address. To determine the value of a token, one must consider its popularity, scarcity, demand, rarity, collectability, market value, etc. The interesting thing about NFTs is that the purchasing party doesn’t necessarily own the art itself. The buyer essentially purchases bragging rights as the sole owner of the original artwork.

Selling art as an NFT on platforms such as OpenSea allows many artists to reach an audience that they would never have access to before. Also, it enables them to secure resale royalties of their NFT art. In addition, their NFTs could serve as a promotional tool and could lead to sales of their physical artwork as well. Some artists even believe that NFTs are the future of selling physical artwork, preventing forgery, and keeping track of resale royalties. Create your own OpenSea clone in just a few simple steps using Moralis!

Crowdfunding is one of the most overlooked niches in the blockchain space, although it is one of the most promising benefits of blockchain technology. Decentralized crowdfunding platforms allow the donors to own a portion of the supported project. Partial ownership gives people a real sense that they are participating and investing in the project they are funding. Traditional crowdfunding can be cumbersome with many middleman fees and strict rules as to who can donate. With smart contracts, decentralized crowdfunding platforms can also serve as investment tools since users can earn profits from projects they support.

Smart contracts have found a strong niche in the real estate arena. Certain companies help people invest in portions of tangible real estate. They do so by tokenizing property assets that people can purchase as investments. Normally, real estate investing involves a lot of paperwork, third-party fees, and a huge time commitment to find suitable properties. However, by investing in blockchain-backed real estate, investors can quickly, easily, and securely start investing and creating a steady source of passive income.

Gaming has become one of the most interesting, popular, and lucrative ways to use smart contracts. People have created entire universes (metaverses) on blockchains where interaction among users is often the game itself. Other NFT games, such as Axie Infinity, are “play-to-earn” games where users get rewards for participating in different aspects of the game. Moreover, there is a wide variety of blockchain gaming themes. These themes range from collecting trading cards and exploring far-away universes to sports games such as fantasy football.

Content censoring and “de-platforming” have become hot topics on social media platforms like Facebook, Twitter, and YouTube. The disadvantage of these platforms is that they have a centralized command where everything that users post can be viewed, scrutinized and deleted by people hired to monitor content. Although some of the regulations are justified in case of illegal activity, many people feel that this kind of oversight violates freedom of speech. If people aren’t allowed to have clashing opinions, the possibility of a free and open society that wrestles with opposing ideas and finds the best solutions is threatened. This is where Solidity smart contracts come in.

Blockchain technology has been used to create social media platforms that are open and self-regulated by peer-to-peer interactions. Did you know that you can build your own Web3 Twitter clone in just an hour using Moralis?

How Do You Set Up a Moralis Server So You Can Start Building?

If you are a dapp developer looking to speed up your backend development process, Moralis is the tool for you! Usually, a Web3 backend setup process can take months. However, when using Moralis, you can set up your dapp in hours or even minutes. As such, Moralis substantially improves your quality of life as a programmer. Moreover, it allows you to create and deploy dapps quicker than ever!

How Exactly Does Moralis Help Developers?

When creating a dapp, the development process has two main components: the frontend and backend. The part that Moralis helps you create quickly is the backend. As such, Moralis takes care of the work any developer has to deal with when creating a quality dapp. By implementing a few lines of code from the Moralis documentation, you will be able to collect blockchain data from each user, keep track of user behavior in real-time, provide API to other apps, index the blockchain, and more!

How Do I Get Started Building My Dapp with Moralis?

Starting to create a dapp with Moralis is easy. Simply go to Moralis and sign up for a free account! When you log in, click on the “Create a New Server” button. Then, choose the kind of server you would like to work on – Mainnet, Testnet, or Local Devnet. Next, choose the region closest to you (for example, New York, Toronto, London, etc.). Also, select the chains you would like to work with (Ethereum, Polygon, BNB Chain, Avalanche, or Fantom). That’s it; you are all set to start creating your dapp! In addition, for step-by-step written and video tutorials on how to build your project with Moralis, visit Moralis’ documentation page.

What are Solidity Smart Contracts – Summary

The internet is transitioning to Web3, and the new decentralized frontier requires the development of quality dapps. Dapps are based on smart contracts on blockchains. Further, they execute different types of transactions between parties quickly, securely, permanently, incorruptible, and uncensorable. They are also peer-to-peer authenticated, eliminating third parties such as banks, notaries, and brokers.

Currently, it is difficult and time-consuming to create dapps from scratch, especially on the backend. Fortunately, you don’t have to reinvent the wheel because Moralis provides you with the tools to start building your dapp quickly. As a result, you can bring your dream idea into a reality! Will you join the Moralis Web3 revolution? 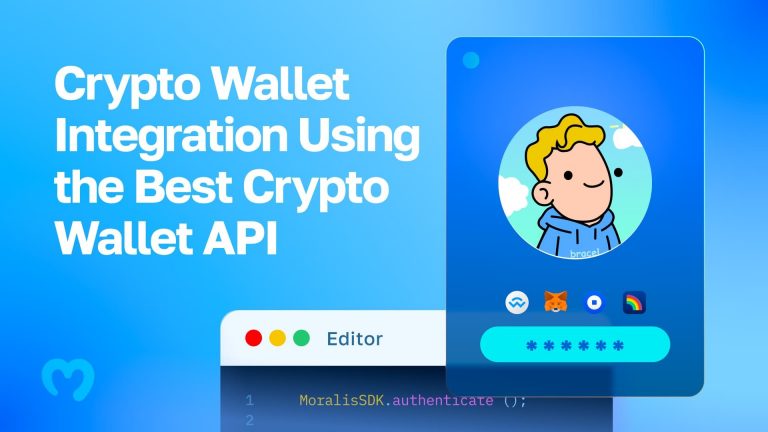 This guide covers the intricacies of crypto wallet integration along with a demonstration of Moralis‘ Web3 Auth API. To demonstrate 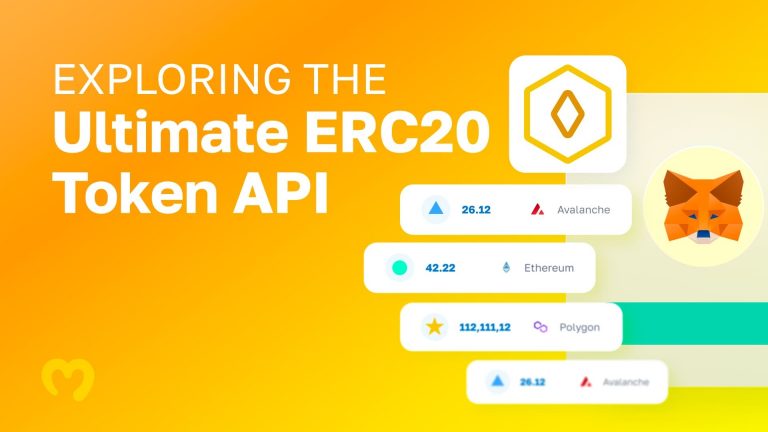 A high-quality ERC20 token API is essential when building dapps. By using the following line of code, you can use 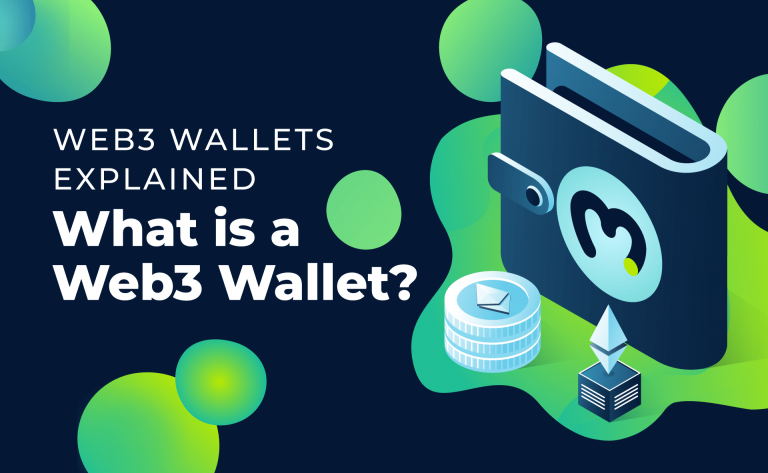 As interest in Web3 heats up, participation in the various ecosystems is drastically increasing. Moreover, if you’re unfamiliar with the