Why is Web3 Important? A Beginner’s Guide

Why is Web3 importantWhy Web3 is Important 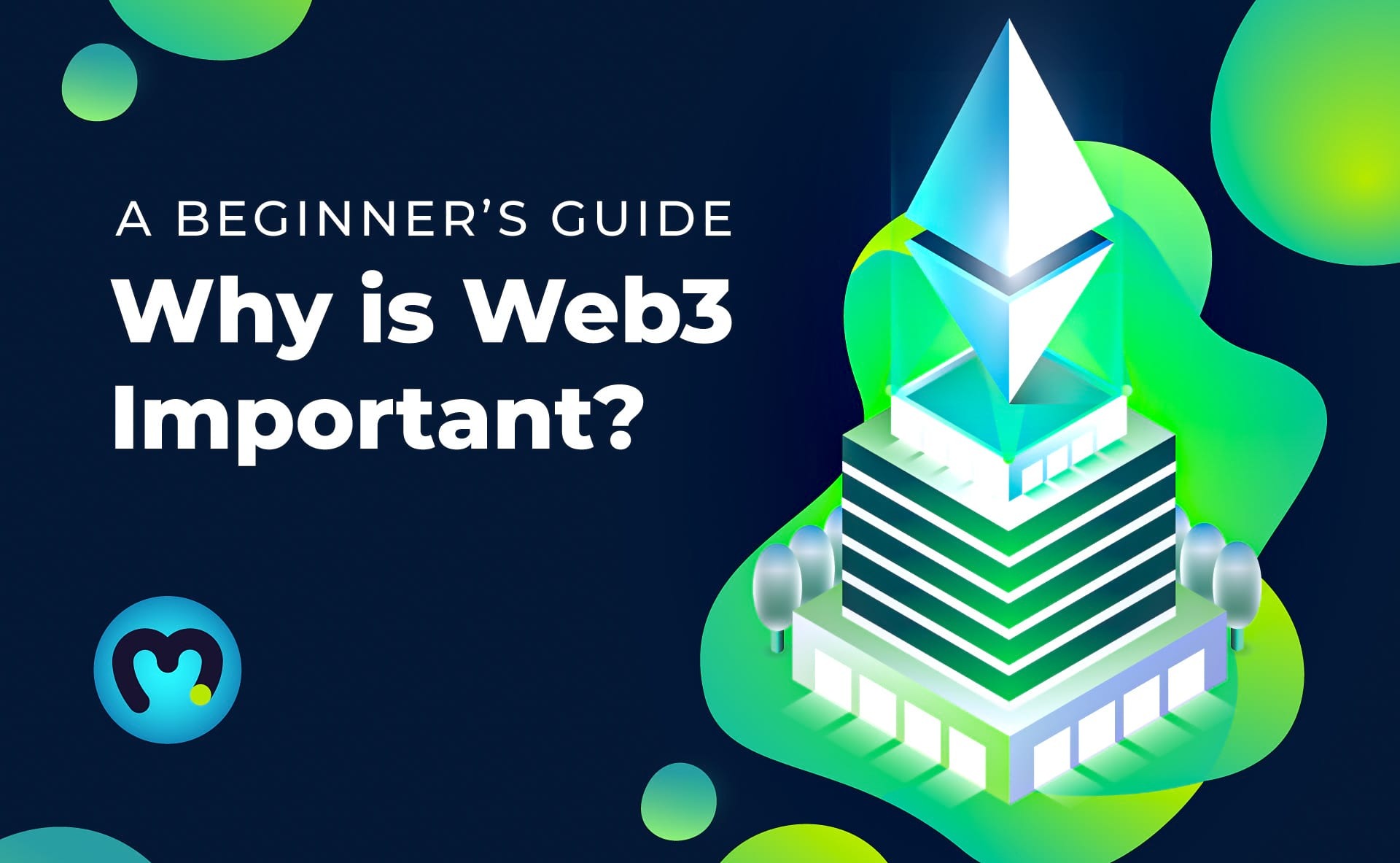 Even if you’re new to or unfamiliar with the blockchain industry, you’ve most likely stumbled upon the term ”Web3”. Mainstream media is increasingly using the term, meaning that Web3 is becoming part of the average person’s vocabulary. However, even as the concept receives increased attention, not everyone is familiar with what Web3 entails. As this might be the case, we’re in this article going to dive deeper into the decentralized web and provide an understandable explanation as to why Web3 is important.

To begin with, we’ll provide an overview of Web3 and compare it to the more familiar concepts of Web1 and Web2. Following this, we’re going to dive deeper into why Web3 has gained increased attention more recently. Lastly, we’ll top everything off by describing the current state of Web3 and its connection to the metaverse.

Moreover, we can’t talk about Web3 without mentioning Moralis, as the operating system is essential for blockchain development. Moralis democratizes Web3 development by enabling anyone to build powerful blockchain applications without manually setting up their own Web3 backend. Furthermore, Moralis allows them to create dapps and Web3 projects in minutes and hours rather than weeks and months. For example, you can create an NFT marketplace in just 15 minutes using Moralis!

Thus, it’s in your best interest to sign up with Moralis if you’re looking to become a blockchain developer. By doing so, you will not only receive access to Moralis’ advanced Web3 backend infrastructure but additional development tools alike. For example, you’ll find Moralis Speedy Nodes, native support for IPFS, the Moralis Price API, and much more among these tools.

Nonetheless, let’s kick off this guide on why Web3 is important by taking a closer look at what the decentralized web entails.

Before trying to understand why Web3 is important, we need to define the concept. This is easier said than done as people are conflicted in what Web3 exactly entails, and numerous definitions exist. Put simply, this third generation of the web is the new version of the internet with decentralized blockchain technology at its core.

Blockchain is the same technology behind some of the most prominent cryptocurrencies, such as Bitcoin or Ethereum, and it’s a central aspect of the decentralized web. So, what is a blockchain?

A blockchain is a distributed database or ledger shared amongst an extensive network of nodes. The nodes are essential for the network as they ensure the blockchain’s security by keeping an immutable record of all events and transactions occurring on-chain. It is, therefore, blockchain technology that allows for a higher degree of decentralization, which is a vital aspect of this new version of the internet. Moreover, this system makes data flow transparent as all information is public. As a result, it limits misuse and fraudulent behavior, making it more difficult to cheat the system.

People believe that this new version of the internet will take many forms. This includes ”play-to-earn” video games, NFT platforms, decentralized social networks, DeFi (decentralized finance) platforms, etc. Moreover, the technology and innovative new solutions suggest that Web3 might transform the internet as we know it and create a new digital economy free of intermediaries.

The easiest and quickest way of building projects like these and contributing to the decentralized web is with Moralis. A clear example here is Moralis’ article on how to build a Web3 Amazon marketplace.

However, to make things more understandable and illustrate why Web3 is important, it’s beneficial to compare Web3 to what we already know: Web1 and Web2.

How Does Web3 Compare to Web1 and Web2?

Generally, we can divide the history of the internet into three phases: Web1, Web2, and Web3. You might not be familiar with either of the terms; however, you have definitely interacted with the two previous versions of the web.

As the names suggest, Web1 refers to the first phase of the internet. During this phase, the main point of the web was to facilitate the supply and consumption of information. This meant that Web1 lacked interactive elements making the internet relatively static. As such, people mostly read content online and didn’t have a way of contributing.

However, with the rise of large social media companies, the web evolved to become more interactive. This was when the internet transitioned into the second phase: Web2. With Web2, the web experience became more dynamic. This meant that people could participate and contribute by providing their own content.

Web2 gave rise to some of the most prominent organizations in the world, such as Facebook (now Meta), YouTube, Twitter, etc. These companies ended up distributing and monetizing most of the web’s activity, keeping money and control for themselves in a centralized manner.

However, Web2’s centralization aspect poses issues regarding privacy, transparency, single points of failure, among others. Now, Web3 aims to replace the large and centralized corporate platforms with open protocols and community-run decentralized networks. Further, this means that it keeps the open infrastructure of Web1 and the public participation of Web2 while combining these characteristics with decentralization. As a result, Web3 has the potential to rid the internet of some of the most significant concerns with centralization.

Benefits of the Decentralized Web

In the previous section, we talked about decentralization and the issues with the current centralized internet. However, what are the benefits of a decentralized web?

First of all, Web3 platforms provide users with more opportunities to monetize their activity and contribute to different platforms. This is something that the mega-platforms of today don’t really allow or have the ability to facilitate.

An example is the vast aggregation of data that, for example, Meta profits from. They accumulate user data to sell targeted ads, a highly lucrative business model. However, a decentralized Meta alternative might allow users to monetize their own data instead.

Another exciting project could be a Web3 version of Spotify, e.g. using a Web3 login or featuring NFTs. Users could essentially work as patrons in exchange for a stake in streaming royalties. If this is of interest to you, you can learn more about building Web3-ready projects with Moralis, such as a Web3 Spotify clone!

The second benefit of Web3 is that platforms can be democratically governed, something that isn’t a clear case in Web2. Social media conglomerates such as Meta and Twitter are basically autocracies. This means the people in charge can e.g. ban accounts and change rules on a whim. A modern alternative could democratize this power and delegate these decisions to users. In turn, not one person or entity would hold ultimate authority, and users would be able to vote on important matters.

Lastly, the decentralized web would most likely rely less on ad-based business models. This provides more privacy to users due to fewer trackers and targeted ads haunting them. However, these are only a few examples of benefits explaining why Web3 is important.

Why is Web3 Important, and Why are People Discussing Web3?

Some claim that the hype regarding Web3 is an effect of marketing and FOMO (fear of missing out); however, that’s not the entire story! The increased attentiveness toward the decentralized web is also influenced by the talent, capital, and energy poured into blockchain and crypto startups.

Investment firms have put more than $27 billion into crypto projects in 2021 alone, where much of the capital has been directed towards funding Web3 projects. Moreover, some of the largest social media platforms, including Twitter and Reddit, are also experimenting with Web3 to get a piece of the action.

The wider Web3 industry is soaking up a lot of tech talent at the moment. Specifically, there’s employees from some of the most prominent tech firms leaving stable, comfortable jobs to seek new adventures in the decentralized web.

Another interesting sector highlighting why Web3 is important is NFTs (non-fungible tokens). NFTs are currently booming and presenting some of the most interesting projects within industry. These tokens have been picked up by mainstream media and have been making headlines for quite some time now. With the abundance of publicity, you might already be familiar with NFTs. However, if this isn’t the case, you should definitely check out Moralis’ article answering the question ”what are NFTs?”.

The money, talent, and energy poured into the sector showcases how hot Web3 is right now. As such, if you have an interest, you should keep up to date with Web3 here at the Moralis blog!

Web3 and the Metaverse

An additional buzzword receiving an abundance of publicity quite recently is the metaverse. You have most likely stumbled upon the term. However, what does it mean, and what does Web3 have to do with it?

The metaverse is a term we currently use to describe immersive digital worlds where people can play games, socialize, attend meetings, and conduct other activities. The “metaverse” term gained increased attention with Facebook’s rebranding to Meta. However, the term has been around since the early nineties, and it has been explored in movies, literature, and games.

Many believe that Web3 is an essential part of facilitating the metaverse as it allows for the creation of decentralized digital worlds that aren’t under the control of large entities, which is another point illustrating why Web3 is important. Moreover, it’s also possible that crypto tokens such as NFTs will represent items within the metaverse. For example, these types of tokens might represent an avatar, a piece of land in a digital world, or other items.

The possibilities with the decentralized web and the metaverse are endless. Moreover, the easiest way to build metaverse and blockchain projects is with Moralis. Moralis’ Metaverse SDK makes it super easy to create Web3 games and platforms. For example, you can check out our articles on how to create a metaverse dapp with Unity or how to build a medieval metaverse game!

Why is Web3 Important? – Summary

Web3 is becoming increasingly popular and is most likely a term that most people will come to know shortly. It is the next stage of the internet, and it’s characterized by decentralization. Furthermore, it’s an ecosystem built using blockchain technology – the same technology behind cryptocurrencies.

So, why is Web3 important? Well, just in 2021 alone, venture capitalists poured over $27 billion into crypto projects, many of which are related to the decentralized web. Along with the investment, the field also attracts tech talent from some of the largest firms. Thus, we’re certain to see Web3 develop even further in 2022. This suggests that it’s something you should keep a close eye on in the near future.

If you have an interest in learning more about why Web3 is important and become a blockchain developer yourself, you’re in the right place. Moralis is the premier operating system for blockchain development. Also, if you sign up with Moralis, you’ll be able to cut your development time for all future blockchain projects by an average of 87%! 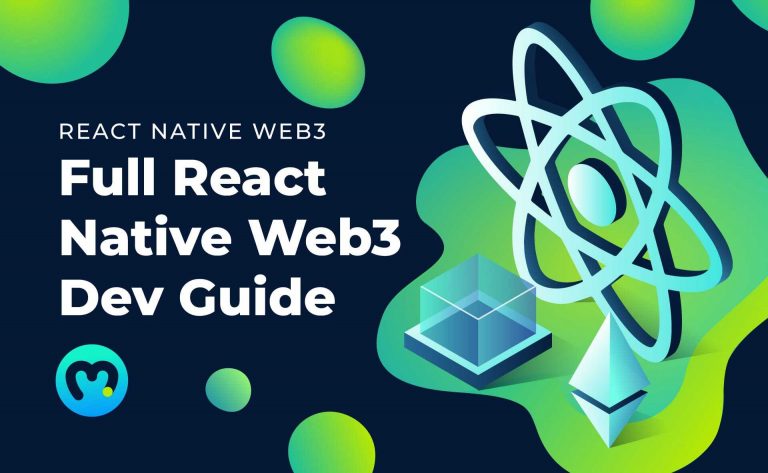 Since the average user nowadays utilizes mobile devices more than anything, it is paramount that Web3 becomes mobile-friendly. Initially, the 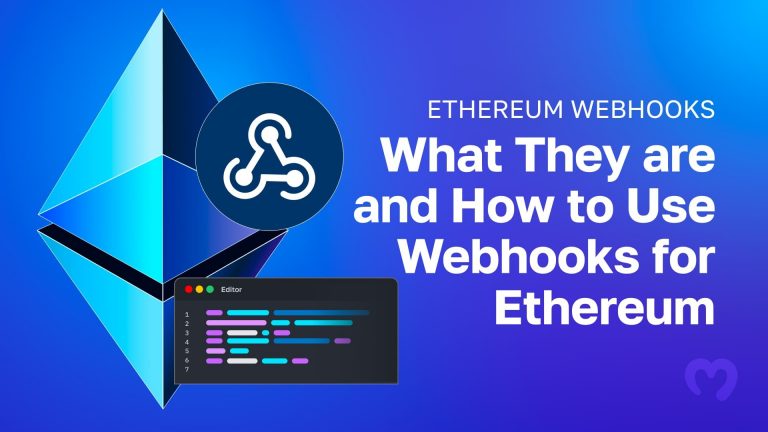 Are you looking to set up an Ethereum webhook? If so, utilizing the best Web3 development tools is highly beneficial. 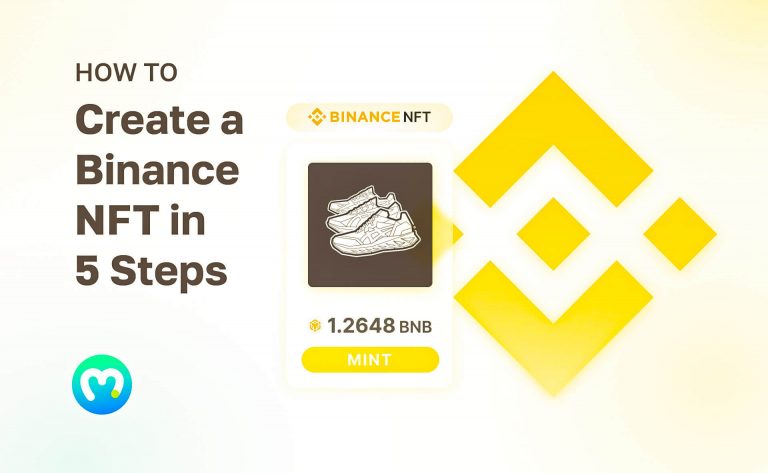 How to Create a Binance NFT in 5 Steps

Creating a Binance NFT on BNB Chain, rather than creating an NFT on Ethereum, comes with certain benefits. One of