Web3 Identity – The Full Guide to Authentication, Identity, and Web3 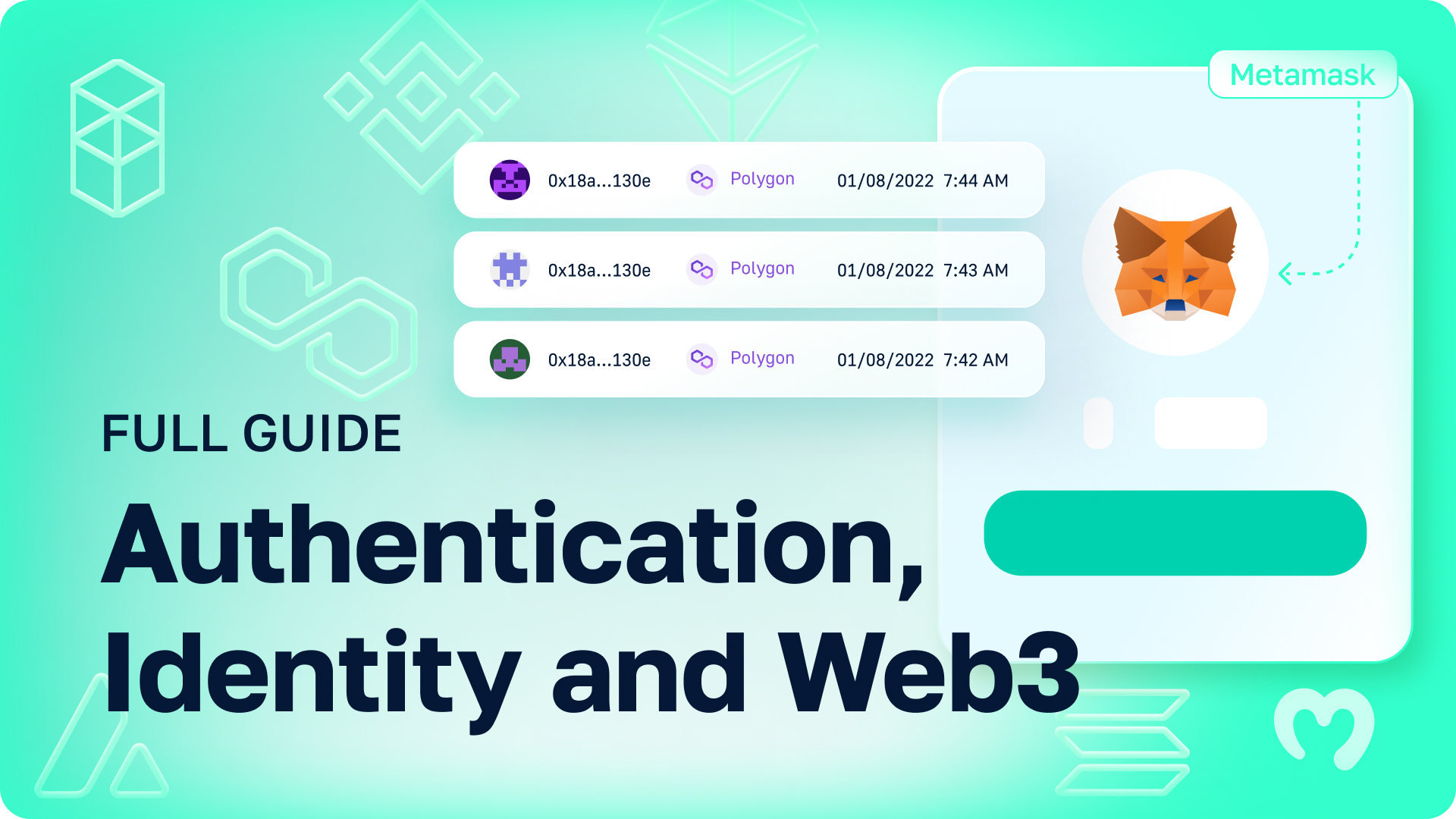 The Web3 industry has seen tremendous growth over the past couple of years. Decentralized finance (DeFi), non-fungible tokens (NFTs), decentralized autonomous organizations (DAOs), etc., to name a few, receiving an abundance of both media attention and funding. Moreover, we are likely to see these sectors keep growing. However, in the shadow of these concepts, we find the interesting and equally exciting notion of Web3 identities. A Web3 identity for users is fundamental for Web3 development and the entire space to realize the full potential of decentralization. As such, this article will explore all you need to know about Web3 identity!

Once we grasp the concept of a Web3 identity, we will take a closer look at how to authenticate Web3 users through Moralis! This is possible with a single line of code thanks to Moralis’ authentication API, making this process more seamless. Lastly, we will top everything off by exploring three potential use cases for Web3 identities.

The Web3 authentication API is one of the tools allowing Moralis to bridge the gap between Web2 and Web3 development. In addition, Moralis makes the implementation of Web3 syncs and Web3 webhooks more seamless. Moreover, Moralis offers an extensive set of APIs. Amid these interfaces, you will, among others, find both the NFT API and EVM API.

As such, if you would like to become a blockchain developer, make sure to sign up with Moralis!

The early stages of the internet were without a native identity layer for people. As such, the responsibility of digital identities was shouldered by the various websites and applications of the internet. This approach was appropriate for the current technology and the number of users back then. However, now with billions of web users, the drawbacks of this system are becoming increasingly apparent.

A model based on usernames and passwords has been the dominant paradigm for quite some time, despite repeatedly proving to be a fault and insecure model. Moreover, people have to juggle several passwords for different websites resulting in a negative user experience. This is apparent as there are multi-million dollar businesses with the sole purpose of helping individuals manage their fragmented accounts.

However, the main issue is not necessarily the poor user experience but rather the fact that individuals do not own their identities and data. Instead, users basically rent their identity from central entities such as large conglomerates and businesses. As such, they are prone to the risks associated with centralization, including hacking, censorship, manipulation, or even loss of data.

These flaws highlight the need for change, which can now be facilitated by the advent of Web3 and the underlying technology. However, this potential shift in how identities are handled online positively influences users and presents opportunities for businesses to innovate and improve user experiences. As this is likely to become the case, we will dive deeper into the intricacies of Web3 in the following section and try to answer the question, ”what is a Web3 identity?”.

Without a Web3 identity, it would be challenging for people to verify their credentials, something that would prove problematic in the current Web3 ecosystem. As such, Web3 identities play an essential role in the next stage of the internet. Unfortunately, the concept of a Web3 identity for all users has been overlooked compared to more prominent ideas such as DeFi, DAOs, NFTs, etc. However, a flexible, shared, and resilient identity layer is essential for the ecosystem of the decentralized web. So, what exactly is a Web3 identity?

A Web3 identity provides users with full control to manage their information directly. Furthermore, a Web3 identity is generally an address on the internet used to find information and data associated with a particular individual. This information contains information enabling use cases like data encryption, communication, sign-in mechanism, etc. This data is safeguarded by cryptographic proofs such as digital signatures.

To summarize, a Web3 identity is basically a safe and secure digital identity for individuals providing them more control of their personal data and information. This is not entirely different from traditional identities discussed in Web2 or even Web1. However, the primary difference is in relation to ownership and interoperability.

This suggests that a Web3 identity centers around a user-centric ownership model where portability is a priority. As such, the identity layer enables the transferability of inherited information. This system, in comparison to the common Web2 system, implements a proactively fitted portability solution.

Furthermore, a common concept often associated with Web3 identities is SSIs or self-sovereign identities. That said, what are SSIs?

SSIs, or self-sovereign identities, center the control of information entirely around users. This is ultimately in line with the central ideas of Web3, as SSIs eliminate the need to store personal information in central servers and databases. Instead, individuals are in control over what information they share, ensuring a higher degree of privacy. This presents a user-centric approach where individuals exchange authentic and digitally verified information securely.

An ecosystem where individuals have their own Web3 identity can prove highly beneficial for enterprises. First of all, it can significantly improve the UX (user experience) as users can use the same credentials for several different platforms. As a result, it removes the need for multiple login credentials for different websites.

What’s more, it will eliminate the frictions during onboarding. As such, with the click of a button, users will have access to services without the need to sign up, etc. This suggests that businesses’ services will become more accessible to all users. Not only will it potentially increase business, but it will additionally contribute to a more seamless user experience.

With a better idea of what a Web3 identity and SSIs are and why they are important for the Web3 ecosystem, we can take a closer look at how you can implement authentication mechanisms for these virtual identities. The best method for doing so is with Moralis’ Auth API! As such, we will take the following section to dive deeper into the Moralis authentication API.

Without Moralis’ authentication API, you would need to redirect users to third-party auth interfaces, fully grasp Web3 auth flows, learn how to verify and sign wallet messages, set up wallet standards, etc. These are all cumbersome tasks that you can avoid through the usage of Moralis. Instead, Moralis supplies one unified API for all Web3 auth methods along with a comprehensive SDK, which allows you to integrate these functionalities into all projects seamlessly. What’s more, the API is compatible with other auth aggregators such as Auth0.

Furthermore, if you are familiar with the Web3 realm, you will also know that the industry moves quickly. As such, you need to worry about new Web3 wallets and chains popping up constantly. However, this can all be avoided with Moralis’ Web3 authentication API as it supplies a future-proof authentication flow.

The API allows you to combine the accessibility and ease of Web2 development with the capabilities of Web3 tech. As such, it is a way for you to easily bridge the gap between Web2 and Web3. You can, therefore, focus your resources toward maximizing user value as you can put less emphasis on implementing features.

In fact, with Moralis’ authentication API, you can authenticate users with only a single line of code. This suggests you do not have to waste time on unnecessarily complex integrations. As a result, you can eliminate onboarding frictions and future-proof your sign-up flows!

Now that we have explored Moralis’ authentication API – which is the easiest way to verify a user’s Web3 identity – we can continue and take a closer look at some potential use cases for these identities. The Web3 identity use cases are plentiful, and anything associated with decentralization welcomes Web3 identities with open arms.

NFTs, metaverse, gaming, and peer-to-peer transactions are a few examples. As such, it is suggested that an open standard and the interoperability of a Web3 identity will play an essential role in the continued facilitation of a multi-chain ecosystem.

So, to fully understand Web3 identities and their roles within the Web3 ecosystem, we will explore some potential use cases. We are going to start with NFTs!

From a traditional viewpoint, online identification has primarily been the responsibility of the organizations behind web pages and applications. However, upon closer inspection, we highlighted the flaws associated with the current centralized model based on usernames and passwords. With the new Web3 paradigm, this outdated model does not make much sense. As such, the space adapted and created what is known as Web3 identities.

Decentralization, openness, security, etc., are pervading characteristics of Web3. For these to be attainable, users must be in control of their own Web3 identity. This provides more privacy and security to users. However, a Web3 identity for all users is also positively benefiting businesses and organizations. Moreover, Web3 identities make onboarding processes more seamless and provide a more compelling customer experience making brands more attractive.

What’s more, in addition to exploring the intricacies of Web3 identities, we took a closer look at Web3 authentication. In doing so, we explored Moralis’ Web3 authentication API, making this process significantly more accessible. In fact, with this API, it is possible to authenticate users with only single snippets of code! If you want more information on this, make sure to visit Moralis’ auth documentation.

However, this is only one of the areas in which the Moralis platform shines. For more information on Web3 development, consider checking out Moralis’ Web3 blog. For instance, learn how to fetch an NFT by address API, pull data from Polygon blockchain, or discover everything you need to know about blockchain syncs! That way, you can take your blockchain development skills to the next level in no time!

If you have ambitions to become a more prominent Web3 developer, sign up with Moralis immediately. Creating an account is free and only takes a couple of seconds; you have nothing to lose! 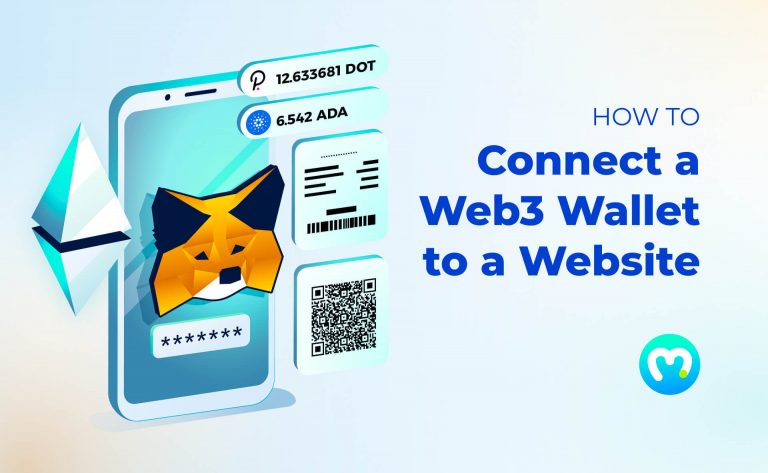 How to Connect a Web3 Wallet to a Website

For many developers, building a webpage is a walk in the park. But, when converting to or implementing Web3, many 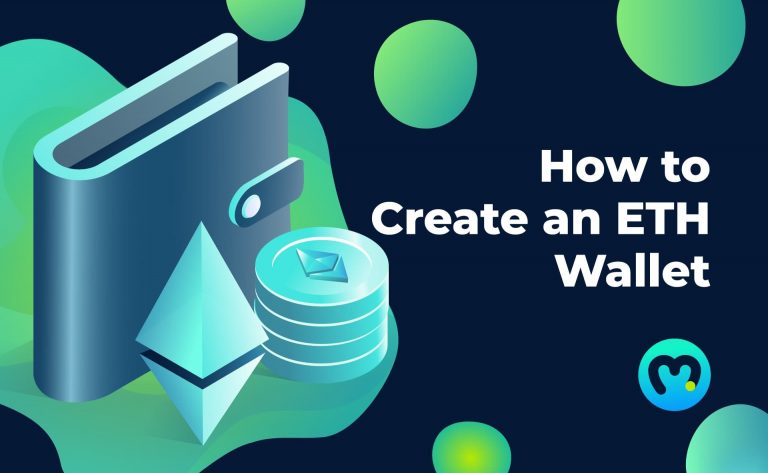 How to Create an ETH Wallet – Full Guide

With the quickly evolving decentralized Web3 internet and the spike in inflation rates of traditional currencies, we’ve seen that more 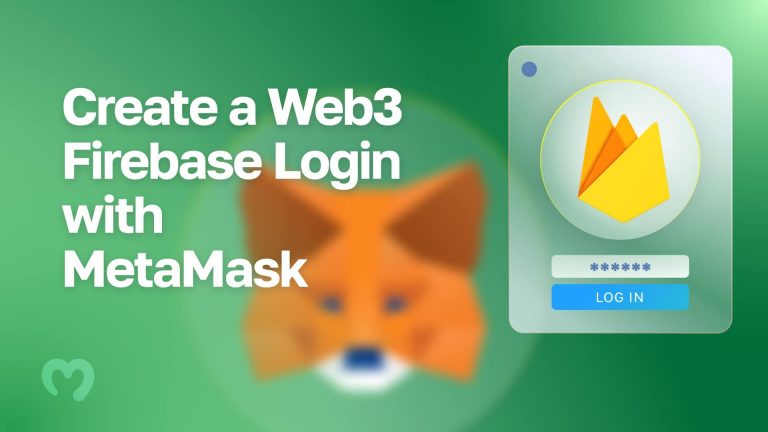 No matter what type of Web3 projects you set out to create, a central functionality most dapps (decentralized applications) require