Web3 Frontend – Everything You Need to Learn About Building Dapp Frontends 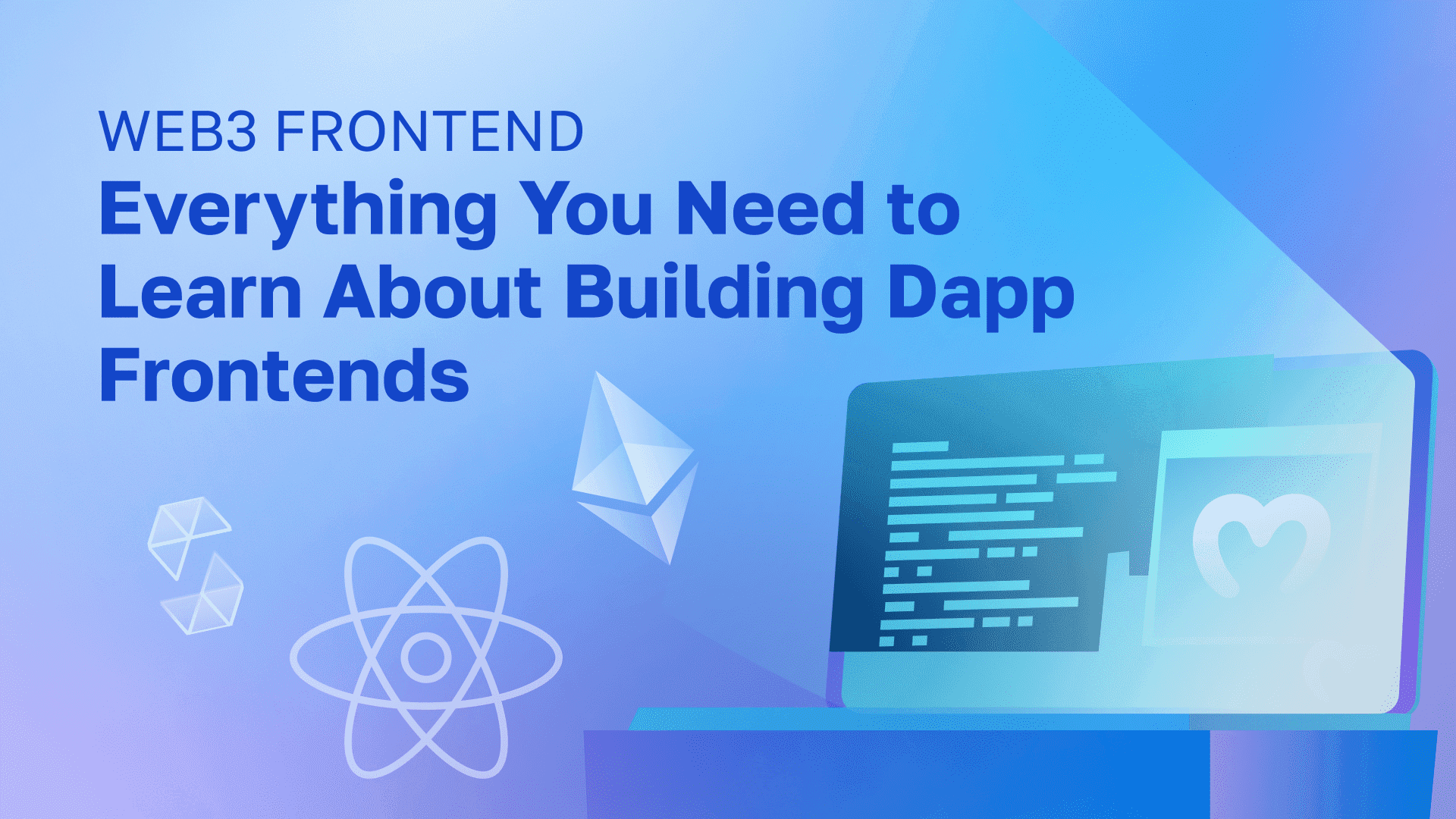 The advent of the decentralized web is on everyone’s lips lately. Moreover, new dapps (decentralized applications), games, webpages, and other Web3 projects are popping up everywhere. As a blockchain developer, one of the necessary skills you’ll need to master is frontend development. However, if you’re new to the crypto industry, you might not be entirely sure what Web3 frontend development entails. In this article, we dive deep into the intricacies of Web3 frontend development and everything you need to learn about building dapp frontends. In addition, we will explore some Web3 frontend jobs to give you an idea about potential job opportunities!

From a traditional perspective, it’s often the frontend of dapps that are somewhat lacking proper UIs when it comes to the decentralized web. This isn’t surprising as blockchain development was usually done by developers for developers. However, now that Web3 moves closer toward mainstream adoption, developers need to direct more attention toward applications frontends. Fortunately, frontend development doesn’t differ all that much between Web2 and Web3. Despite this, there are still clear distinctions between the two spaces, which we’ll explore further later in the article.

What is a Frontend?

The frontend of applications, websites, dapps, games, etc., constitutes everything a user can see and interact with. Further, we often refer to it as the “client-side”. This includes colors, styles, images, animations, graphs, tables, buttons, text, menus, and much more. To provide an example, your interactions here at Moralis, such as the text you’re reading, the “Start for Free” and “Login” buttons at the top, and the images are all part of Moralis’ frontend.

Two essential components of a dapp’s frontend are the user interface (UI) and user experience (UX). However, what exactly are these two concepts, and how do they differ? To answer this question, we’ll progress by exploring the intricacies of UI design. After, perhaps you will take the next step in looking for Web3 frontend jobs as a Web3 UI designer?

The UI of a webpage, application, or dapp is the space where user interactions occur. The main objective of a UI is to facilitate a seamless UX, which is achieved by making the interface intuitive and easy to navigate. Creating a good UI can be quite tricky; however, the process can feel like a breeze with the right tools (more on this later)! Now, let’s look at three essential UI elements: interactive design, information architecture, and visual design.

As UI design can be relatively tricky, it’s beneficial to utilize tools that can aid in this process. When it comes to Web3 frontend development, you should check out Moralis’ web3uikit. This is a Moralis-built UI toolkit for Web3, making it significantly easier for developers to create great-looking Web3 apps! Now, let’s dig deeper and learn more about another frontend component you might be interested in while searching for Web3 frontend jobs: user experience.

Meanwhile, the UI primarily focuses on the space in which users interact with an app or website; UX encompasses the entire customer journey. Accordingly, UX design is more directed towards customer research, testing design, and creating customer personas. This suggests that UX designers in various Web3 frontend jobs continuously need to work with the customer in mind when making any strategic decisions.

However, it’s important to know that UI and UX are two concepts closely interconnected, and the border between the two can become somewhat blurry. But, a distinction generally made is that UI design is mainly concerned about how a product looks and functions; meanwhile, UX is more about the overall feel of an experience when using a product.

With a somewhat better understanding of what a frontend is, we can move on and take a closer look at what frontend development entails. However, before that, if you’re interested in UI design, please check out our article on how to create a great dapp UI!

What is Frontend Development?

An application, website, or dapp frontend constitutes everything from what users can see to more interactive elements such as buttons and input fields – and frontend development essentially entails implementing these components.

As such, frontend developers are in charge of structuring, designing, and implementing everything visible to users. What’s more, the main objectives of a frontend developer are responsiveness and performance. This means they’re assigned to create an effective and efficient UI that users can easily navigate and interact with. As this is the case, it’s beneficial if a frontend developer works closely with UX design since it is so intimately interconnected with the UI of an application or webpage.

Moreover, it’s generally the responsibility of frontend developers to ensure that an app or site is responsive. This means that it appears correctly on all sorts of devices. Further, the app or site needs to behave and appear as normal on screens of all sizes.

So, now that we know what a frontend developer is and the responsibilities within this field, let’s look at the necessary skills for becoming proficient in frontend development!

When it comes to web development, developers essentially need to be proficient in HTML, CSS, and JavaScript. These three are crucial components of frontend development. This section will explore more about each of them, starting with HTML.

In addition to HTML, CSS, and JavaScript, frontend developers can also benefit from understanding frameworks and libraries. These are essential tools that make frontend development more accessible and significantly more efficient. Frameworks are prewritten code modules for recurrent elements such as search and login interfaces. Frameworks are easy to incorporate, and two popular examples are AngularJS and React.

Libraries are a collection of extensions and plugins, and they help add already built elements to a webpage. There are many different libraries available; however, in the following section, we’re going to take a closer look at Web3.js as this constitutes the most significant difference between Web2 and Web3 frontend development!

Fortunately for us, there are a few significant differences between Web2 and Web3 frontend development. Even though this is the case, dapps and other Web3 projects have unfortunately been lacking when it comes to the frontend, which is somewhat contradictory.

Fortunately, this is no longer the case, thanks to IaaS platforms such as Moralis. The Moralis operating system takes care of most of the heavy backend development, allowing blockchain developers to allocate more time towards the frontend.

However, even though there are many similarities between the fields, there are still some differences we need to consider, and the main difference is Web3.js. Web3.js is a collection of JavaScript libraries allowing developers to, for example, interact with a local or remote Ethereum node. An interaction that occurs either through an HTTP or IPC connection.

This means that the most significant difference between Web2 and Web3 frontend development is knowledge of this library. As such, it’s highly beneficial to have some proficiency in Web3.js to successfully navigate frontend development within the crypto realm. You can learn more about Web3.js in our article called “What is JavaScript and Web3.js?“. What’s more, you can check out the Moralis blog to read up on additional JavaScript libraries.

With Web3 moving closer toward mainstream adoption, creating great frontends is becoming more pressing than ever. As less tech-savvy people enter the world of crypto, the industry requires frontend developers that can create more intuitive UIs. As such, the opportunities within Web3 frontend development are greater than ever. So, in the following section, we’re going to present three different types of Web3 frontend jobs.

These are only three examples of Web3 frontend jobs, and there are many more to explore on your own!

Due to the inherent complications with Web3 backend development, this is, from a traditional perspective, where blockchain developers have to allocate most of their time. As a result, dapps have generally been lacking certain aspects of frontend, UI, and UX development. However, with the emergence of operating systems such as Moralis, developers now have the opportunity to focus more on frontend development.

This is all possible due to the underlying backend infrastructure that Moralis provides. Contingent on this, in combination with development tools such as Moralis’ NFT API, etc., it’s possible to significantly cut down on development time. In fact, as a user, you’ll have the possibility to cut your average development time by a whopping 87%!

Moreover, now that Web3 moves towards mass adoption, it’s becoming increasingly important to develop intuitive frontends. What’s more, this presents opportunities for programmers as the demand for Web3 developers is increasing. As such, we delved deeper into the intricacies of Web3 frontend development to provide you with an overview of what it entails and the skills necessary. Also, we took a closer look at some Web3 frontend jobs, giving you an idea of what the field entails.

Moreover, if you have ambitions to get into blockchain development, you’ll find everything you’ll need here at Moralis! So, sign up with Moralis and begin developing your first Web3 project in no time! 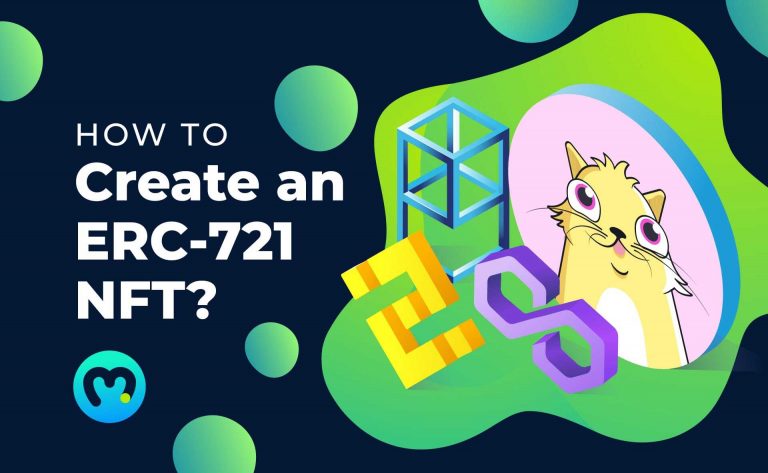 In this article, we’ll take a closer look at how you can create an ERC-721 NFT. In doing so, we’re 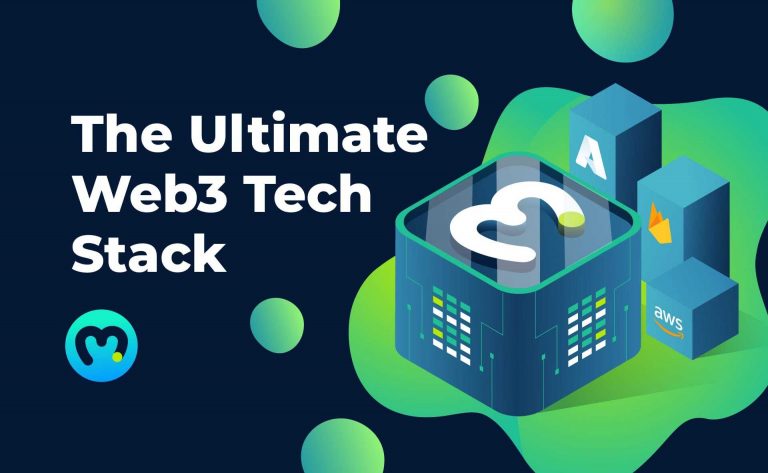 In this article, we’ll take a look at the Web3 tech stack and explore its different layers. However, if you’d 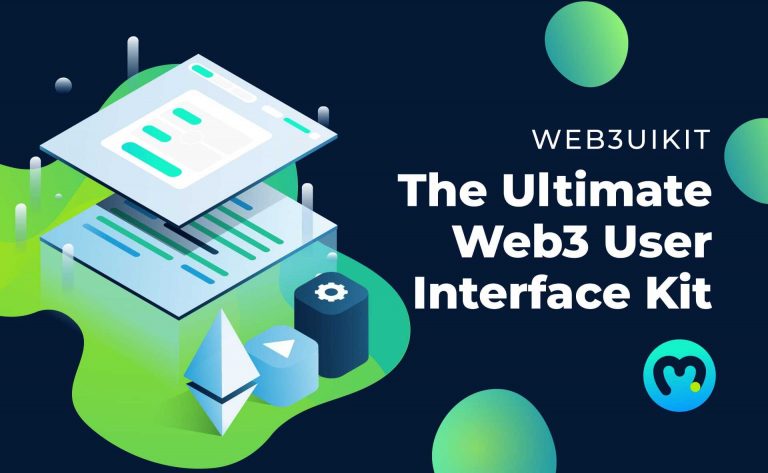 This article will introduce you to why Web3 development needs better frontend UI development tools, and how Moralis’ web3uikit provides