Compete for the Future

Put yourself at the forefront of the developer world and participate against other development teams.

The total Moralis Avalanche Hackathon prize pool is currently at $500,000 and counting. In fact, just the main top three prizes total more than $175,000.

There will also be secondary prizes provided by the sponsors.

Just the top three prizes for the Moralis Avalanche Hackathon are worth over $175,000.

The full details about the secondary prizes from our hackathon partners and sponsors will be revealed soon, be sure to check back!

Projects that enter the hackathon have to be built with Moralis and Avalanche in mind in order to compete for the top 3 prizes!

For the best result, we encourage you all to join our Discord community, share and learn with everyone there!

Best Use of Chainlink Tech

Best Use of the Covalent API

Best Use of IPFS or NFT.Storage for Content-Addressed Data

The First Index on Avalanche

You want to join the Moralis Avalanche hackathon? Great!

The rules are simple 👇

How we will judge your dapp

The Moralis Avalanche Hackathon judges will judge submissions based on five key criteria:

How to submit your dapp

You will receive a link to a form where you can submit your project details a week before the hackathon deadline.

To be considered for the top three prizes, projects must be built on Avalanche using at least one product from Moralis’ integrated suite of developer tools:

Avalanche and Moralis are rewarding $175,000 in bounties to the top three overall project submissions in the hackathon. The winners will be decided by a panel of judges from Ava Labs, Moralis, and other project and VC partners. Teams that are competing for bounties sponsored by other partners in this hackathon, will be eligible to participate for the top three prizes as well.

All bounty prizes will be awarded after the judging.

The winner announcement date for the bounty winners will be February 21st.

The Grand Prize submissions will be judged by a panel of experts from Ava Labs, Moralis, and other prominent VC and project partners.

The finalists will be invited to give a live, 5 minute virtual presentation with 1 – 2 minutes of live Q&A. A panel of judges will make the final decision on winners. Grand prize winners are announced at the conclusion of the event. All decisions will be made at Avalanche’s sole discretion and are final.

The winners of the Moralis Avalanche Hackathon will be announced on the 21st of February, 6 PM – 8 PM UTC, during the Demo Day ceremony.

Competing in this hackathon will bring lots of attention to your project and team, but winning this hackathon can catapult you to an entirely new level. We can’t wait to see what you build!

How the winners will be paid

After the results of the hackathon have been announced, the 3 main winners will receive their prizes within 1 month. The winning teams team leader will have to provide a cryptocurrency address or banking details to the sponsors to facilitate the payout. There may be KYC checks if necessary. 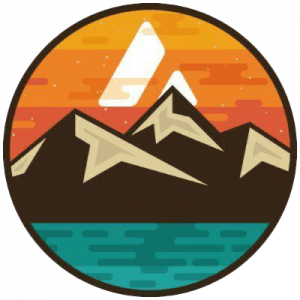