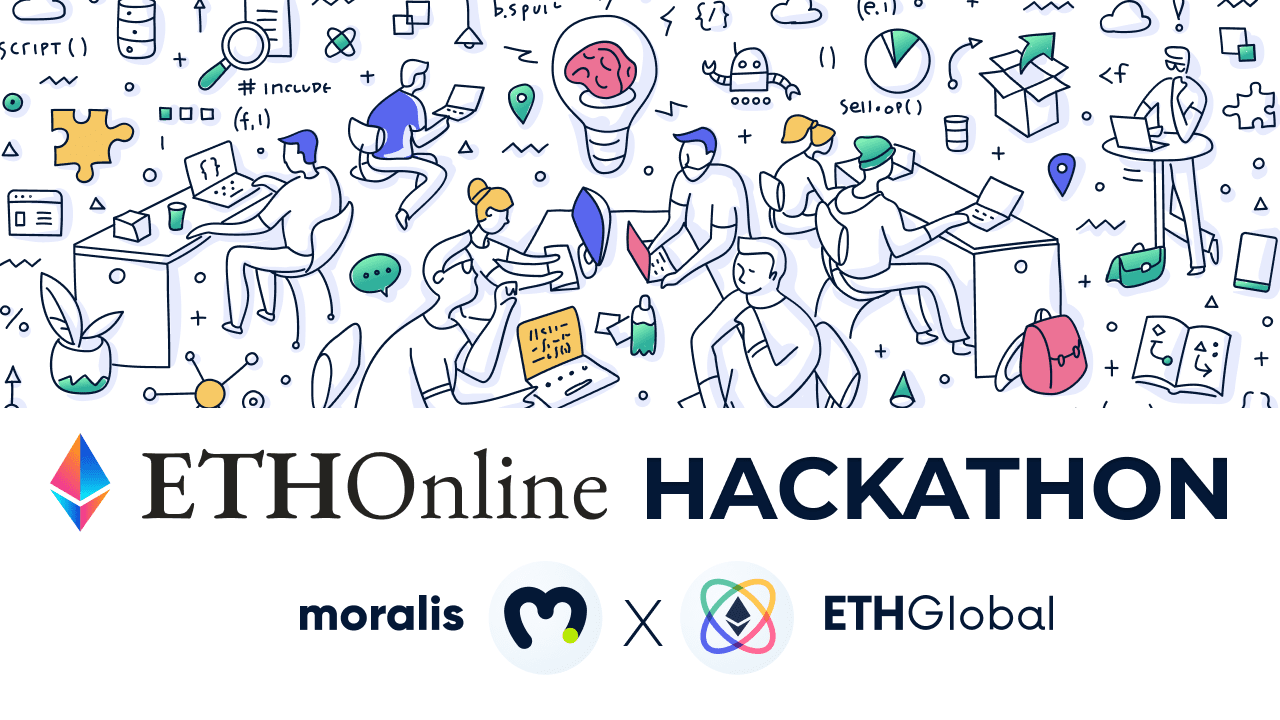 We at Moralis are proud to join ETHGlobal’s biggest event of the year, the 2021 ETHOnline Hackathon, as an official sponsor! Read on to learn more about the hackathon and Moralis!

If you build using Moralis, you will be able to bring your dApp to market in days rather than months. The Moralis SDK gives you easy access to simple JavaScript functions to authenticate users, receive on-chain in real-time, view smart contracts, and much more. Moreover, using a Moralis Server gives you instant access to a fully managed blockchain backend infrastructure. Sign up for Moralis today to check it out – it’s free!

If you use Moralis in the ETHOnline Hackathon, you will be competing for one of the biggest prize pools in the hackathon. Specifically, projects using Moralis will compete for three different Moralis Prize Tiers. The project that comes in first place will win $7,000, while the second-best project will receive $3,000, and the team that comes in third will win our third-place prize of $2,000.

Projects competing for the Moralis prize pool in the ETHOnline Hackathon will be judged depending on three core criteria. These relate to usability, innovation, and Moralis utilization. As such, your dApp needs to be usable, bring something to the table in terms of innovation, as well as utilize Moralis well to win one of the Moralis-specific prizes.

In order to see the full potential of Moralis and whether you are making the most of it, be sure to check out the official Moralis documentation.

As such, developers can use Moralis to develop, test, and deploy their dApps in minutes rather than weeks. Furthermore, Moralis’ plug-and-play functionality means you can get powerful functionality into your dApps with just a few snippets of code. In addition to this, Moralis Plugins allow developers to create their own functionality that’s fully compatible with the wider Moralis ecosystem. This is why Moralis is becoming the go-to choice for everything from NFT programming or to build dApps on Ethereum.