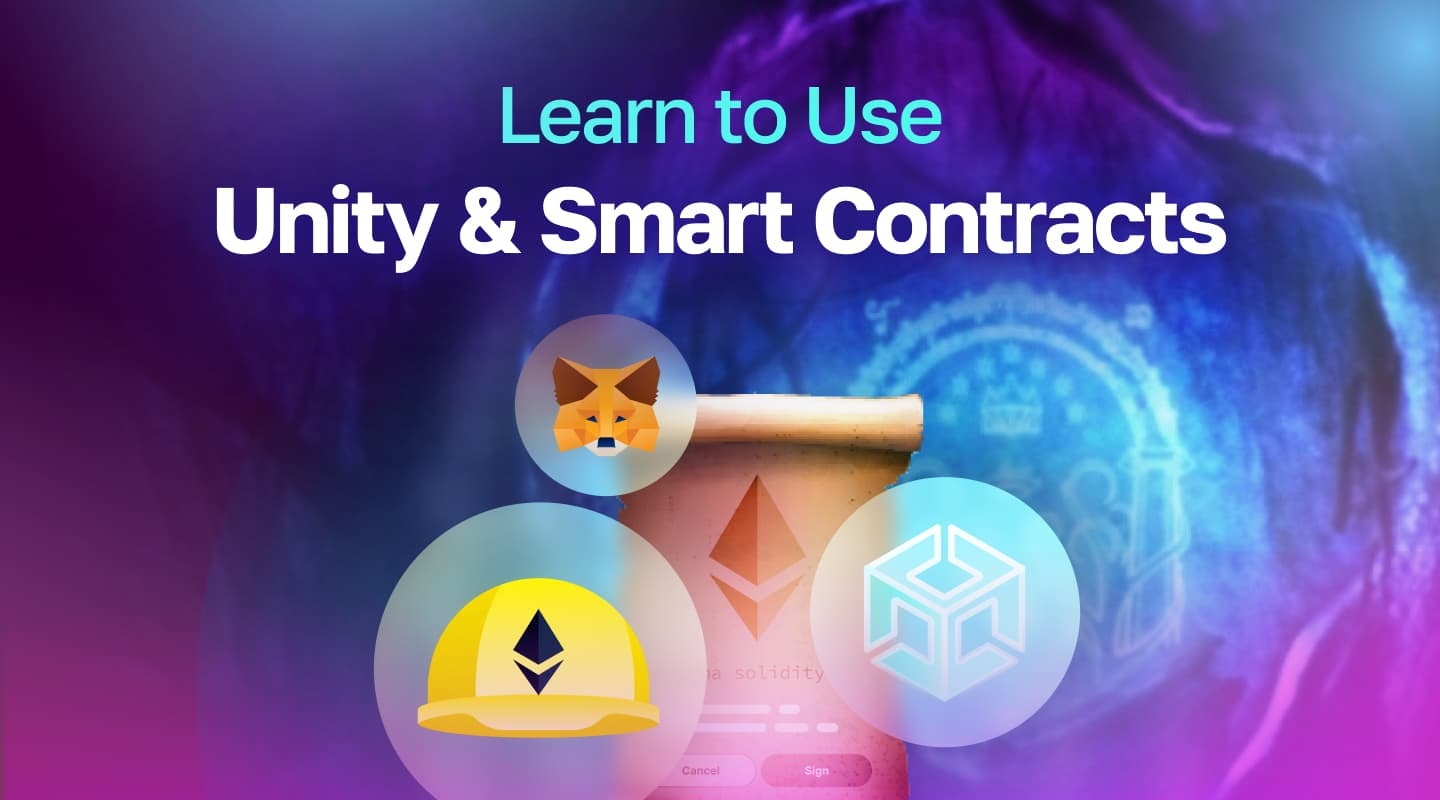 Moralis Projects – Interact with a Smart Contract from Unity

In this week’s Moralis Project we’ll learn how to interact with a Smart Contract from Unity! Using Moralis will make this super fast and simple. 😄

New Moralis Projects drop each Saturday, so make sure to join the Moralis Discord server in order to take part in the challenges! Join in each week to build a killer Web3 portfolio, and bag yourself an exclusive builder’s NFT too.

First, we’ll take a general look through the project so you can see the big picture, then dive into the specifics – deploying the smart contract using Hardhat, and calling a function of that contract from Unity. We’ll also learn how to listen to the contract event in Unity.

Once downloaded, navigate to the unity folder and you’ll find all the unity tutorials. Open unity-web3-smart-contracts with Unity Hub, and you’re ready to go!

If you open the Unity project, the first thing that you’ll find is the Moralis Web3 Setup panel:

Set your server name and your closest region. Now, choose Polygon (Mumbai), as we’re going to be deploying the smart contract to this chain. Finally, click on Add Instance:

The server (Dapp) will now be created!

If you close the panel by accident, don’t panic. You can find it in the top toolbar under Window → Moralis → Web3 Unity SDK → Open Web3 Setup.

Now hit Done. Your Moralis Server is set up. Nice!

Start off by heading to Assets → _Project.

Here, you’ll find all the assets I created for this particular project, including the scripts and Main Scene. Go to the Main Scene (if you’re not already there), and take a look at the Hierarchy:

As you can see, we’re using the new AuthenticationKit that’s now available thanks to my colleague Sam and the Moralis Unity SDK team (amazing work guys!).

The AuthenticationKit is a super powerful tool. It can handle the authentication on any platform that we choose to build on with Unity. You can find out exactly how it works by checking out Sam’s video:

For now, all you need to know is that the AuthenticationKit has some events you can subscribe to. When it connects or disconnects, for example, we’re going to execute this:

We’ll go deeper into this later, but as you can see we’re basically calling GameManager functions. This is the main script of this project. It takes care of communicating with the smart contract and activates or deactivates these panels depending on the state.

For now, let’s hit Play and see if we can log in. Make sure to have the Mumbai Testnet selected on your MetaMask mobile, topped up with some test Matic. You can get free Testnet MATIC tokens by following this guide.

Before going deeper into the GameManager, let’s deploy the smart contract that we will be interacting with.

Remember, you need to have MetaMask installed on your browser too, with the Mumbai Testnet imported and with some test MATIC in it. Here’s the guide on how to get free testnet MATIC again.

Next, you need to make sure Node.js is installed before continuing:
https://nodejs.org/en/download/

Alright, now let’s get into it!

Create a folder in your desktop. I’m going to name mine “MoriaGates-Hardhat”, but you can call it whatever you like. Open Visual Studio Code, then open the folder that we just created:

Now we’re going to execute some hardhat commands! Don’t worry, I’ve got some instructions ready for you to make it easy.

Start by going to Unity. Under _Project → SmartContract you’ll find the instructions, along with some other files we’ll need later.

The INSTRUCTIONS.txt are there for you to refer back to whenever you need. Let’s follow them now.

Open the terminal in VS Code, and make sure you’re under the Moria-Hardhat folder. If not, you can move to the desired folder through the cd command.

Now let’s install hardhat by executing these two commands, one after the other:

Great! Now it’s time to install the dependencies. Execute all these commands one after another:

Once the dependencies are installed, we need to replace some of the newly created files with the files from the Unity folder under Assets → _Project → SmartContract.

Let’s start by replacing the Greeter.sol, which is the sample smart contract that comes with the basic Hardhat project for the MoriaGates.sol.

As you can see, MoriaGates.sol has an event called CorrectPassword, a bytes field called magicPassword and an owner address.

In the constructor, we can see that when we deploy the contract, it will need a bytes32 parameter that will be saved as the magicPassword and the owner will be the wallet that deploys it:

Now let’s find the OpenGates function, which is the one we’ll call from Unity.

It needs a string parameter, and we’ll make it public without requiring being an owner. This is because we want to call this function from our mobile MetaMask wallet, which won’t be the one deploying the contract. This also means it is NOT a production-ready contract, so keep that in mind!

Here’s how we do it:

Ok! This function converts the string parameter that will come from Unity to a hash using the hash function and compare it to the magic password. We’ll then trigger the CorrectPassword event passing a true or false value depending on if the password is correct or not.

Now it’s time to replace the sample-script.js under scripts for the deploy.js under the Unity folder under Assets → _Project → SmartContract:

This is the script that we’ll execute through a command later to deploy the MoriaGates.sol contract, so that’s exactly what it does. First, we’re hashing a string parameter that will be the magicPassword when the contract is constructed. In this case, I used “Mellon” which is the elvish word for “Friend”:

Then we deploy the contract passing this hashed password:

After that, we wait for the contract to be deployed so we can finally verify it, and see the whole code and events on PolygonScan:

Great! Now it’s time to create a .env file, so we can fill it with some credentials that we need to deploy and verify the contract. You could create the file, but for now, you can just copy it from the Unity folder Assets → _Project → SmartContract. Copy it to the root of MoriaGates-Hardhat:

We’ll start by filling POLYGON_MUMBAI which needs to be the RPC Node URL of the Mumbai Testnet. Head to the Moralis Admin Panel (https://admin.moralis.io/servers), where we created the server, then go to Speedy Nodes → Polygon Network Endpoints and copy the Mumbai one:

Paste it on POLYGON_MUMBAI under .env and it should look like this:

Next, let’s enter the API_KEY.

This needs to be the PolygonScan API key, so go to PolygonScan and create an account if you don’t have one. Then, under “YourAccountName” → API Keys you can create the API Key you need.

Once you’ve got the API Key, copy it to the .env file:

Finally, we need to add the PRIVATE_KEY, which is the private key of your browser MetaMask wallet.

REMEMBER: Never give your private key to anybody!!

Check out this blog on how to get your private key. Once you have it, paste it into the .env file:

Alright! The last thing we need to do before deploying the contract is to replace the hardhat.config.js file with the one under our Unity folder. Do that, and you’ll see it in the module.exports section we use the fields that we just filled on the .env file:

Now it’s time to deploy the contract! We just need to run these commands one after another:

And voilà! After a minute or so, we have our MoriaGates.sol contract deployed and verified! If we copy the contract address that appears as a log in the terminal and paste it on PolygonScan we should see the contract there:

As mentioned earlier, GameManager.cs is the main script in this project.

It takes care of the interaction with the contract. Open it, and you’ll see that it needs the contract address and the contract ABI, so let’s add that in:

Now, before pasting the value in GameManager.cs, we need to format it.

Head to https://jsonformatter.org/. Paste the ABI on the left side, then click on Minify/Compact:

Next, click on the right side, press Ctrl + F and type “

Click on All to replace it in all the text:

Ok, now copy the formatted ABI, go back to GameManager.cs, and paste it into ContractAbi:

Before continuing with the GameManager, we need to set up something very important in the Moralis Admin Panel, which is listening in to the CorrectPassword event of the contract.

Here’s a full guide on how to sync and index smart contract events, but basically these are the values you need to fill in for our contract:

Click on confirm when you’re ready, and your database will be updated with a new MoriaGatesEvent object, created every time the contract emits the CorrectPassword event:

Now go to the beginning of GameManager.cs, and you’ll see we have a MoralisObject called MoralisGatesEvent.

We’ll get notified in Unity whenever a new MoriaGatesEvent gets created in the database, thanks to the SubscribeToDatabaseEvents() function:

We do that by subscribing to the onUpdateEvent of the queryCallbacks and we call HandleContractEventResponse() which basically activates the right UI panel based on if we guessed the correct password:

Remember that the event CorrectPassword in the smart contract passes a bool, so the MoriaGatesEvent object we receive in Unity, by being subscribed to the onUpdateEvent, also carries this bool value.

Now for the most important part of this tutorial!

How do we send the password that we type in the game to the contract, so it can check if it’s correct or not?

Then, when we click the ENTER button, we call a GameManager.cs function called OpenGates():

OpenGates() calls CallContractFunction() and passes the input field text (the password that we enter) as a parameter:

And here’s where the Moralis magic comes!

And just like that, we will be calling the openGates() function in our deployed contract. The contract will emit the CorrectPassword event which we will listen to in Unity, and we have the ability to do whatever we want depending on that. Nice!

5. Build the project in WebGL

Now it’s time to test this on WebGL. On the top toolbar go to File → Build Settings and switch to WebGL platform:

After that, make sure you have the Main scene added to Scenes In Build and click on Build And Run. Select a folder and wait for the build process to end:

Keep in mind building a Unity project to WebGL takes some time, especially the first time you build it. After about 5 to 10 minutes you should have it in the browser like so:

You can now try logging in with different passwords and see what you get as a response. Remember that the correct password is Mellon, so type that and wait for the event to emit. Using Mellon you should be getting the CORRECT response:

You have completed the Unity & Smart Contracts tutorial. Well done! 😀

Level up your web3 development skills by building weekly projects. 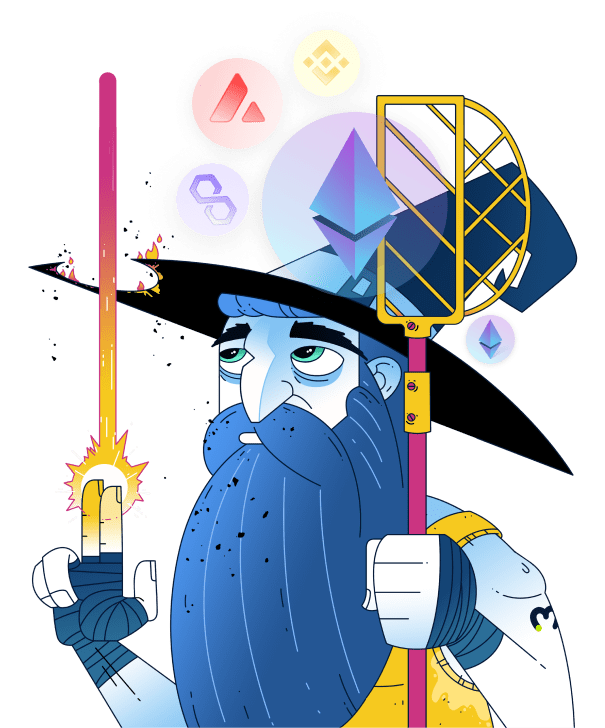 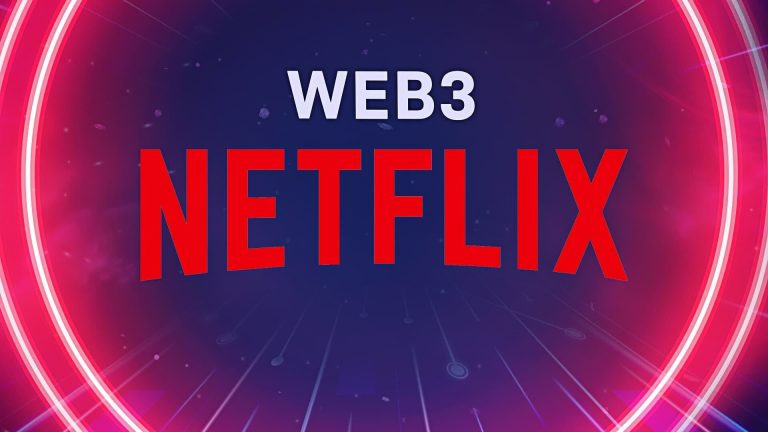 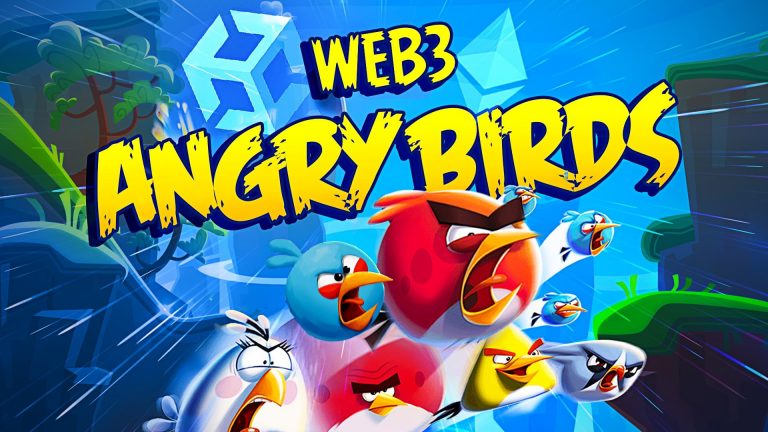 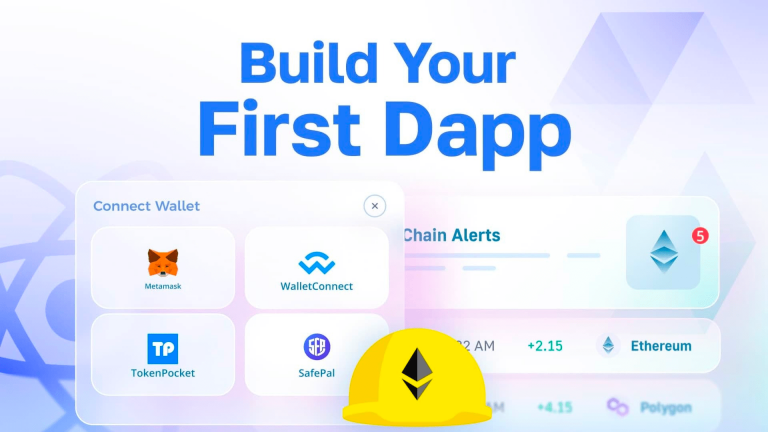 Just starting your Web3 journey? Then this week’s project is for you!